January is the perfect month to snuggle up with a good book, a glass of wine, or a mug of hot chocolate. Here are two novels and a memoir that are snuggle worthy. If you like “who done its,” Cut by Cut is a thrill ride to the last page. The Clover Girls will keep you thinking about friendships. Crying in H-Mart: A Memoir, embodies the pain and love of a mother/daughter relationship

Cut by Cut – A Thrill Ride to the Last Page 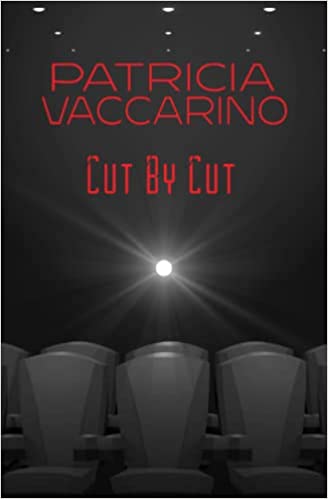 Who killed film director Harry Hill and his film stylist Jewell Clearly? Patricia Vaccarino has written a gripping page turner using a most unusual time construct. Cut by Cut, which takes on multiple meanings, plays out in one day moving back and forth in time throughout the day. Told from the camera’s POV, each chapter is a scene, and each scene is time-stamped and out of sequence, reflecting the way videotape is shot. It’s a construct that the author plays with perfectly adding to the intensity of the story. The city of Seattle is a key background player heightening the book’s foreboding mood on a wild windy stormy day.

So who killed Harry and was Jewel just collateral damage? There are multiple possibilities since Harry is a cruel narcissist intensely disliked by many. There’s his wife Mia, the mother of his two children, whom he delights in degrading and humiliating to the point where Mia has taken to cutting herself. Wendy Wachter, Harry’s longtime producer is raging with anger when she learns Harry is replacing her with, Jewell his latest fling.  Then there’s Wendy’s husband, Ray Wachter, the advertising agency executive who has a thing for Jewel. Adding further to the list of those with motives is Sollie Berg, the sly and manipulative owner of the film production company; a young key grip, Steve Olin who longs to be a director; and the maniacal film editor Kenny Kix. They all hate Harry Hill and would like nothing more than to see him dead.

The cast of characters are a combination of ruthless, cutthroat, pathetic and needy. All are looking to make their mark in the business of filmmaking, a business the author knows well, making this book feel very much like an insider’s view.

So who killed Harry? This is a thriller that will keep you guessing to the last page, and maybe even beyond.  GET THE BOOK.

The Clover Girls Will Keep You Thinking About Friendships 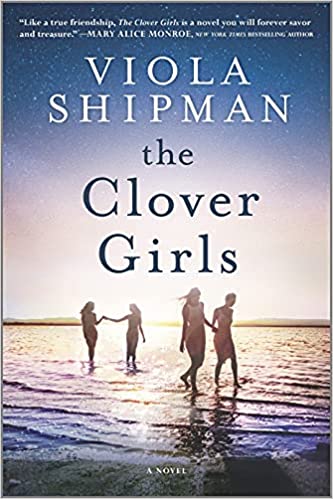 Viola Shipman’s The Clover Girls, features Elizabeth, Veronica, Rachel, and Emily who met at Camp Birchwood as girls in 1985.  They were known as the Clover Girls for four years until the last summer that pulled their friendship apart.  They had thought they would be best friends forever.

The women are now approaching middle age and facing several challenges with their marriages, children, and careers.  As teens they thought they would all live happily ever after, never thinking about all the hardships life can throw at a person.

The last summer the friendship was broken, and they all went their separate ways.  Rachel is a former actress who now is a conservative political TV personality.  She may be the most hated woman in America for her soundbites on nasty politicians.  Once a supermodel, Veronica, is now a stay-at-home mother with no career.  Liz is divorced and taking care of her dying mother.

Liz, Veronica and Rachel receive a letter from Emily with tragic news of her death.  She asks the women who were once best friends to reunite at Camp Birchwood one last time.  Emily asks them to spend a week together to repair their broken friendship.  They will have to sort out the past, which will not be easy in order to move forward as possible friends again.

This book will keep you thinking about friendships long after you have finished the last page.  As someone who values my friendships, I loved this book.  Highly recommend. GET THE BOOK.

Crying in H-Mart: A Memoir – Embodies the Pain and Love of a Mother/Daughter Relationship 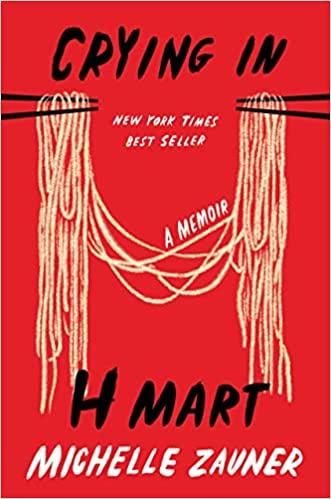 Indie rock star Michelle Zauner, a Korean American musician best known as the lead vocalist and songwriter of the band Japanese Breakfast, turns her creative talents to writing in the memoir, Crying in H-Mart.  Her book portrays a difficult adolescence, ruled by a domineering mother, that evolves into a desperate bond when her mother is diagnosed with a terminal illness.

At the age of 25, Michelle assumes the role of caretaking her mother during her illness, while trying to assimilate her mother’s Korean essence – the skincare routines, housekeeping skills, and culinary talents that define her. In fact, everything that unsettled Michelle as an only child growing up under her mother’s relentless eye, now becomes something precious to engrain into her soul.

The book is richly descriptive of Korean culture, and especially of the cuisine, exotic dishes created from the ingredients sold in “H-Marts.” Every other year, Michelle spends two months in Seoul with her mother and extended family there, becoming acquainted with her grandmother, aunts, and cousins, as well as with the unique habits of their culture.

The narrative is honest and forthright, embodying the pain and love of this mother-daughter relationship.  Michelle’s father is present throughout, but the primary focus is on a daughter’s reckoning with her maternal identity. GET THE BOOK.