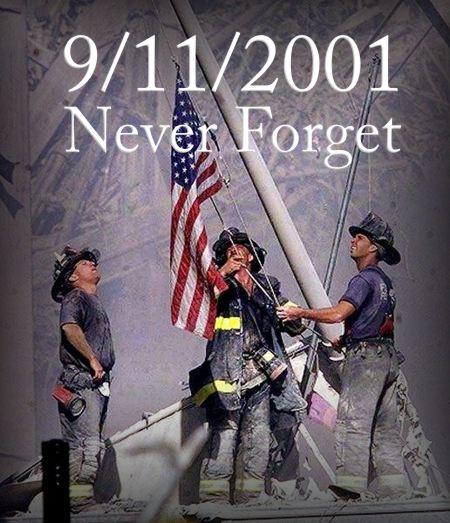 There were no customary afternoon teas in my office during the days immediately following September 11th.  How could there be?  Since the 1980’s, my company had been providing employee assistance counseling services to several Wall Street companies and now they had all been directly impacted by the attack. We were working day and night counseling employees and their families onsite and offsite, all over Manhattan.  I had actually worked at the Towers complex for one organization the day before and had been asked to return the next morning. Very uncharacteristically, I declined and suggested that we begin the project the following week since that Monday was my first day back at work after my vacation and I needed some time with my staff.   On the morning of the 11th, I was in my office on the 34th floor, looking out of my window facing south toward the towers, when I saw the smoke and then the second plane, and ultimately, the towers dissolving as they disappeared forever, leaving my view mutilated and distorted. We watched and screamed in horror, knowing that we were witnessing the deaths of so many people, including probably many of our clients and friends.

It wasn’t as if anyone knew what was really happening that day and I think that is the most difficult part to express to people who were not there.  How could we know that the whole city wasn’t about to fall? We had seen the impossible. Those two noble giants that anchored our City, that held so many sons and daughters and fathers and mothers, were gone in a breath. And when they did go down, they had the grace to fall onto themselves, like a speared mammoth trying to spare its young, they had tried to protect us from themselves.

The phone began to ring endlessly.  So many of the phone lines at the companies were down but our little phone system held out at least for incoming calls. One of the organizations we worked for put our number on a ticker tape in Times Square by mistake and the volume of calls and number of people needing to be seen was overwhelming. We worked like doctors in a M.A.S.H. unit, aching and exhausted, and the wounded kept appearing with their trauma, and pain, and fear, that intensified our own, because no one was immune.

I drank only herb teas – tisanes- during those weeks; despite the fatigue, I was edgy and couldn’t sleep. My chamomile-lavender blend helped fortify what could pass as the inner calm that I had to project as I spoke to groups of employees looking for solace and guidance and hope that one day this awful dream would be over.  Verbena, rose petals, tilleleul (lime blossoms), chamomile, and lavender – I cannot smell the warm scents of these old friends without still being flooded by the memories of that time.  I thought often of the British armed with their strong black and brown blends, Pekoe and Darjeeling, that gave them courage to face the nightly blitz, the daily casualty reports. I held my cup tightly each morning swallowing borrowed bravery. It was a time for a strong brew, but I, I could only manage herbs.  It took several weeks before the protection and strength of Earl Grey, Marco Polo, Prince of Wales would be mine again.

In the days that followed, we worked to solve all of the logistical problems such as more phone lines, more therapists for counseling at multiple locations all over the City and around the country. We spoke to large groups, small groups, and countless individuals in person and on the phone.  People even contacted us from all over the world for information about their loved ones. They were desperate to find someone who could help them with their pain of not knowing.

As the weeks passed, and it seemed that we had put some systems in place and all calls for service were being met, I brought my staff together. It was a tearful tea that day, strong brews and calming herbs. They had been working side by side at times but each person was carrying a full load so there had been no time to share anything. They started out slowly, informally recounting what they had been doing when it happened, and how they managed to get where they needed to be, and how the companies were attempting to deal with everything. Then the stories began, slowly, tearfully, of what they had seen and heard, what was haunting them and not allowing them to sleep at night.  For all its relentless, repetitive review of what happened that day, the media did exercise some restraint when it came to the more grisly details.  But the counselors heard it all, each one extending themselves far beyond the call of duty.

But that is what most good therapists do – they hear things and hold things that no one else wants to hear or hold. We hold them until the person wants them back, or if the experiences are too painful, we hold them forever. That is something managed care doesn’t want to understand when they cut sessions and fees. We remember the little Hispanic girl, her eyes big and bright with horror talking about the dolls that kept falling down from the sky around her. We remember the Asian porter whose son, the great hope of his family, spoke his final words to his father from his cell phone as he succumbed to the flames.

The endless stories come to life again as we approach the 10th anniversary. I am beginning to get calls to speak at organizations that are looking for a way to understand and to assess the impact of what happened to us on that day. Every year, I hear from individuals who need to connect and I suspect this year there will be even more. In the aftermath of 9/11, New York became like a small, connected village. We were patient and kind, protective and loving toward each other. What I have learned over the years about trauma is that the road to recovery begins with what happens immediately after the awful event.  The acts of human kindness after the initial injury can make all the difference. Without this kindness, the trauma has no end in sight, but with it, it is as if something caps it in reality –  something says that it has ended –  and then eventually there can be hope.  Otherwise trauma is relentless and endless and the human spirit stays broken.

As the anniversary draws near, we need our village back. We need that connectedness and caring that we had for a time that got us through. My friend, Arthur Spiegelman, one of Reuters most respected writers and correspondent who had in his day covered all kinds of horrific global events, was in Los Angeles at the time of 9/11, finishing his lifelong tenure as entertainment director. He called me every other night for updates about his beloved New York and the story he was aching to cover. He contributed an article that Reuters staff members put together in a book about 9/11 that quotes my saying that we “had lost our innocence.” And it was true. For all our surface sophistication, often bordering on being jaded, it was only on that day that we lost our innocence. In the space that was left, we learned how to drop the veneer that hides the true core of every New Yorker – a real understanding and acceptance and caring about others that allows us to live, and mostly win, every day side by side in this amazing experiment of diversity.

Some people who had escaped the buildings told us that they had seen angels that day, people who guided them and pulled others out of harm’s way and then disappeared. Some people acted like angels, ordinary citizens of New York, who did things they never thought they would be capable of doing. We were witnesses to acts of quiet goodness and tenderness, acts of kindness and protection that surpassed all the forces of evil that had been let loose that morning, between the sun and New York City, and that is what kept us going. And that has made all the difference.

I offer comfort from the words of William Wordsworth in the Ode: Intimations to Immortality:

What though the radiance

Which was once so bright

Be now forever taken from my sight,

Though nothing can bring back the hour

of splendour in the grass,

of glory in the flower;  we will grieve not,  rather find

strength in what remains behind;

In the primal sympathy

Which having been must ever be;

In the soothing thoughts that spring

Out of human suffering;

In the faith that looks through death,

In years that bring the philosophic mind.

But as a psychologist I only add that “ we do still grieve” and that is why we need each other very much this September. Be mindful of what you feel and what others may feel. If you were not here, or were too young to really understand what happened here, or if you were here and want to stay in denial about the whole thing, be aware and careful with the rest of us.

Drink tea – it will help to calm you and strengthen you. Most of all drink and share the cup of human kindness. We can turn to Wordsworth again who finishes in perfect conclusion:

Thanks to the human heart by which we live,

Thanks to its tenderness, its joy and fears,

To me the meanest flower that blows can give

Thoughts that do often lie too deep for tears.