Here are three books to pack in your beach bag, or take a plane, or just hanging out on a lazy summer day. Assassin’s Lullaby is thriller with unexpected twists and turns. The Liz Taylor Ring is a complex mystery with a bit of romance. And if you like historical fiction, The Personal Librarian, tells the story of Belle Marion Greener who is hired by J.P. Morgan to be his personal librarian

A Thriller with an Introspective Narrative 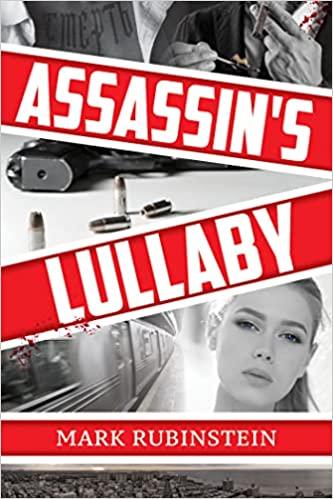 A Brooklyn based Russian mafia boss, Anton Gorlov, hires Eli to eliminate a rival Mafia boss. This starts an adventure with unexpected twists and turns in a world where nobody trusts anyone. Survival is the only goal.

Eli begins to question his life he has been drifting through and decides its time to retire and disappear.  But first he has to survive. His ghostly existence has been exposed; he’s now vulnerable.

Everything You Want in A Book 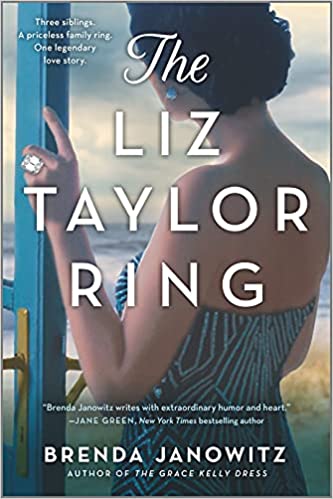 The Liz Taylor Ring, by Brenda Janowitz tell the story of Lizzie Morgan and Ritchie Schneider meeting in 1978.  Their romance began on the beaches and beautiful yachts of Long Island.  They had a very passionate and tumultuous marriage, much like Lizzie’s idol, Elizabeth Taylor and her relationship with Richard Burton.

Ritchie was a gambler .  In the beginning Lizzie found his gambling exciting and fun.  After gambling too much, Lizzie decided this was not the life she wanted.  They separated for nine months.  During the separation they continued to see each.  Ritchie was determined to win Lizzie back. He decided to have one last gamble.  He had a lucky night and  he came away with a huge diamond ring.  It was similar to the 33 carat Krupp Diamond Richard Burton gave to Elizabeth Taylor.  Ritchie presents Lizzie with this eleven-carat diamond ring as they are reunited. After the death of both parents, the three children receive a call from an attorney in the Cayman Islands.  He tells them that a safe deposit box has been found with their fathers name on it.  They all decide to make the trip to find out what is in the box.  They are all surprised to see their mothers diamond ring in the box, as they thought it had been stolen, lost or gambled away.

This book has everything you want in a book, great characters, a complex mystery and a bit of romance.  Brenda Janowitz did an excellent job in switching the point of views and settings, made it very easy to follow.  I loved this book and highly recommend it.  GET THE BOOK.

Meticulously Researched and Well Worth Your Time 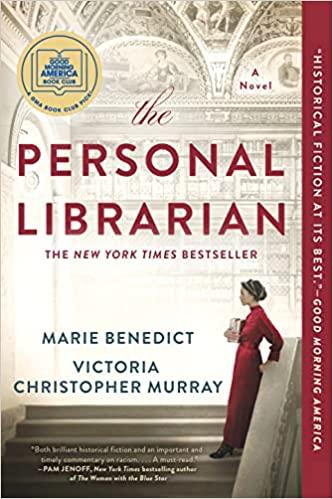 It’s a delightful surprise when we come across someone in history that we never knew, but someone who led a remarkable life that touches on so many issues relevant to us today.  Racial and gender discrimination, workplace sexual harassment, and family pressures are overcome by the protagonist of The Personal Librarian, by Marie Benedict.

In her early twenties, Belle Marion Greener is hired by J.P. Morgan to be his personal librarian and help him acquire and curate rare books and manuscripts for his newly built Pierpont Morgan Library in New York City on Madison Avenue.  But unknown to Morgan, Belle is an olive-skinned black woman whose mother goes to great lengths to have her family live white.  She convinces Belle to change her name to Belle de Costa Greene and claim she is of Portuguese heritage which allows her to pass for white.

Belle became a fixture on the New York society and the global art world, known for her impeccable taste and shrewd negotiating as she helps build a world class collection.  She artfully navigates harassment from male counterparts, occasionally J.P. Morgan himself all the while living the charade that she is white.  She makes incredible sacrifices in her personal life to advance her career and support her mother and siblings. GET THE BOOK.