We have three book suggestions. The first is a classic, Hemingway’s A Farewell to Arms, the Library Edition, which includes all 39 endings that he wrote for the book. A Sudden Light is the bestselling author of The Art of Racing in the Rain. And The Cicada Tree is a Gothic novel of intrigue and suspense. 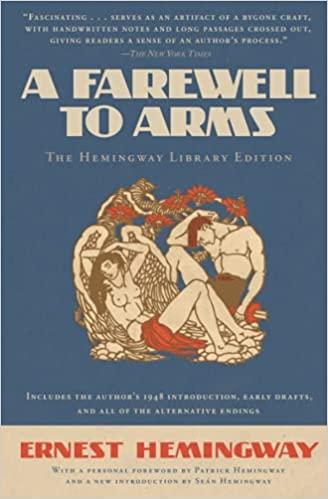 Sometimes it’s great to go back to a classic and re-read it. It’s amazing how a book you may have read years ago, will feel fresh and new and the years (yours) brings a fresh perspective to it. And so it is with Ernest Hemingway’s A Farewell to Arms. He has always been one of my favorite writers and one of the finest novelists ever.  His prose is simple yet powerful. He doesn’t go into elaborate descriptions and feel his narrative with superfluous words, or thesaurus words that hopes will impress.

In this version, “the Hemingway Library edition, the 39 alternative endings he wrote, along with early drafts of other essential passages, offering new insight into Hemingway’s craft and creative process and the evolution of one of the greatest novels of the twentieth century. Featuring Hemingway’s own 1948 introduction to an illustrated reissue of the novel, a personal foreword by the author’s son Patrick Hemingway, and a new introduction by the author’s grandson Seán Hemingway, this edition of A Farewell to Arms is truly a celebration. GET THE BOOK.

A Sudden Light is a Captivating Novel 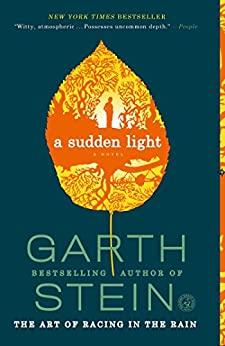 Garth Stein captured my imagination with his bestseller, The Art of Racing in the Rain, and continues to captivate in his later book, A Sudden Light. Told from the perspective of Trevor, a smart 14-year-old whose nickname “Clever Trevor” aptly describes his quick wit and investigative skills, the plot unwinds with suspenseful twists.

Trevor has joined his father, Jones Riddell, on an excursion to the infamous Riddell House. Built from the spoils of a massive timber fortune, the legendary family mansion is constructed of giant whole tree trunks and is set on a huge estate overlooking Seattle’s Puget Sound. Their mission is to join forces with Aunt Serena, put elderly Grandpa Samuel in a nursing home, sell off the house and property, and divide up the profits. Trevor is invested in the mission in hopes that the settlement will reunite his bankrupt parents and bring his mother back from England where she has fled to be with her family. However, as he explores the house’s hidden stairways and forgotten rooms, he discovers family secrets that reveal that the mission may be at odds with the true destiny of the land.

The Cicada Tree – a tale of intrigue and suspense 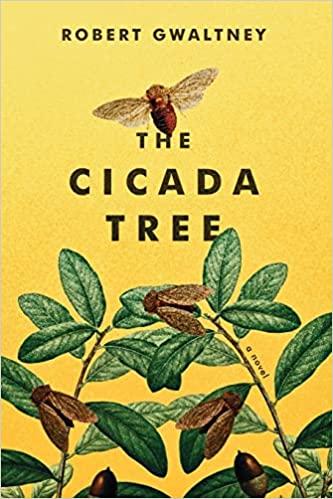 Robert Gwaltney’s The Cicada Tree is set in the summer of 1956 in Providence, Georgia.  This is a place where racial segregation and social class division serve as a background for such a fascinating story about two families, one being very wealthy.

The story begins with two eleven-year-old girls, one white and one black.  Both are third graders, best friends and collecting bushels of cicada husks in their backyard.  Analise is the piano playing daughter of Claxton, the town drunk and Grace Newell.  Etta Mae is an orphan girl living with her grandmother, Miss Wessie.  Miss Wessie is the live in made for Claxton and Grace Newell.  Etta Mae also has a musical talent; she has the voice of an angel.  I really enjoyed reading about these two girls and their friendship. Analise visits the Mistletoe plantation, owned by the wealthy Cordelia Mayfield and her husband.  She meets them along with their daughter, Marlissa and becomes obsessed with the family.  Mainly becoming best friends with Marlissa.  Mrs. Mayfield and Marlissa are beautiful and sophisticated, this is known to all as the Mayfield shine.  Analise can hardly focus on her own life for thinking about a friendship with Marlissa.   This obsession leads her to some dangerous games, manipulation and setting off a chain of events with life-altering consequences.

This was Robert Gwaltney’s beautifully written debut novel. I absolutely loved the way Robert wove an astounding tale of intrigue and suspense in this story.   The descriptions are so rich and believable, you will think you are right in Providence, Georgia with Analise and the others.  I highly recommend this novel. GET THE BOOK.