Our Tomato readers have three novels to recommend. The Maid is a heartwarming who dunnit. The Secret of Rainy Days focuses on long lasting friendships that pull you through the tough times. Danielle Steel’s The Butler is the not the usual love story she is know for.

A Heart-Warming Who Dunnit 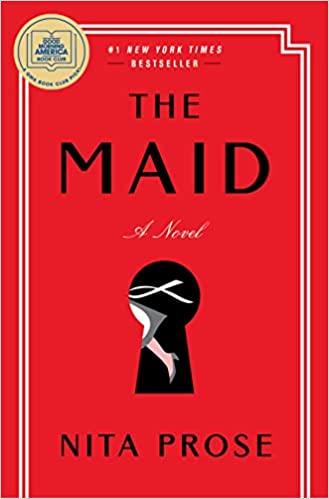 Fall in love with this delightful heroine who is a societal misfit but kind-hearted and well-intentioned. As Molly the maid goes about her rounds at the Regency Grand Hotel, returning the guest rooms to a state of perfection, her dearly departed Grandmother’s caveats guide her every step of the way.

While likely on the spectrum, Molly is a bit robotic, adhering to her fixed rules of behavior without room for interpretation. Staunchly ethical, she treats everyone – the staff, the guests – with dignity and respect.  Her rules of etiquette are above reproach, and her routine is unshakeable until the day she walks into Charles Black’s room and finds it in a state of disarray, with Charles himself dead on the bed.

This sets into motion a whirlwind of police investigation with Molly as the lead suspect. Her lack of understanding of human behavior leads to her being easily manipulated. Caught in a web of deception which she doesn’t know how to navigate, Molly finds herself deceived by those she thought were her friends and supported by friends she never knew she had.

Nita Prose’s The Maid, is a heart-warming who dunnit, with a study of human nature, the human spirit, and connections to the human heart. GET THE BOOK.

Long Lasting Friendships that Pull You Through 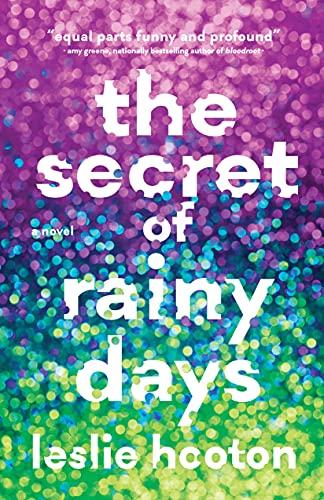 In Leslie Hooton’s The Secret of Rainy Days, her story focuses on Nina Enloe, also known as “Little Bit” who grew up in Erob, Alabma.  Her grandmother Nina “Biggie” Barnes Enloe was tough and controlling.   Since Nina was her name sake “Biggie” thought she could boss her around and make all of her decisions for her.  If she is not being bossed around by “Biggie”, then it is her best friend Win doing the bossing.  “Bit” feels the only decision she has ever made in her life is her friendship with Avery.  She met Avery at her father’s funeral.  “Bit” was having a tough time accepting his death because he had committed suicide.

After college “Bit” moves to New York City to begin her law career.  She believes she can make a fresh start and wants to be known as Nina.  She has a successful job and even begins to date.   She is really enjoying her new life in the city.  She returns to Erob when her grandmother passes away.  “Bit” finds out that she has inherited her grandmother’s house but with a catch to it.  She decides to return to New York and keep the house for weekend visits. “Bit” is faced with yet another unexpected heartbreaking loss, she realizes she must return to Erob for good, giving up her New York Life.  She knows this will not be any easy transition.  “Bit” does learn the lessons of acceptance and forgiveness while finding her true identity.  She finds love in unexpected places while finding comfort in the secrets of rainy days.

The Secret of Rainy Days focused on long-lasting friendships. The kind that begins as childhood friends and carry on into adulthood.  I really loved this book.  It kept me thinking long after the last page was finished. GET THE BOOK. 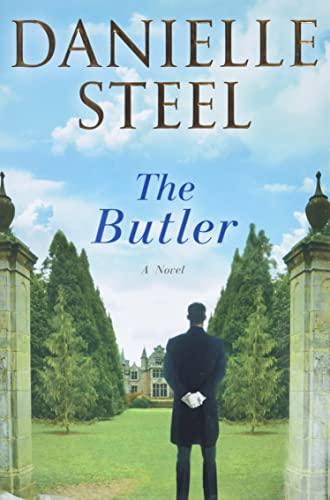 Danielle Steel’s The Butler, is not the usual love story that she is known for but rather an interesting saga that weaves from Argentina to Paris to London with some historical facts woven in.

Joachim von Hartmann was born and raised in Buenos Aires by his loving German mother, inseparable from his identical twin, Javier. When Joachim moves to Paris with his mother in his late teens, his twin stays behind and enters a dark world. Meanwhile, Joachim begins training to be a butler, fascinated by the precision and intense demands, and goes on to work in some of the grandest homes in England. His brother never reappears. Olivia White has given ten years of her life to her magazine, which failed, taking all her dreams with it. A bequest from her mother allows her a year in Paris to reinvent herself. She needs help setting up a home in a charming Parisian apartment. It is then that her path and Joachim’s cross. Joachim takes a job working for Olivia as a lark and enjoys the whimsy of a different life for a few weeks, which turn to months as the unlikely employer and employee learn they enjoy working side by side. At the same time, Joachim discovers the family history he never knew: a criminal grandfather who died in prison, the wealthy father who abandoned him, and the dangerous criminal his twin has become. While Olivia struggles to put her life back together, Joachim’s comes apart.

Stripped of their old roles, they strive to discover the truth about each other and themselves, first as employer and employee, then as friends. Their paths no longer sure, they are a man and woman who reach a place where the past doesn’t matter and only what they are living now is true. GET THE BOOK.