Our avid Tomato readers have three book suggestions. Unthinkable Dreams, and The Rules of Inheritance, are both powerful memoirs about loss and grief. The Angel of the Penny Rose is a novel with vivid descriptions of life in the 18th century and a young woman finding her way. 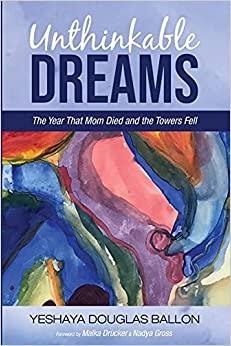 In Unthinkable Dreams, The Year That Mom Died and the Towers Fell, Yeshaya Douglas Ballon tells a powerful story of love, grief, and healing. He takes us on a journey of discovery and spirituality as he spends the last few weeks of his mother’s life really getting to know her as he listens to her words which in the beginning, made no rationale sense…until he listens closer. His mother died on September 9, 2001, just two days before we all went into mourning after the attacks of 9/11. With air travel halted the rituals for honoring and mourning her death were upended, which caused upheaval and divisiveness within his own family.

Ballon looks deep inside himself throughout the book, and doesn’t spare his own faults, as we experience his path to spirituality, forgiveness, and discovering the importance of a legacy. But front and center throughout the book, is how he brings his mother to life for all us…a complex woman, married to a rabbi, but who was always her own unique person. There are many lessons for all of us in this beautifully written memoir.  GET THE BOOK. 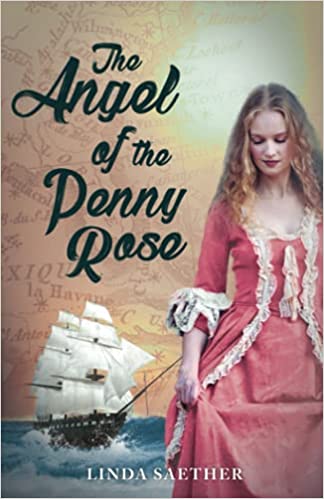 With vivid descriptions of 18th century life – from the streets of London, across the Atlantic by ship to St. Augustine, FL, with an extra flourish of tropical Cuba – Linda Saether’s story follows a young woman making her way in the world. Her strong character is emboldened by the colorful types she meets and the life-threatening challenges she overcomes. Prepare for a page-turner!

Anna Caldwell, the daughter of an apothecary in London, is being offered for marriage by her father. Increasingly discouraged by the prospects he presents, she finds a friend in Edmund Asherton, a doctor headed to the New World. Intrigued by the prospects of adventure and desperate to escape the dreary future hovering over her in London, she convinces Edmund to marry her and take her with him.

Thus begins the real adventure of an independent woman striking out on her own, discovering realities beyond her imagination and enduring them with courage. A harrowing voyage across the Atlantic lands Anna in Colonial Florida, governed by close-minded frontier society. Here she discovers deceit and decadence as she loses one husband after another to circumstance – murder, poison, arson!! Throughout it all, there is one handsome, swash-buckling, Cuban captain who attempts to rescue Anna from the accidents of fate.

Within a colorful historical context, author Linda Saether explores the qualities of human nature that persist over time.  This story will inspire any woman who longs to create her own destiny and fill it with the quest for love and self-realization. GET THE BOOK.

The Rules of Inheritance, A Beautiful Book About Grief and Loss 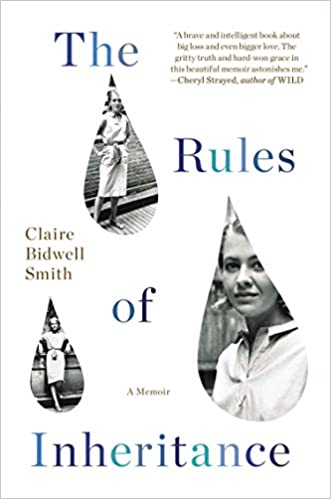 Claire Bidwell Smith, an only child is fourteen years old when both of her parents are diagnosed with cancer.  “I have already come to the conclusion that I will probably by parentless by the age of  thirty,” Claire writes in this very emotional debut. Her mother dies just after Claire begins her freshman year of college.  She is devastated by the death of her mother.  As she is dealing with her grief, she spirals into heavy drinking.  She also deals with depression.

By the time Claire is twenty-five years old, she has lost both of her parents. Before her father died,  she was able to take a trip with him  She said she felt like she got to know her Dad after her mother passed away, learned so much about she did not know previously.

Claire does a great job in the book going back in time and allowing the reader to know her parents when they both were young and before they married.

This book is beautifully written about grief and loss.  Claire’s story is tragic and sad.  She was able to heal through all the heartache in her life.  Even though parts of this story are hard to read, my heart ached for this young woman.  I am so glad I read this book and I highly recommend it. GET THE BOOK.