Weddings, orphans, and parks. Those are the themes of these 3 diverse books that are excellent additions to your fall reading list.

If you love romantic novels, Rachael Hauck’s The Wedding Shop intertwines two love stories, set decades apart.  The first story starts in the 1930s in Heart’s Bend, Tennessee, when Cora Scott inherits her great aunt’s wedding shop that attracts brides from near and far. Cora dreams of her own wedding someday with her illusive Riverboat Captain and barely gives the time of day to Birch Good a local farmer who has been in love with her for years.

Eighty years later, Airforce Captain Haley Morgan returns home to Heart’s Bend, after a failed romance, and the death of her best friend, Tammy. She decides to re-open the long-abandoned bridal shop with the help of Tammy’s finance Cole, a contractor, whom Haley has known since she and Tammy were kids and Tammy first declared she’d marry Cole one day.

The novel has some interesting and surprising twists and turns, and for those of us who love a good romantic story, this book fills the bill. There is also a theme of the “Divine” throughout the book, but it is light-handed, and a reminder that faith is powerful. Get the book. 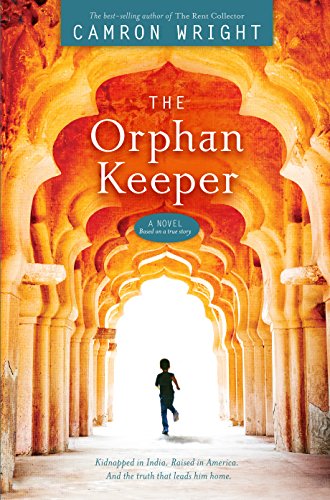 We couldn’t put this novel down. Written by Camron Wright, The Orphan Keeper, based on a true story, tells the amazing journey of a young boy named Chellamuthu from a very poor village in India, who is kidnapped at the age of 7, and sold to an orphanage that for a fee, provides “orphans” to families in America.

He is adopted by a loving and unsuspecting family in the Midwest.  When he finally learns enough English, he reveals the truth to his new parents, but their efforts to trace his family are futile. With his name changed to Taj, he does his best to fit in, eventually becoming very popular in school, great in sports, president of the student body and he breaks a few hearts along the way too.  But he always has these questions, “Who am I? How exactly did I end up here? Will I ever make it back to India? Will I find my family?”

Through several remarkable incidents, which seem to prove the belief that there are no such things as “coincidences”, Taj starts his journey home. It’s a journey that is suspenseful, poignant, and will have you rooting for Taj all the way.  Get the book.

Lassoing The Sun – A Year in America’s National Parks 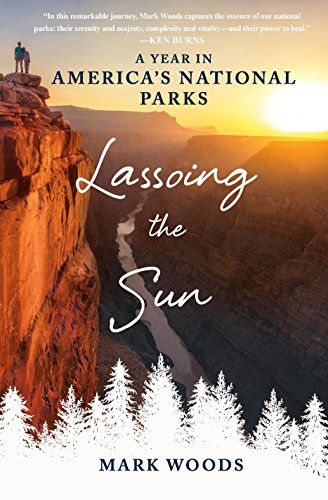 The National Park System had its 100th birthday on August 25th.  Many people – from John Muir to Ken Burns – have told the story of the parks’ creation and evolution.  But Mark Woods in Lassoing the Sun: A Year in America’s National Parks recounts a year in which he visited at least one park a month – a journey that becomes much bigger and personal than he planned on.

Mark does a great job of covering each park’s history, interviews with park officials, rangers, and visitors with inspired descriptions of the scenery.  But, he also weaves in his personal feelings, his family – his mother dying of cancer- and reflections on the past and the future.

He captures the essence of our national parks and how his family handles the ups and downs of life all in one very enjoyable book. Get the book.