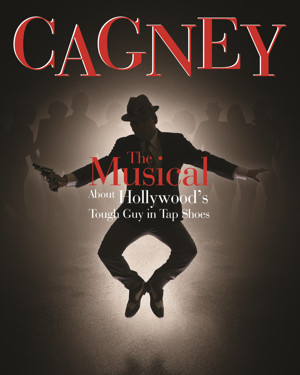 Cagney is the dramatic new musical that follows the life of the legendary James Cagney from the streets of New York to his rise as one of the brightest stars of Hollywood, from a vaudeville song-and-dance man to the cinema’s original tough guy. Broadway’s Robert Creighton, in the role he was born to play, leads a cast of six who tap dance through a score that blends original music with classic George M. Cohan favorites, including Give My Regards To Broadway, Grand Old Flag, and Yankee Doodle Dandy.