Schools and parents need to take the lead in relationship education. 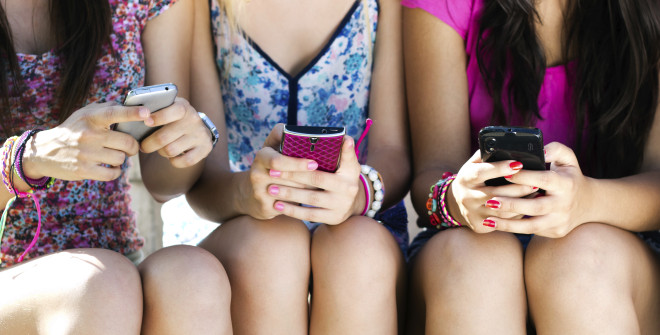 Newspapers reported last week that at least 100 Canon City Colorado high school students, as well as several 8th graders, sent nude photographs of themselves to each other as part of a larger sexting ring.  Apparently, 300-400 nude pictures, including images of over 100 different students were discovered.  The phone-sharing was done on cell phone applications — ‘vault apps’ — that look innocent enough but are really secret troves of photographs accessible after entering a password.

So what is this phenomenon really about?  What makes it different than other past efforts for young people to communicate? Is nudity the new way that young people want to connect with one another?

Not long ago, many women were devastated when they discovered that their current or former partners posted (without their consent or knowledge) nude pictures of themselves in compromising positions that made their way to the Internet.

Is the tide changing or just changing its form?   Kim Kardashian’s road to fame was started by her infamous sex tape.  Since celebrities and celebrity lifestyles have become role models for many, is it possible that teenagers believe that emailing nude pictures of themselves to others may be the first step toward stardom and discovery?

As a psychotherapist, sex therapist and educator, I feel that we need to speak directly to the students themselves and listen to their arguments and feelings.   A dialogue with them might produce some interesting reactions and surprises.

We need to ask them questions but we also need to carefully listen to their answers and concerns.   We certainly should ask them to consider the possible consequences of their actions.

A series of questions showing our concern and love might go like this:  Why are you willing do this?  Is this a new way to become popular?  Are you hoping to be discovered and have your photos go viral? Are you doing it as a result of peer pressure or boredom?  What about those whose photos were not deemed ‘desirable’ enough to be put in other people’s collections?   What is the impact of not being chosen going to be on these young people?   How is it going to affect their self-esteem and body image when they learn that their pictures did not measure up?  What if any legal consequences do you need to consider?

This is the perfect time for schools and parents to be taking the lead in terms of relationship education.  Teenagers today are being forced to deal with issues that were non-issues only a few years ago.  They need guidance and our understanding now more than ever, when it comes to talking about relationships, sex and gender.  It’s a confusing time for most young people and one of the greatest gifts that adults can give these students is our respect and opportunity to discuss and process life’s complexities in a safe and non-judgmental environment.