Our Tomato reviewers have three books to recommend. The Other Side of The Coin: The Queen, the Dresser and the Wardrobe by Angela Kelly, describes her unique working relationship with Queen Elizabeth. Perennials is a a beautiful book about family, love, relationships and forgiveness. And In her phantastic book Remarkably Bright Creatures, author Shelby Van Pelt crafts a captivating story of how relative strangers can enhance each other’s lives. 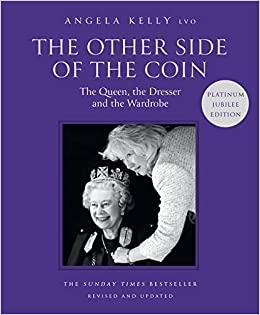 The Other Side of The Coin: The Queen, the Dresser and the Wardrobe by Angela Kelly, describes the unique working relationship of Angela Kelly, a divorced, single mother of three from Liverpool who served Her Majesty daily for almost three decades as a trusted advisor.  Because of their extraordinary bond, the Queen has personally given Angela her blessing to share her amazing story with the world.

Initially working as Asst. Dresser in 1994, Angela rose to Senior Dresser, Personal Advisor and Curator (the Queen’s jewelry, Insignias and wardrobe) as well as In-House Designer.  As the first person in history to hold this title, Angela shares intimate antidotes, warm personal stories, playful jokes and memorable insights in what it was like to work closely with this humble, kind and gracious Queen on a daily basis.

Whether it was preparing for a formal occasion, a day trip, or a trip abroad, Angela’s priority was to serve and support.  Sharing never before seen color photographs-many from Angela’s own private collection, this revealing book shows how the Queen used clothing, hats and jewelry to create a powerful visual identity.  This was no easy task!  From inspiration of the design to selection of color, fabric, texture, fittings to finished outfit, Angela describes all the considerations that need to be made for the Queen to always look regal, stylish and put together with nary a crease in sight.

Angela also lets the reader in on a few secrets such as the Queen always did her own makeup, except for Christmas Day; the Queen’s appearance at Ascot is not all about the horses; the unusual secret behind the Royal Christening Robe, and that the Queen, who wore custom made shoes, always had someone “break them in for her”.  That someone was Angela, because she and the Queen shared the same shoe size.

Even if you aren’t a royalist, you will gain privileged insight into a successful working relationship characterized by good humor, creativity, hard work and a mutual commitment to service and duty.  Bravo Angela Kelly!  You did an excellent job!

I highly recommend you get your hands on a copy of this book knowing there is likely a wait list given the Queens recent and very sad passing. GET THE BOOK.

A Beautiful Book About Family, Love, Relationships and Forgiveness 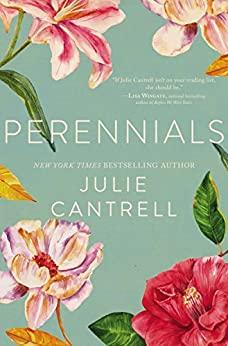 Perennials by Julie Cantrell is a story about two sisters. Eva Sutherlund, also known as Lovey, grew up in a beautiful and loving home in Oxford, Mississippi with her older sister Bitsy.  The sisters had a wonderful childhood playing with the neighborhood friends, Finn and Fischer.  They were brothers.  A shed fire and the injuries it caused will change everything between the sisters.  Finn was seriously injured in the fire.  Bitsy blames Lovey for the fire.

Bitsy went on to become the perfect Southern Belle who could not do anything wrong. She was homecoming queen.  Bitsy continued to blame Lovey for other things that happened, telling lies on her.  Lovey became the scapegoat for the family, with no help from her parents in believing her.

When Lovey was eighteen, she decided to leave Mississippi and head to Arizona.  She wanted to get away from her sister and her lies.  She became a successful advertising executive in Arizona.  On weekends she would travel to Sedona, Arizona to teach yoga where she owned a second home.  Lovey has just celebrated her 45th birthday.  Her father calls her to request she return home to help her sister plan the parents 50th wedding anniversary.  It is not great timing as she is about to close the biggest deal of her career.  As she hears her father say, “Family First”, she knows she must go back to Oxford as soon as possible.  She is still very concerned about going home since she is estranged from her sister.

Once back in Oxford, Mississippi she wants a fresh start with her sister.  After having a heart to heart with her father, she realizes things were never what she thought they were.  She now has a new and different perspective.

I absolutely loved this book.  The family drama had me hooked right from the beginning.  This book is so beautifully written about family, love, relationships and forgiveness.  I cried and laughed while reading this story.  I also loved all the details about gardening and flowers.  I highly recommend this book. GET THE BOOK.

A Well-Crafted Plot That Will Leave You Satisfied 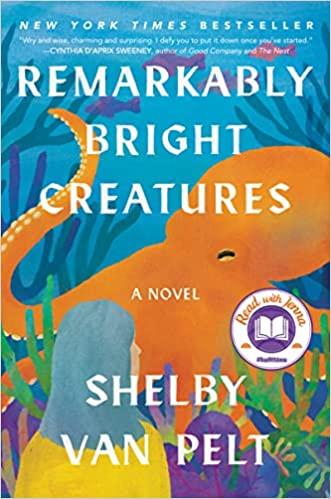 In her phantastic book Remarkably Bright Creatures, author Shelby Van Pelt crafts a captivating story of how relative strangers can enhance each other’s lives, creating their own unique family, even when one of these strangers is a giant Pacific octopus!

The widow Tova Sullivan buries her grief working the night shift at the Sowell Bay Aquarium. Hard work helps her cope with not only losing her husband, but also with the mysterious disappearance of her 18-year-old son, Erik, who vanished on a boat in Puget Sound over 30 years ago.  In the quiet hours of the night, as she’s mopping and cleaning up, Tova becomes acquainted with Marcellus, the octopus. While she’s polishing the glass of his display, Tova strikes a chord with Marcellus, developing a mutual respect and fondness for each other.

In a parallel story line, we meet Cameron Cassmore of Modesto, CA, who was abandoned by his parents as a child and left to live with an aunt. He suffers from chronic heartache and resentment for his unlucky lot in life and decides to track down a man whom he believes may be his father. Cameron hopes that this stranger, a wealthy billionaire real estate developer, could provide him with the best bonanza of his 30-year-old life.

Van Pelt skillfully draws the reader in as she develops the characters and weaves the story lines together.  Ever the detective, Marcellus deduces what happened to Tova’s son and manipulates clues that lead Tova to the truth. Cameron is drawn into the narrative as a clueless by-stander who assumes a central role. This well-crafted plot will leave you satisfied as it evolves– no shoddy endings here! GET THE BOOK.