Trisha Posner May Live in Miami But She Dresses Like A Four Seasons Gal. Her Diversification Is Endless 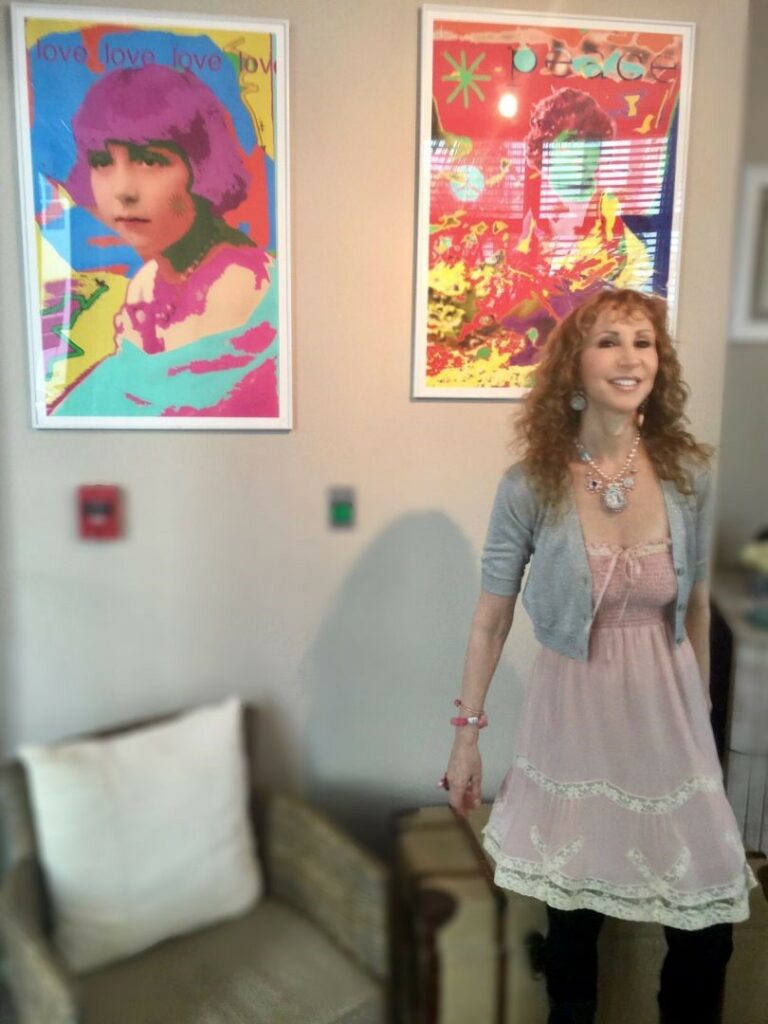 Most people who meet author Trisha Posner for the first time probably think she is a model or a rock star. They would never guess the seriousness of the subjects she writes about. She always looks like she is about to walk down a runway showing the world how daring she can get with her choice of clothing.

Trisha has an extraordinary talent of pairing certain items of clothing together that most people never thought would work.   She loves mixing mismatched colors and patterns. She uses fashion like she uses words on a page. She makes a new statement every day.

If Alexander McQueen was alive today, Trisha would definitely be a source of major inspiration. She was a loyal customer of his creations for years. There is a certain shock element to her outfits that make people stop and think “I never thought that was possible.”

Trisha loves to dress up morning, noon and night. It doesn’t matter where she is going, There is no such thing as whether a garment is appropriate for the occasion. She wears what she wants, where she wants to wear it. She often wears bold and startling outfits to business meetings and editorial interviews. She says that because she often has to sit at a desk, day and night writing, she is going to let loose when she goes out.

Trisha is originally from England. She now lives in South Beach along with her husband Gerald Posner, a bestselling author. See their accomplishments below.

They live a few blocks away from me and my husband Eliot. I often get to see one of her creations firsthand. It could be a very short brown skirt with Dr. Martens boots or colors that don’t normally go together, like brown and blue. Trisha also often wears a Hello Kitty handbag that helps accent her colorful striped tights. She certainly has the figure for “anything tight” even though she is a “senior.”

I’m not going to reveal her age, you can guess. However, I will say most women her age are wearing big blouses over baggy slacks (me). Trisha will have none of that. She is very determined to keep slim and dress like she is a piece of art.

She loves to keep people guessing, especially the fashion loving crowd. Trisha was in an ice cream shop in the Aventura Mall just before Halloween when she saw a group of young girls looking at her. She was wearing a yellow and black outfit with lots of chunky jewelry from Tarina Tarantino Los Angeles. All of a sudden one girl breaks away from the crowd to ask her if she was wearing a Halloween costume or did she dress like that everyday? When Trisha said “everyday” the gal ran back to her friends to deliver the news. The group waved and gave her a thumbs up.

Trisha has been an active stylist since her very early teens. One of her first jobs was making house calls  to help clients pair slacks and sweaters or sweaters and skirts. She was always amazed that people couldn’t do that on their own. But then again, Trisha’s realizes that fashion is part of her DNA. Her mother and brother were also in the business in London.

“I grew up in the height of fashion in London where everyone used clothes to express themselves. I used to frequent a psychedelic boutique in Groovy London called Granny Takes A Trip and the popular Biba. I generally wore clothes by Zandra Rhodes, Vivienne Westwood, and Mary Quant. Everyone wanted to look like Twiggy. I wanted to reinvent myself everyday. Vidal Sassoon hair cuts were the finishing touches.”

When Trisha saw the movie, Saturday Night Fever, she knew she wanted to move to the United States. She loved the way the people walked and talked here. It’s funny that we feel the opposite way about Brits. We are in love with their fashion and music. They are in love with ours. I wouldn’t be a bit surprised that after many people read this story, they start wearing more courageous looking clothing. It’s never too late to try something new.

For the last 35 years she has written nonfiction with her husband including Pharma, God’s Bankers, Mingle, Case Closed, and Why America Slept.

Trisha is also a very well known, non-fiction writer on her own. She has authored This is Not Your Mother’s Menopause: One Woman’s Natural Journey Through Change (2000), No Hormones, No Fear (2003) and The Pharmacist of Auschwitz: The Untold Story (2017). She also writes under her full name, Patricia Posner. 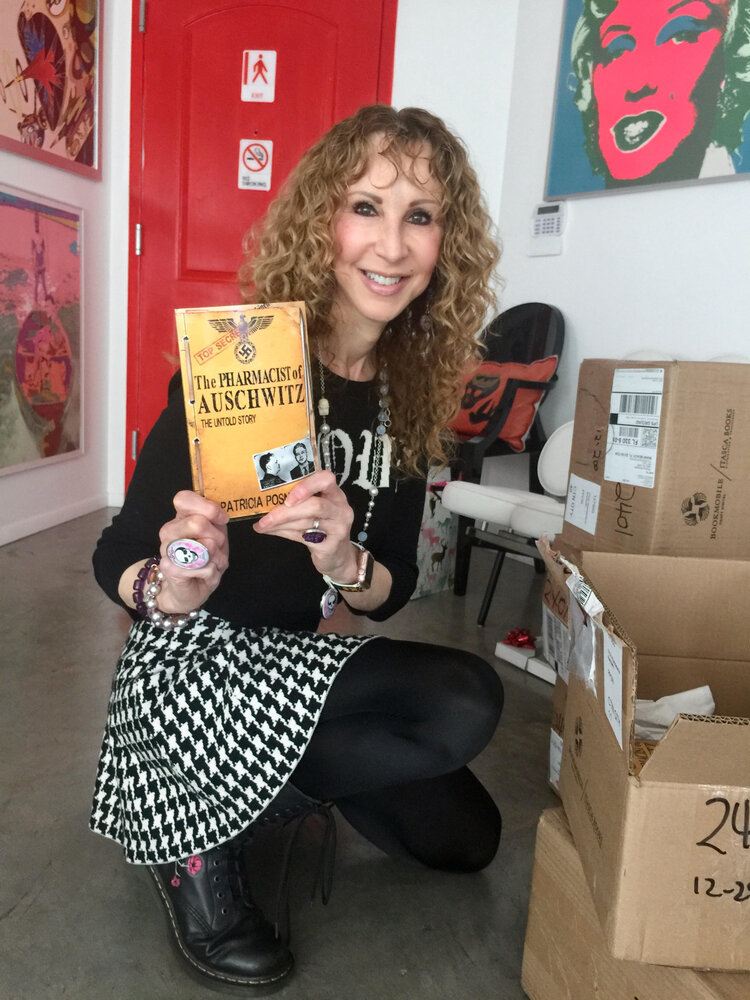 Read more about Trisha on her website at www.trishaposner.com

Trisha and Gerald’s latest venture is the Antisemitism Watch, a nonpartisan 509(a)(2) public charity. Their goal is to combat antisemitism by exposing groups and individuals who espouse and engage in incitement and hatred towards Jewish people. https://antisemitismwatch.org/

Trisha also has a Facebook page, No.Antisemitism,  where she has been monitoring antisemitism incidents of Jewish hate around the world. Be sure to read Trisha’s and Gerald opinion piece, “Why Another Antisemitism Watchdog” in Newsweek (December 14, 2022).