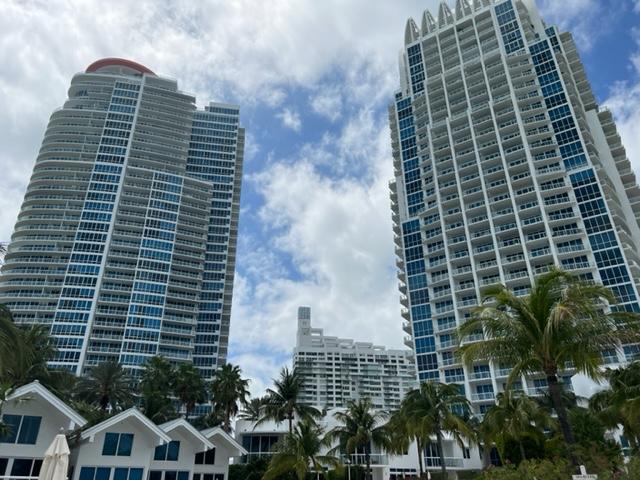 If you want to have a speedboat experience in Miami that you will never forget, I have just the boat for you. I couldn’t believe my ears. I just heard that one of the most famous restaurants in Miami is coming back to life. Do you need a good stretch? Well there’s a new concept in Miami called the Stretch Zone Method. And shhh…my husband Eliot and I went behind the gates at one of the most private beach clubs in Miami, nestled in these condos pictured above. I’m sharing the secrets, but don’t tell anyone.

A Thrill You Will Remember Forever 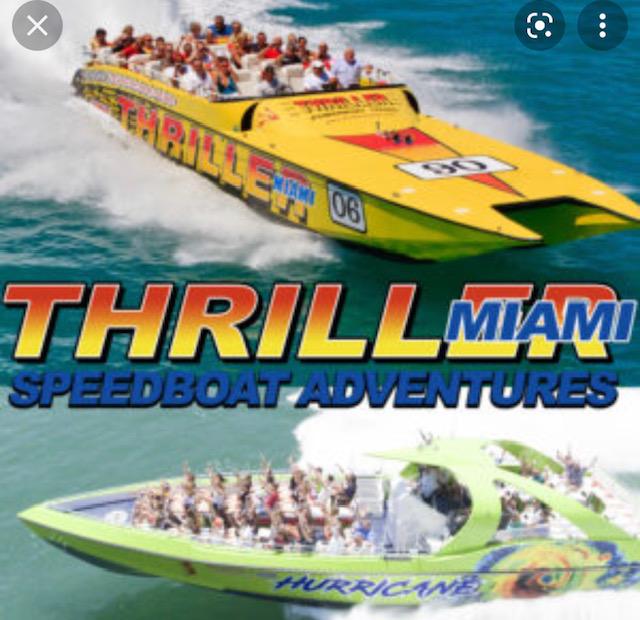 If you want to have a speedboat experience in Miami that you will never forget, I have just the boat for you. It’s called the Thriller. You may find yourself holding on for dear life as you speed along the Miami waterways like they did in the TV show called Miami Vice. I was afraid to do it the first time I went but I forced myself to go because I had seen the Thriller speed by me hundreds of times over the years. Everyone looked like they were having a great time. While I was scared, I really wanted to be on the water and see all the sights. 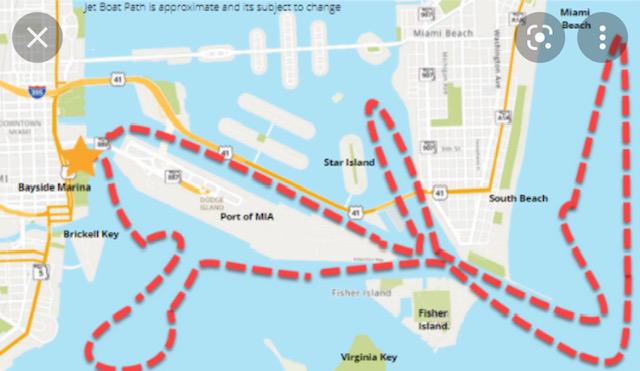 The Thriller takes you everywhere in record time.  You are only on the boat for 45 minutes but that’s enough to give you the thrill like you did something very special. By the way, this exhilarating experience will only cost you $40.34. That price is a huge bargain considering the tour offers spectacular views of the Miami skyline while you are passing by celebrities’ multi-million-dollar mansions on Star Island, Fisher Island, Miami Beach and are able to appreciate the Art Deco district of South Beach from the Atlantic Ocean. The Thriller is the only sightseeing tour boat that goes out to the ocean and speeds along South Beach. That sight alone is worth the trip to Miami.

Thriller Speedboat departs from Bayside Marketplace in the heart of Downtown Miami. Once in Bayside you can locate the Thriller dock east of the band stage towards the ferries wheel. Get the details. 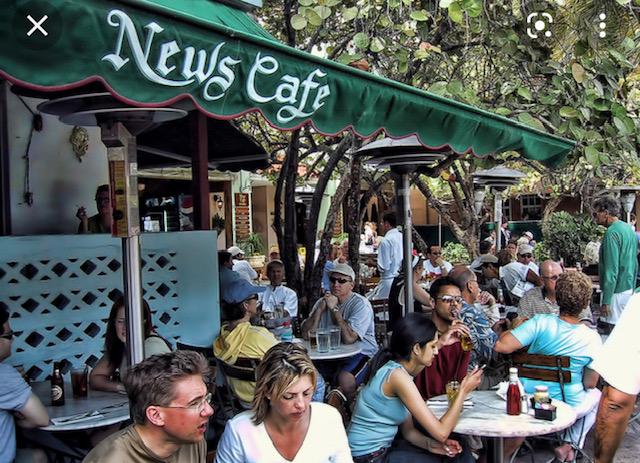 I couldn’t believe my ears. I just heard that one of the most famous restaurants in Miami is coming back to life. It quietly closed during Covid. Most folks on the beach were devastated. The News Café was much more than a restaurant. It was an institution that represented the vitality of the city of Miami. Everyone went there to see, and be seen. It was so popular that people from all over the world made the restaurant their first stop when they arrived in Miami Beach.

Mark Soyka, one of the most famous restauranteurs in Miami, opened the News Café on Eighth Street and Ocean Drive in 1989. He and his good friend, Tony Goldman, a real estate developer, moved to Miami from New York to turn South Beach into a trendy and exciting destination. That they did that  together and independently. Today the two men are considered to be the major visionaries that built this town into one of the most exciting cities in the world. 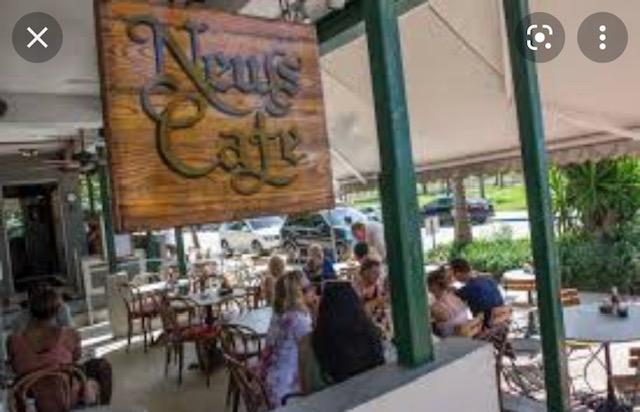 The News Cafe is reopening on Ocean Drive on the ground floor of the newly renamed Tony Hotel South Beach which also birders Collins Avenue. That’s exactly where it was before. Scott Srebnick, CEO of Goldman Properties, and Tony Goldman’s son-In-law, told the press that the Tony Hotel South Beach, which encompasses two buildings on Collins Avenue and Eighth Street, was one of the properties Goldman purchased in the 1980s. Designed in 1939 by L. Murray Dixon, the hotel is known for its “Tiffany” spire. During the COVID pandemic, the hotel was closed for 18 months, giving Goldman Properties the opportunity to revamp the rooms with high-speed Wi-Fi, large-screen TVs, and other upgrades. The rooftop pool was also refurbished.

The News Cafe is the place that Gianni Versace had breakfast, before he was murdered on the steps of his oceanfront mansion which was three blocks north in July 1997. It makes me sick to think about it. This past fall, nine years after his death in September 2012, Goldman was inducted into the Miami Beach Hall of Fame. The plaque resides at the Tony Hotel. I can’t wait to see it.  The Tony Hotel South Beach. 801 Collins Ave., Miami Beach; 305-531-2222; thetonyhotel.com.

Miami May Be a Stretch for You 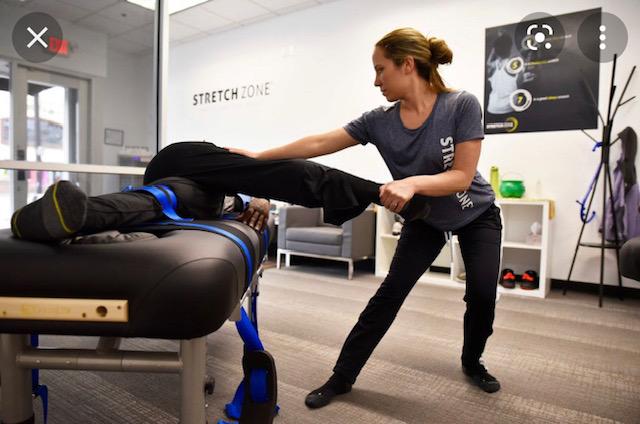 Someone read my mind. I just received a promotional piece from Stretch Zone Method, a new concept in Miami, that said “stretch practitioners will move my muscles in ways that will achieve lasting gains.” Now that sounded very interesting considering I sit at my computer all day.  My muscles need a good workout on a consistent basis. Stretch Zone Method said their method is comfortable and relaxing. They strap me into their  equipment and I don’t  have to do a thing.  I simply enjoy “the benefits of an assisted stretch”.  Stretch Zone Method wanted me to know that tension can be hindering my range of motion.  Even if I’m not noticing it just yet, it will continue to build until I feel a definite change. That’s why they say “it’s so important to get out in front of this issue before it can worsen.”

Stretch Zone Method says.  “The goal is not to make a person more “flexible” or “elastic,” but rather enable you to move more functionally by re-establishing a more ideal resting muscle tone. By re-educating the associated nerve-muscle reflex, the Stretch Zone Method leads to movement becoming easier and more efficient. “Rather than creating soreness by pulling on our limbs to extremes, the Stretch Zone Method works through the nervous system to achieve lasting gains in flexibility and range of motion. The method rests on the notion that changing and re-educating our muscle’s nervous energy is a major factor in unleashing our body’s intended function. 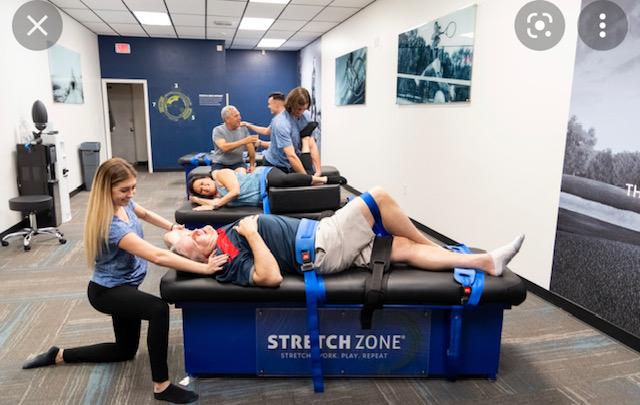 “This nervous energy, known as the stretch reflex, is our body’s automatic defense against the dangers of over-stretching. Any movement that goes too fast or too far, or is held for too long, will cause your body to resist with the stretch reflex. Once the reflex is activated, your body has effectively said “no more” and resists the stretch. Any further attempt at stretching becomes counter productive and may even cause long term damage.”

The company wants everyone in Miami to TRY them FOR FREE.  Book your 30 minute stretch today.  Miami Beach and other locations.

I’m taking you behind the scenes at one of the most private beach clubs in Miami. The Patio is located at the Continuum Condominiums, and very few residents or visitors to Miami ever get to see it. You have to be invited by someone who lives in one of the two luxury towers which are situated next to the beach at the tip of South Pointe Park. It’s one of the most beautiful settings you have ever seen.

You feel like you are in Hawaii with the sweeping landscapes and the beautiful array of gorgeous flowers all year long. There is no doubt about it. The 12 acres of grounds are the most dramatic you have ever seen. If you walk through the private gates on the east side of the property you are directly on the beach. They actually have 1,000 feet of oceanfront property. You can’t find a better spot. This is paradise at its best.

The Patio serves food and beverages to beach goers. There are plenty of lounges and umbrellas for all. Many of the folks at the Continuum have several homes all over the world so it’s never crowded here. You will see the most folks on holidays but the property is so large you never feel confined.

The menu at the Patio is Mediterranean and there is a full bar. Expect to see celebrities having lunch or dinners with their families without any fanfare. This is their place of serenity so no one dares to bother them. Occasionally you will see the owner/manager Michele Merlo making the rounds greeting everyone but that’s to be expected. The rich and famous love to be recognized by other important folks but the general public should respect their privacy.