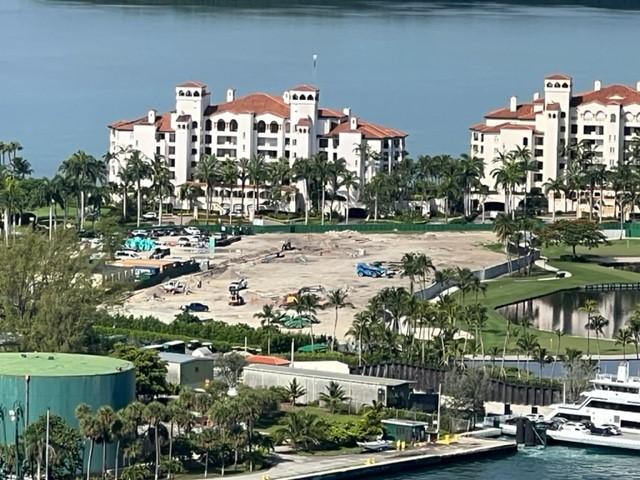 What’s the highest per capital income place in the U.S.? It’s Fisher Island, and it’s getting more $30 million homes. Miami’s skyline is rising, and a new 70 story tower is breaking records. Blue Man Group is coming to Miami for one week only. And you must get to Rubell Museum to see the work of famed Japanese artist and sculptor, Yayoi Kusama.

Lives of the Rich and Famous

My friend Zachary Belil, one of the top real estate agents for Douglas Elliman, was among the first to announce that Fisher Island in Miami was getting 12 new single-family homes. This is astonishing news considering Fisher Island has the highest per capita income of any place in the United States. The private island has only 218 households and a total population of 467. Who are all these rich people that can afford $30 million homes and a yearly maintenance of a few hundred thousand dollars a year for golf club membership, the four around-the-clock ferries that bring residents and visitors back and forth to the mainland, the enormous staff, (almost as many who live on the island) and lots of other luxurious amenities that only the wealthy can experience?

These are some of the super-rich who have, or had homes, in this exclusive area: Oprah Winfrey, Andre Agassi, Boris Becker, Julia Roberts, Mike Fratello, Sharon Gless, Harold Ford, Sr., Pavel Bure, and Tim Rattay.The gossip is that if you don’t pay your yearly dues, you get banned from using the facilities (gym, salons, sports) nor can you shop (food, restaurants, boutiques) on the island. You have to make special arrangements about using the ferries to shop on the mainland with the rest of us commoners. The rules change every year so I don’t have confirmation on these exact details and this is not a topic the management likes to talk about. 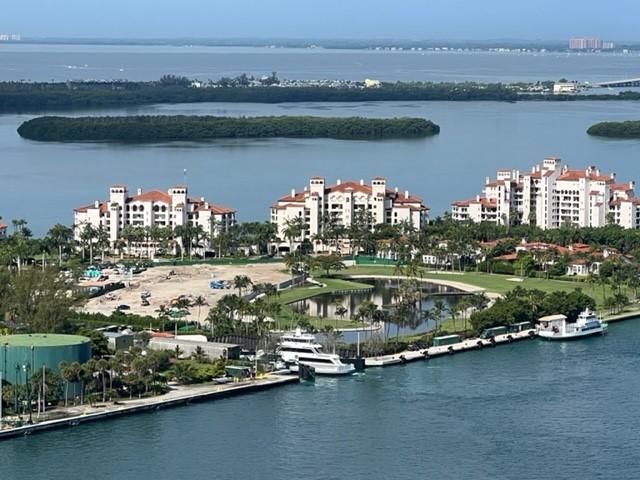 My condo view overlooks Fisher Island. We watch the ferries go back and forth all day long. It’s quite dramatic.  There are many Fisher Island workers on these boats because most of the residents are at one of their multiple other homes at different times of the year. The residents keep the staff busy with construction projects, housekeeping, watering plants, unpacking, packing, shopping, deliveries, and keeping them up to date on island rumors. I’m not so sure how happy these rich folks are about all these new private homes.  Two of the photos included with this story show you exactly where space has been cleared for the mansions. The rich like their status quo, but I’m sure the new people will be fine neighbors who bought 10,000 square feet of space at the cost of $3,300 a square foot, roughly $33 million each.  They will fit in just fine. Learn more here.

Miami Skyline Is Getting Higher Once Again 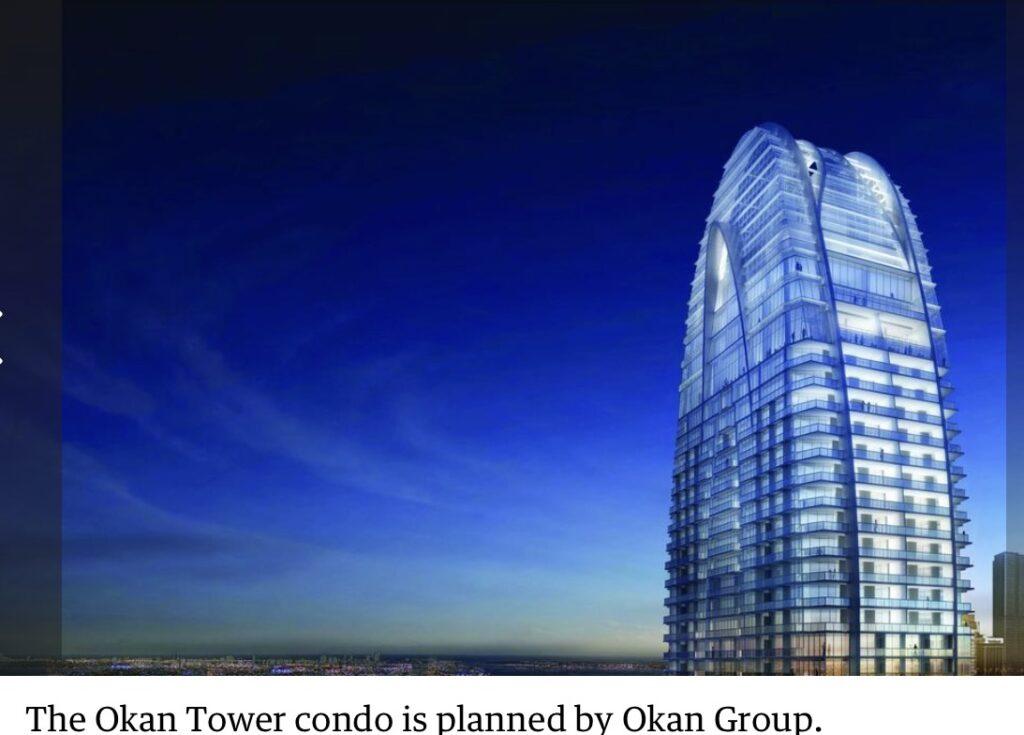 The Miami skyline is looking more and more like New York City or Chicago. I just found out that another building in downtown Miami is going to break all height records at 70 stories. There are higher ones being planned but this one called Okan Tower already broke ground, so we know it’s for real. Developed by the Okan Group, the condo, hotel and office tower will be located at 555 N. Miami Avenue. It’s 902 feet tall.  Currently, the tallest building in Florida is the Panorama Tower in Miami at 868 feet. Another record-breaking feature of the Okan Tower is that it will have the highest pool in the United States.  Sounds like having a great opportunity to swim in the clouds. For those who are not afraid of heights, this could be very exciting. 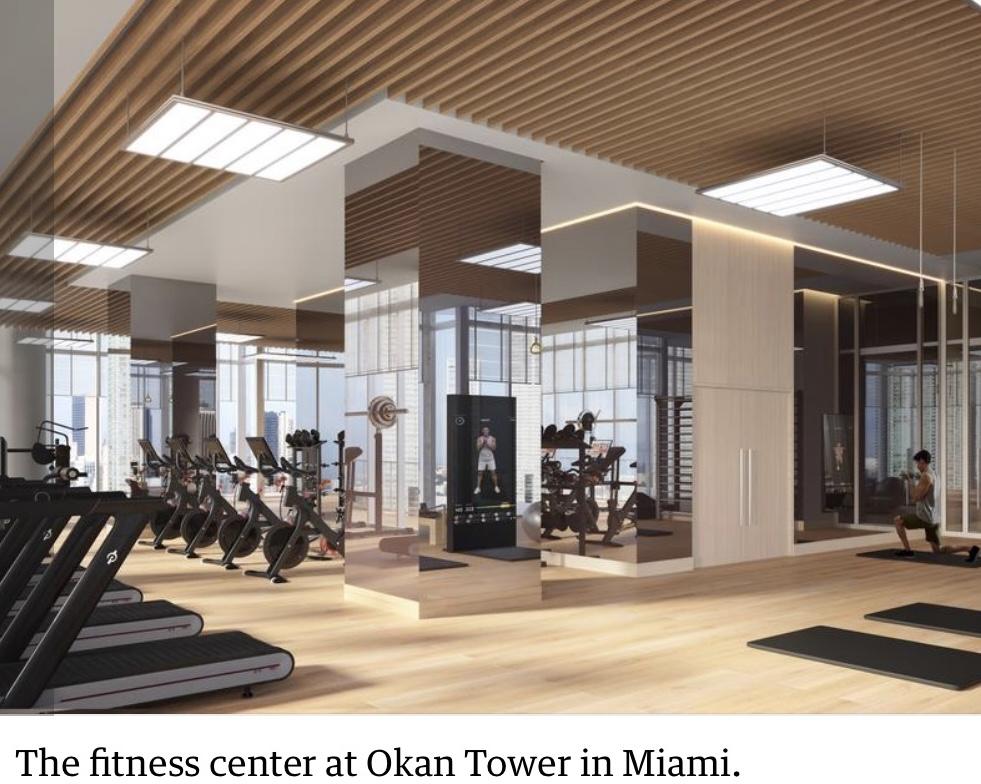 The project is estimated at $400 million. Okan Group is led by Turkish businessman and developer Bekir Okan. Miami newspapers reported that Behar Font & Partners of Coral Gables designed Okan Tower with a tulip shape, one of the national symbols of Turkey. They also said that the tower will have Hilton managing a 316 room hotel, 236 short-term rental condos, 163 “sky residences” condos, another 14 two-story lofts, and 64,000 square feet of office space.  The amenities would include three pool decks, two for residents and one for hotel guests. The infinity-edge pool on the 70th floor would be for residents only. Other amenities would include a fitness center, a spa with stream rooms and saunas, a theater, a wine cellar, and a children’s play rooms. 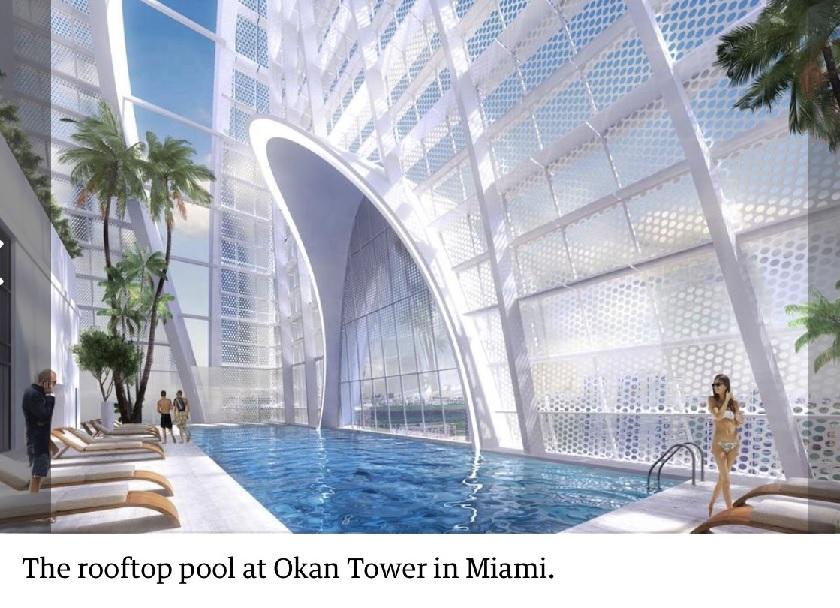 Badak said the condos will range from 450 to 2,000 square feet. Prices start at $600,000. Miami is hot. Forty per cent of the building is already pre-sold. That means 120 condos were already purchased. That’s a big number considering that the Okan Tower will not be completed till 2026. By that time, other taller projects will be underway or near completion. Miami definitely wants a big city skyline. Learn more.

For One Week Only in Miami

It’s difficult to believe that we only get a week to see The Blue Man Group after 35 million people of all ages, languages and cultures have already experienced the unexpected with this show. So be prepared to pick a date between June 29 and June 3 to see three bald and blue men explore our world together with music, laughter and surprises. For Tickets and More information visit arshtcenter.org 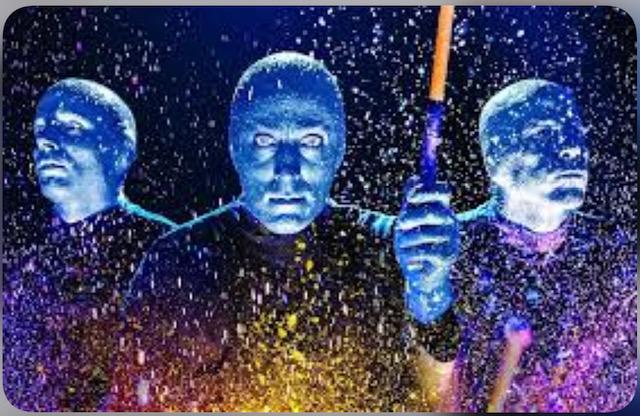 Wikipedia says “Blue Man Group is known for its stage productions, which incorporate many kinds of music and art, both popular and obscure. Its performers, known as Blue Men, have their skin painted blue. They are mute during shows and always appear in groups of three.” The Blue Man Group has toured nationally and internationally, appeared on TV programs as characters and performers, released multiple studio albums, contributed to a number of film scores, and performed with orchestras around the United States. blueman.com 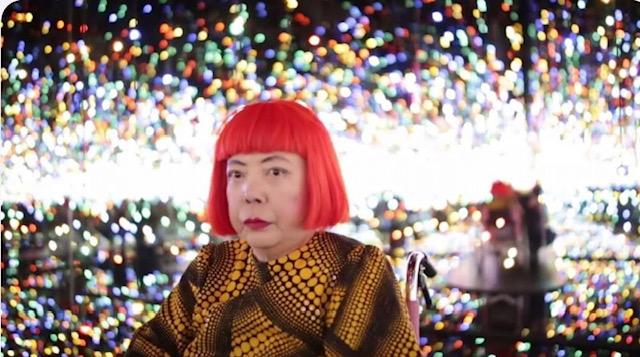 If you get to Miami anytime soon you must go the Rubell Museum to see the work of Yayoi Kusama. It doesn’t matter if you like contemporary or traditional art, or if you are young or older, you will enjoy the sculptures and installations of Kusama because you get to walk into mirrored rooms and self-reflect. Selfies are so much fun. You see yourself in a whole new environment. We all can use a little of that.

Kusama was born March 22, 1929. She is 93 years old. She is a Japanese artist who works in sculpture, installation, paintings, performance and video art, fashion, poetry, and fiction. To say she is very talented, is an understatement. She made thousands of small paintings during her early years which she later developed into sculptures. This was the beginning of her desire to create an infinite series of images. The concept would eventually come to fruition in her creation of a mirrored room environment. Kusama has created more than 20 mirror rooms and it has become an increasingly important part of her work as an artist.

The Rubell Museum, formerly the Rubell Family Collection, is a private contemporary art museumin the Allapattah neighborhood of Miami, Florida. Opened to the public in 1993, the museum and its collection were developed by Mera and Don Rubell, Miami-based art collectors. The museum, formerly housed in a warehouse in the Wynwood district.