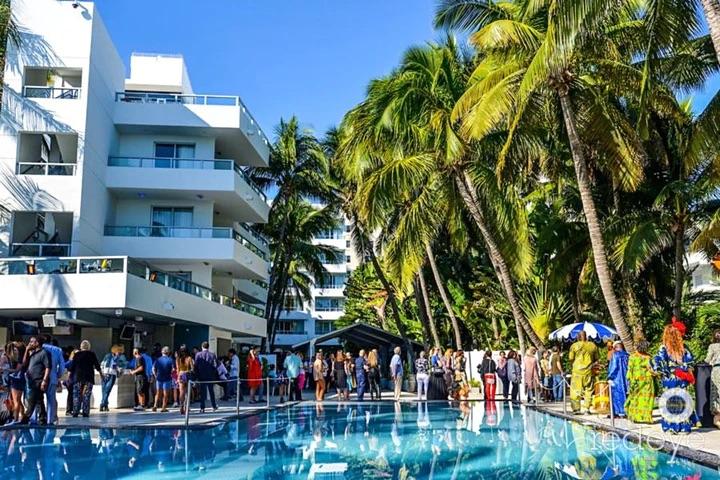 If you are in Miami this weekend, make sure you visit one of the many hotels who will be participating in Miami Swim Week.  It will bring you back to the days of Beach Blanket Bingo, a 1965 American beach party film directed by William Asher. It’s amazing how this came about, but Miami Beach is getting a new park. I know this is short notice but if you can climb on board for the river cruise event that would be wonderful. Miami Beach Onstage is present two concerts and a film screening outside. 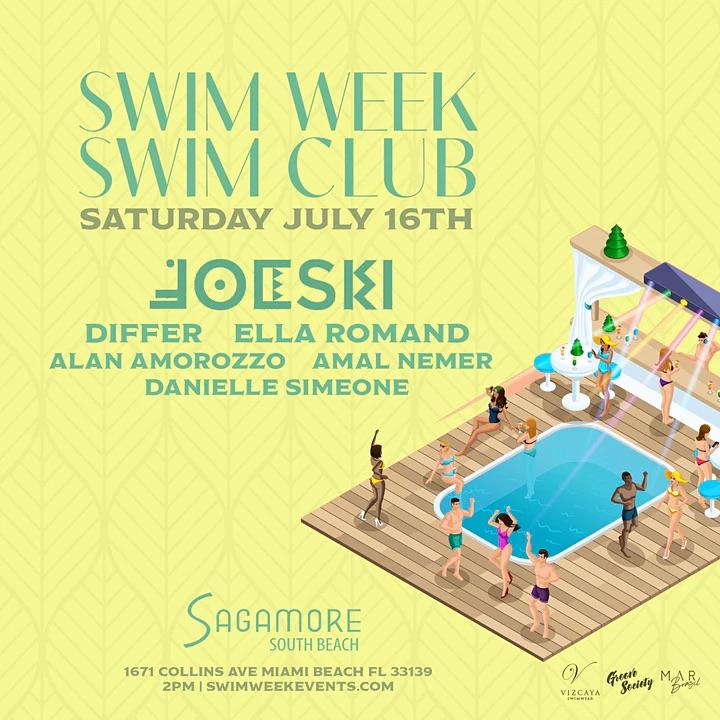 Swim Week in Miami has become one of the respected forums for designers, artists, and industry insiders to experience luxury swimwear in a whole new light. It’s the largest gathering for swim and resort wear in the world. The main purpose of the event, when it was created in 2004, was to network designers to retail buyers.   Now it has become a major gathering for the entire fashion industry. The participating hotels will feature extravagant runway shows, VIP events, lavish dinners, and exclusive parties. I heard that over 100 well established designers from around the world are expected to attend.

Miami Beach Is Getting a New Park 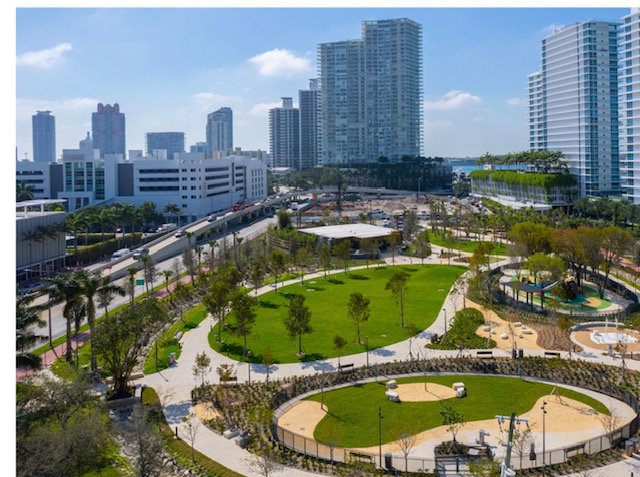 It’s amazing how this all came about. A local real estate developer wanted to build a 48-story condominium high rise just as you enter the beach from the MacArthur Causeway. In order to get approval from the local authorities, Terra Group and GFO Investments decided to include a three acre public park” next to the new condo for all to use.  As Larry David would say, “Pretty, pretty clever.”

The new condo, called “Five Park,” will be Miami Beach’s tallest tower at 518 feet high.  “Canopy Park” is just north of the condo on Alton Road. It is being billed as an orchid paradise, thanks to the combined efforts of the Million Orchid Project, the National Orchid Garden, and Fairchild Tropical Botanic Garden. Five Park, in partnership with Fairchild Tropical Garden, will plant over 600 orchids throughout the park grounds. Check out the details of “Canopy Park”. You will become an expert on where everything is located. Hope to see you soon. 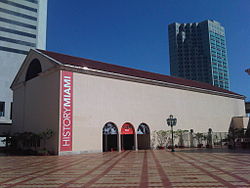 One of the reasons I am writing about this event is because I plan to get more involved with the HistoryMuseum Miami (Yes, that’s how it’s spelled). They have so many exciting events that cover countless topics that most seniors are interested in. I will be watching them closely for more announcements.  The river cruise is an evening on the Miami River with HistoryMiami Museum’s Resident Historian, Dr. Paul George. He talks about the history of Downtown Miami, from the Tequesta to the early settlers on the river who called this area home. You hear stories about nearby archaeological sites and see hidden neighborhoods. You also get to see the city skyline while enjoying drinks and light bites.

Individual charcuterie boxes from the Miami Grazing Company will be served. Beer and wine service from Island Queen Cruises are included in the ticket price. Your ticket also includes a complimentary family pass to HistoryMiami Museum. Must be 21+ to participate. 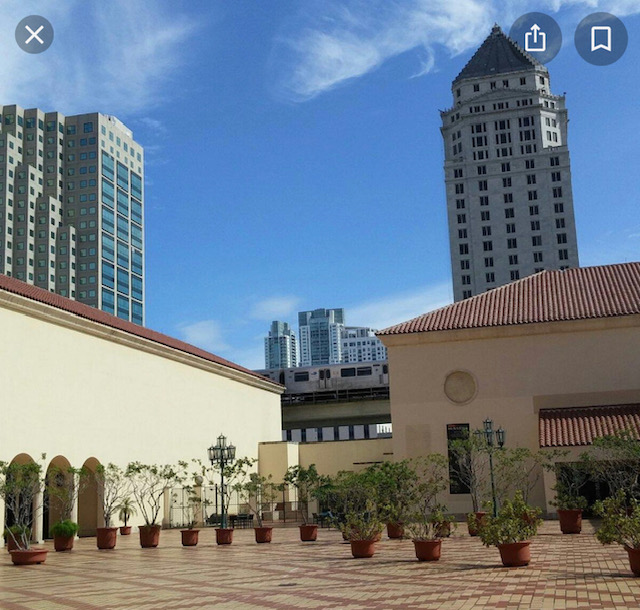 HistoryMiami Museum, formerly known as the Historical Museum of Southern Florida, is a museum located in Downtown. It is the largest history museum in the State of Florida. It also houses four permanent galleries and up to three traveling exhibits, Archives and Research Center, the South Florida Folklife Center, the Education Center, and City Tours program. Each February, HistoryMiami also hosts the annual Miami International Map Fair, the largest map fair in the Western Hemisphere. HistoryMiami Museum. historymiami.org

This month we have two more concerts and a film screening to check out: 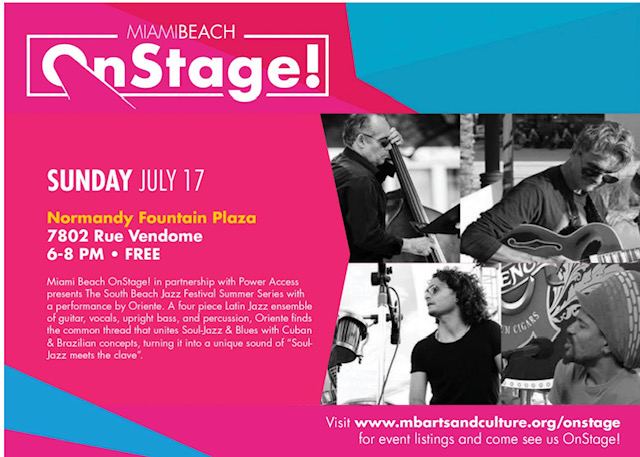 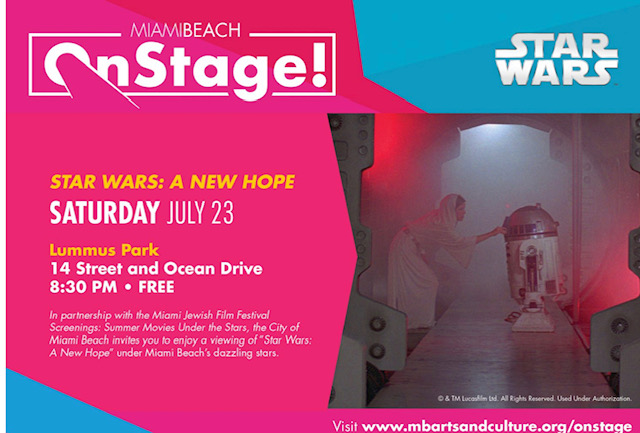 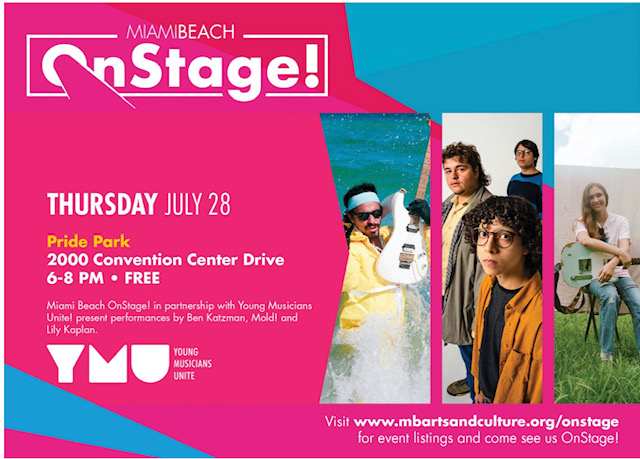