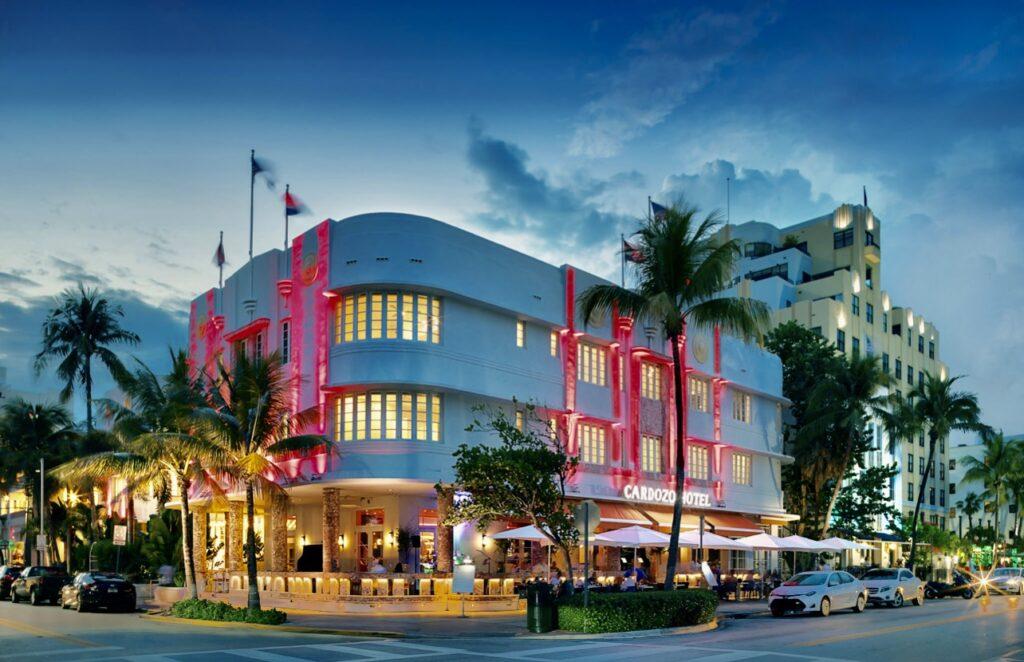 Who wants to join us next Monday night, June 20th, in Ft. Lauderdale to celebrate the 100th anniversary of Judy Garland? One of the great advantages of living in Miami Beach is having the O Cinema nearby. Anyone who visits Miami Beach will tell you that one of the most impressive things about this area is the Art Deco Historic District. One of the questions I asked myself when I moved from Manhattan to Miami Beach is “How could I leave Broadway behind?” Then I learned a little secret. 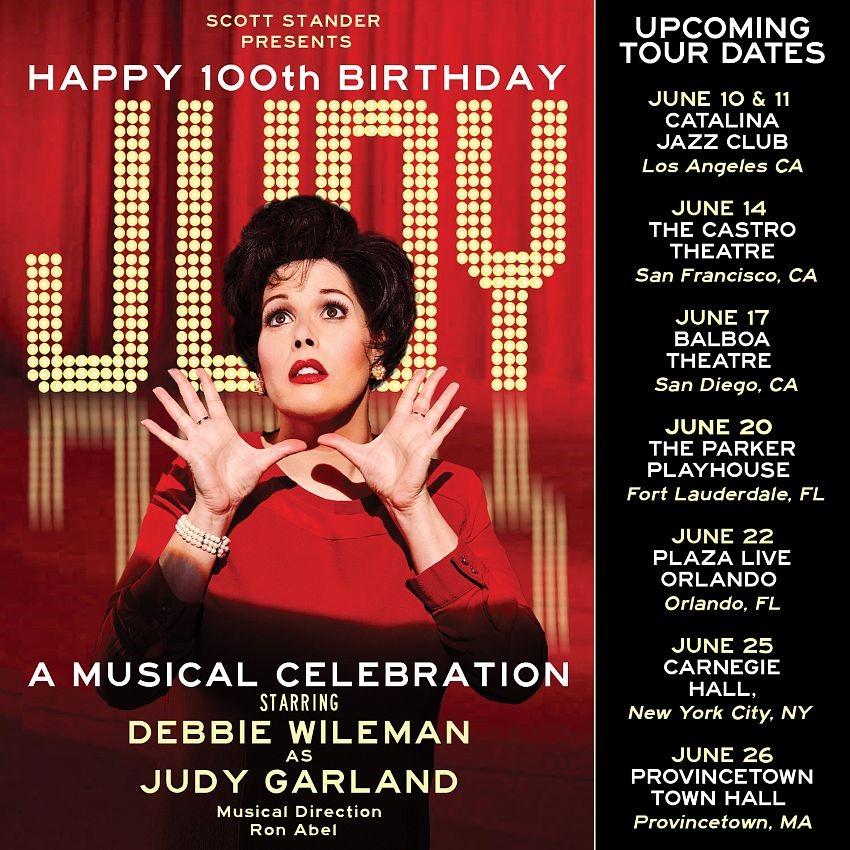 Celebrate the 100th anniversary of Judy Garland in Ft. Lauderdale. This is going to be super special night because Debbie Wileman, based in London, is the star of the show. She is known around the world as an extraordinary vocalist who impersonates classic female singers like Amy Winehouse, Lady Gaga, Shirley Bassey, Barbra Streisand, Julie Andrews, so many more. We are so excited because a live orchestra will be conducted by our good friend Ron Abel. Ron is the musical director and arranger for many well known cabaret singers, like Lucie Arnaz. We try to follow him around the country as much as possible because the performances are always super entertaining and it’s always so much fun to meet the stars backstage after the show.

The songs featured in Wileman’s show are included in her new album, “I’m Still Here,“ as a tribute to Judy Garland’s 100th birthday. It is available on streaming and digital platforms worldwide. The album was orchestrated, conducted, & produced by Steve Orich, orchestrator of the Grammy Award Winning album, Jersey Boys.

During the pandemic, Wileman began singing “A Song A Day” and posting videos of timeless songs on Facebook. With over one million views later, she became an internet sensation with global fans. Following two sold-out performances November 2021 in London starring in Little Massive Voice, Wileman won the audience award for “Best Vocalist” with the Broadway World Cabaret Awards. Get more details and Wileman’s U.S. tour dates.

One of the great advantages of living in Miami Beach is having the O Cinema nearby. It’s one of several O Cinemas that are independent, nonprofit arthouse theaters in Miami-Dade County and the Beaches featuring first-run films, programs, and events.

The one near us, at 1130 Washington Avenue, has approximately 75 seats and looks like a luxurious home theater that you would see in celebrity-owned mansions. It also feels like it because you know the staff on a first name basis and see many of the same patrons all the time. You also get personal alerts about when foreign films, that you can’t find anywhere, are being aired. This whole experience makes you feel like a Miami Beach insider.

The Miami Beach art house opened in 2003. It was located in a Mediterranean Revival style hotel at 512 Espanola Way and had a seating capacity of around 50 director’s chairs. It looked like a movie room in country inn.  In 2011, it relocated to the former old Miami Beach City Hall building on Washington Avenue at 12th Street. It was taken over by O Cinema on August 1, 2019 and renamed O Cinema South Beach. The O Cinema mission is to “Provide  intriguing, entertaining, and superior quality films that audiences will otherwise not see in South Florida. The films present a reflection of the diverse community and that prices are accessible to the broadest possible audience.”

Aside from a regular schedule of revolving new works, special programs that speak to the needs and interests of children, families, young adults, and seniors are presented to engage new audiences while remaining true to our artistic vision. Supplementing the regular schedule of new works, occasional screenings of significant classics, rarely seen pieces, and newly restored master works are also showcased throughout the year.

O Cinema was founded with a Matching Grant from the Knight Foundation. The Founder’s Circle is a group of visionaries who believe in the power of film and want to help make O Cinema a permanent world-class home for it in Miami. Our Founder’s Circle Members are recognized  on-screen before all films we show. Moreover, Founder’s Circle members receive a years’ worth of free admission to all films as well as invitations to special events and sneak previews. You can become a member of our Founders Circle by visiting the Membership page.

The Art Deco Historic District which is located between 5th Street and 23rd Street, along Ocean Drive, Collins Avenue and Washington Avenue is one of the most impressive areas in Miami Beach. I count my blessings that the city voted in the 1970’s to keep the Art Deco buildings landmarks that can never be destroyed. A handful of activists, including my friend, Elaine Bloom, founded the Miami Design Preservation League (MDPL). They are the ones who help maintain the beautiful façades and historical designation.

Art Deco is an artistic movement dating from the 1920s. The  buildings feature geometric shapes (cubes, spheres and straight lines) and are characterized by their heavy ornamentation, being more decorative than strictly functional. They include Terrazzo floors, moulded ceilings, tropical and pastel colors, straight lines, relief moulding and, above all, neon lighting are some of the most famous characteristics of Miami’s Art Deco style.

Make sure you check out:

Then, turning left on 15th street:

Walking south down Collins Avenue then right onto 13th street. 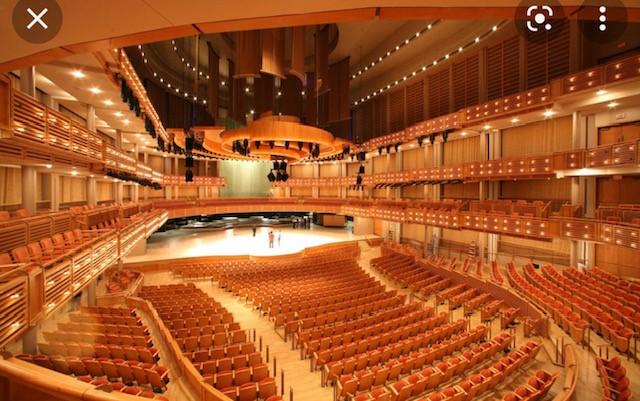 One of the questions I asked myself when I moved from Manhattan to Miami Beach is “How could I leave Broadway behind?” Then I learned a little secret. There are over 20 theaters in Miami and Broward counties. Karen Escalera, who writes for Miami Curated, developed a list of theaters in the area that everyone should file away for safe keeping.

Some of the productions are just as good as what you see on Broadway, and some of the performances are stinkers. Broadway has plenty of those too. Most of what we have seen in the last 20 years have been enjoyable, less expensive than Broadway, and are in beautiful venues.

Tags: Miami Liethings to do in Miami