The first time I saw the GableStage Theater, 20 years ago, I didn’t care what play was at the theater, I just wanted to go there all the time, and I still do. If you want to see celebrities, we have the scoop on the restaurants that are celebrity hotspots. If you want to get in the groove, be sure to get tickets for jazz singer Nicole Henry’s performance at the Adrienne Arsht Center. Vizcaya Museum and Gardens, a National Historic Landmark, welcomes visitors once a month.

The GableStage Theater Keeps Getting Better

The GableStage Theater is located at the Biltmore Hotel, in Coral Gables, a luxury resort and National Historic Landmark. The first time I saw the theater house 20 years ago, I couldn’t believe my eyes. It was situated in a beautiful and luxurious setting. I didn’t care what play was at the theater, I just wanted to go there all the time. We never had anything like that in New York City. I still feel that way today.

Over the years, the productions at GableStage kept getting better and better. I think this is probably true for regional theaters in areas all over the country.  Many stage actors and directors enjoy off off off Broadway because they get closer to their audiences. (Learn more about the theaters rich history here.)

A case in point was last Friday night when the new producing artistic director of GableStage (Coral Gables), Bari Newport, the producing artistic director, held a talk right before the production of “Boca,” in a courtyard outside the theater.  Microphone in hand, Bari spoke from the heart about the trials and tribulations of putting on a show.  The challenges of putting on a stage performance is greater than most folks can imagine. Bari was so informative. I could have listened to her forever.

I taped some of her discussion to share with you.

We enjoyed the play “Boca” because the acting was good, but it certainly reminded us of why we never wanted to live in a gated community in Florida. The idea of seeing the same people, from the same background, day in and day out, hearing the same stories over and over, and having the local community know all of your business, is a huge turn off for us. We lived in New York City all of our married lives. We had different groups of friends for different activities. We enjoyed people from different walks of life. We shiver at the thought of living a life of canasta, golf, and tennis everyday with the same people. We love Miami because it’s a melting pot. That’s the way our higher power created us and that’s the way we like to live.

Bari has been a true inspiration and she is determined to get GableStage widely recognized across America. Before moving to Miami, Bari was the producing artistic director at the Penobscot Theatre Company in Bangor, Maine, since 2012. Previously, she was artistic associate at the Alliance Theatre in Atlanta, artistic associate/literary manager at the Pasadena Playhouse, associate producer at Horizon Theatre and associate director of Florida Repertory Theatre.  Her credits go on forever.

The next production is the The Year of Magical Thinking, June 3 through 26. A group of us are planning to attend together. We might even have dinner at the stunning Biltmore Hotel. Let me know if you are interested.

Stars in Your Eyes

Miami is a hotspot for celebrities. Every day I get a call from from my business world friends asking me where they should eat while they are visiting Miami. I ask them their criteria. I find out it’s not about the food, it’s about celebrity sightings. When I recently saw a story in Eater Miami about which restaurants celebrities frequent the most, I decided to share it with you. I am happy to say that I have been to most of them. I’m so glad they all survived the pandemic. I can promise that you won’t be disappointed with any of them.

I can’t sign off without telling you which stars I have seen over the years: Derek Jeter, Gloria Estefan, Pat Riley, Andy Cohen, Pharrell Williams, and Bill Maher.

May 10. Nicole Henry Singing in the Great Outdoors 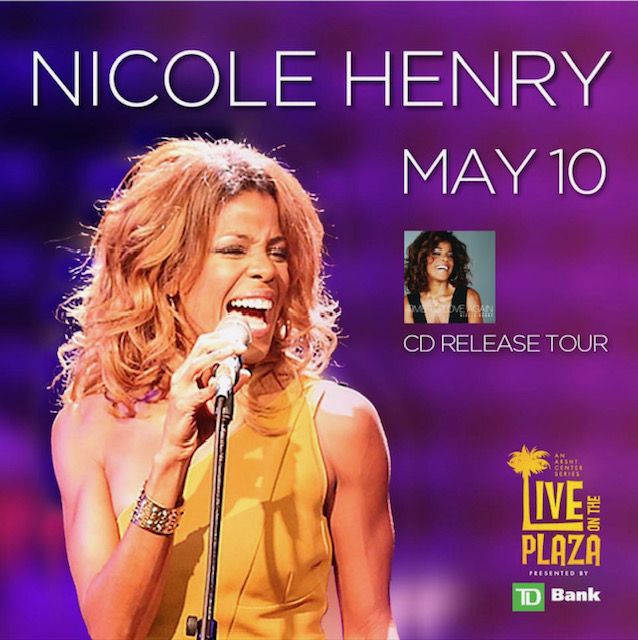 If you want to get in the grove with Eliot and me this coming Tuesday night, be sure to get tickets for jazz singer Nicole Henry’s performance Live on the Plaza stage at The Adrienne Arsht Center. The performing arts center offers a series of outdoor performances on the Parker and Vann Thomson Plaza for the Arts. It is so dreamy sitting outside, under the stars, listening to a wide variety of musical performances at very reasonable prices.

We have been friends with Nicole for years. She has captivated audiences in over 20 countries, headlining at venues in cities including New York, Tokyo, Madrid, Moscow, Paris, Shanghai, Los Angeles, Chicago, Boston, San Francisco and Miami We saw her perform a few times in New York City and then introduced her to a number of our friends in the entertainment business. They all became so friendly that she became part of our social circle. She lives in Miami most of the time, so everyone knows her. It’s wonderful to know someone personally and see them perform for all kinds of audiences. She always gets a standing ovation.

The Adrienne Arsht Center is one of the largest performing arts centers in the United States. The center was partly built on the site of a former Sears department store; an Art Deco building constructed in 1929. The only surviving part of the original structure is the seven-story tower designed by Sears as its store’s grand entrance. The department store space itself had been demolished and developers decided to preserve the tower and incorporate it into the new performing arts center. It has been adaptively restored as a bookstore-café called the Café at Books & Books.

May 11.  Relax and Chill at Viscaya 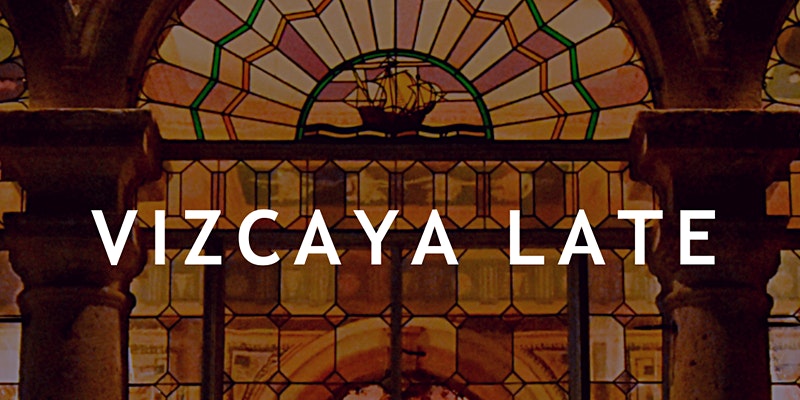 It’s amazing how some museums and party spaces are so inventive when it comes to planning events for their venues. It makes me feel more complete that there are so many things to do. Every month, Viscaya  welcomes the community to the estate for a low-key night out. Their invitation says, “At Vizcaya Late, we open the Main House after hours for you to visit. While you’re here, take the chance to stroll the gardens with family and friends for a mid-week wind-down!

This month, listen to local musician, Marnino Toussaint, on the East Terrace. Join in a discussion about recent award-winning restoration projects at the estate. To round out the night, purchase light bites and refreshments at the Café and Shop to enjoy by the bay or in the gardens.

Vizcaya Museum and Gardens is a National Historic Landmark that preserves the Miami estate of agricultural industrialist James Deering to engage our community and its visitors in learning through the arts, history and the environment. Built between 1914 and 1922, Vizcaya is one of the most intact remaining examples from this era in United States history, when the nation’s most successful entrepreneurs-built estates inspired by the stately homes of Europe.