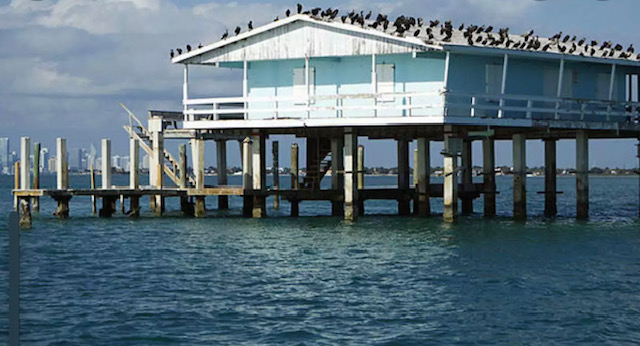 Get your smartphone camera ready. I am going to tell you  about one of the most unusual and picturesque things to do in Miami. Underneath the massive cruise ships that dock in Miami, is underwater world that needs to be saved. Forget online dating. If you are looking to get hooked up, Monty’s is the place to go. If you ever wanted an active social life, join us on the all-day art gallery crawl.

There is a group of historical stilt houses located right in Biscayne Bay that date back to the 1930’s. The area is called Stiltsville and the structures stand on wood or reinforced concrete piling, generally 10 feet above the shallow water, which could be one to three feet deep at low tide. 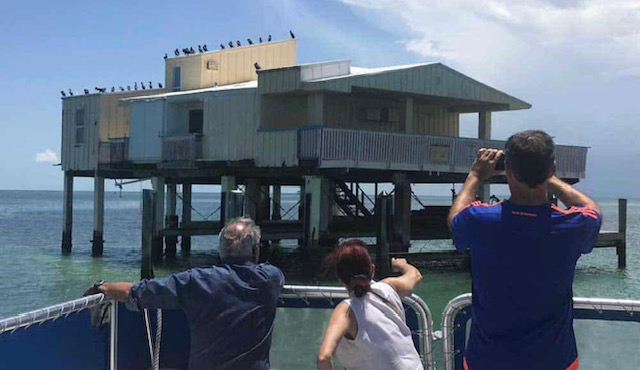 You can only get to Stiltsville by boat which makes the location very mysterious and exclusive. Over the years I have heard stories about illegal alcohol and gambling in Stiltsville that led to several police raids back in the day. Some say that in 1960 there were 27 structures on the flats, but hurricanes and fires destroyed that. Hurricane Andrew left only seven buildings standing. There is a debate as to when the first stilt shack was built. Some say the early 1930s, but some Dade County historians say there were a dozen shacks in “the flats” as early as 1922. 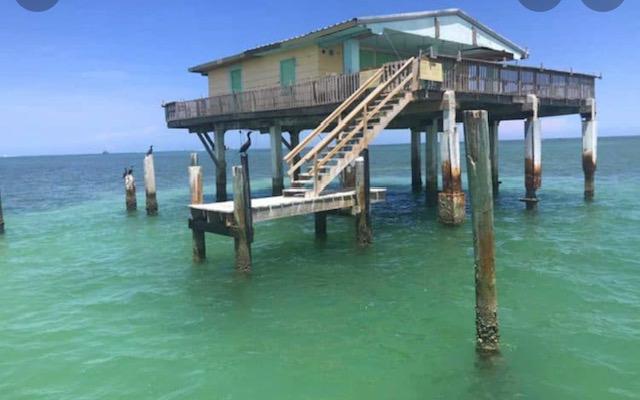 “Crawfish” Eddie Walker built a shack on stilts above the water in 1933, toward the end of the prohibition era, allegedly to facilitate gambling, which was legal at one mile offshore. Crawfish Eddie sold bait and beer from his shack and was known for a dish he called chilau, a crawfish chowder made with crawfish he caught under his shack. original shack was destroyed by the late-season Hurricane King of 1950.

Coral Reefs Are Screaming For Help. Is Anything Being Done?

I read about this a few years ago, but here it is again. This time the Associated Press is covering the news. Before we start the story let me explain that this is happening in the waterway next to my condo in Miami Beach.

Here is the AP story.

MIAMI (AP) — Humans don’t know what they’re missing under the surface of a busy shipping channel in the “cruise capital of the world.” Just below the keels of massive ships, an underwater camera provides a live feed from another world, showing marine life that’s trying its best to resist global warming.

That camera in Miami’s Government Cut is just one of the many ventures of a marine biologist and a musician who’ve been on a 15-year mission to raise awareness about dying coral reefs by combining science and art to bring undersea life into pop culture.

“We aren’t all art. We aren’t all science. We aren’t all tech. We are an alchemy,” said Colin Foord, who defies the looks of a typical scientist, with blue hair so spiky that it seems electrically charged. He and his business partner J.D. McKay sat down with The Associated Press to show off their work. Read more here. 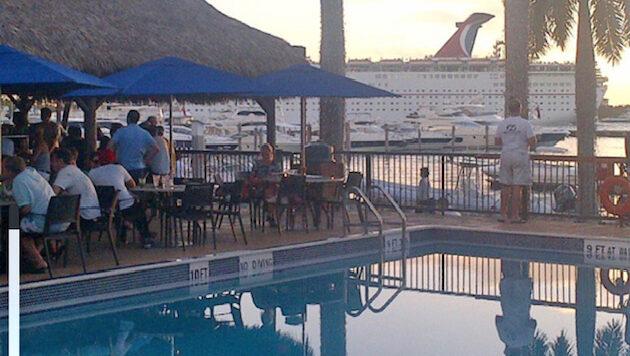 Forget online dating. If you are looking to get hooked up, Monty’s is the place to go. It’s located right next to the Miami Beach Marina in South Beach. It looks like a shack with a tiki hut roof, but don’t let it’s modest appearance fool you. It’s the hottest meeting place around. 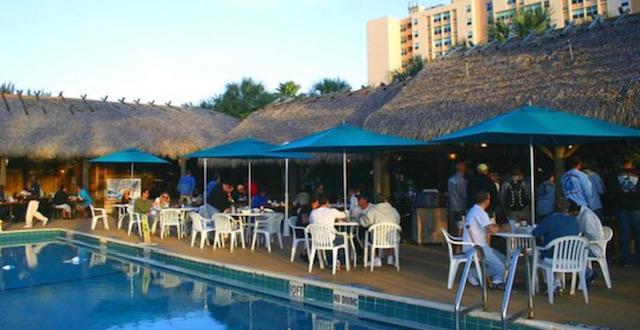 If you are 50 or over, you shouldn’t be hanging out in the clubs that the entertainment writers highlight all the time: (Elleven, Story, Liv). You are way too old and you will look desperate. Monty’s may not be classy but it will give you plenty of candidates in a very relaxed atmosphere. Some of the folks will look a little disheveled because they just got off their boats in the marina. When you see the size of their yachts, you will also see the beauty in them. Trust me, you will start thinking Monty’s is a gold mine.

Another great advantage of Monty’s is that their clientele comes in all shapes and sizes. There are plenty of good looking men and women there. Some of the folks are so glamorous you will think they are models. However, the majority  are just nice looking folks who have accomplished a lot in life. You have to be patient to hear all the stories to figure out who is the one for you. Don’t rush it. Monty’s is busy every night of the week. The bar area is huge, so make sure you take a stroll around the room to see if A-Rod or Drake showed up. Yes, it can get that exciting. Get the details.

May 21. The Art Gallery Crawl 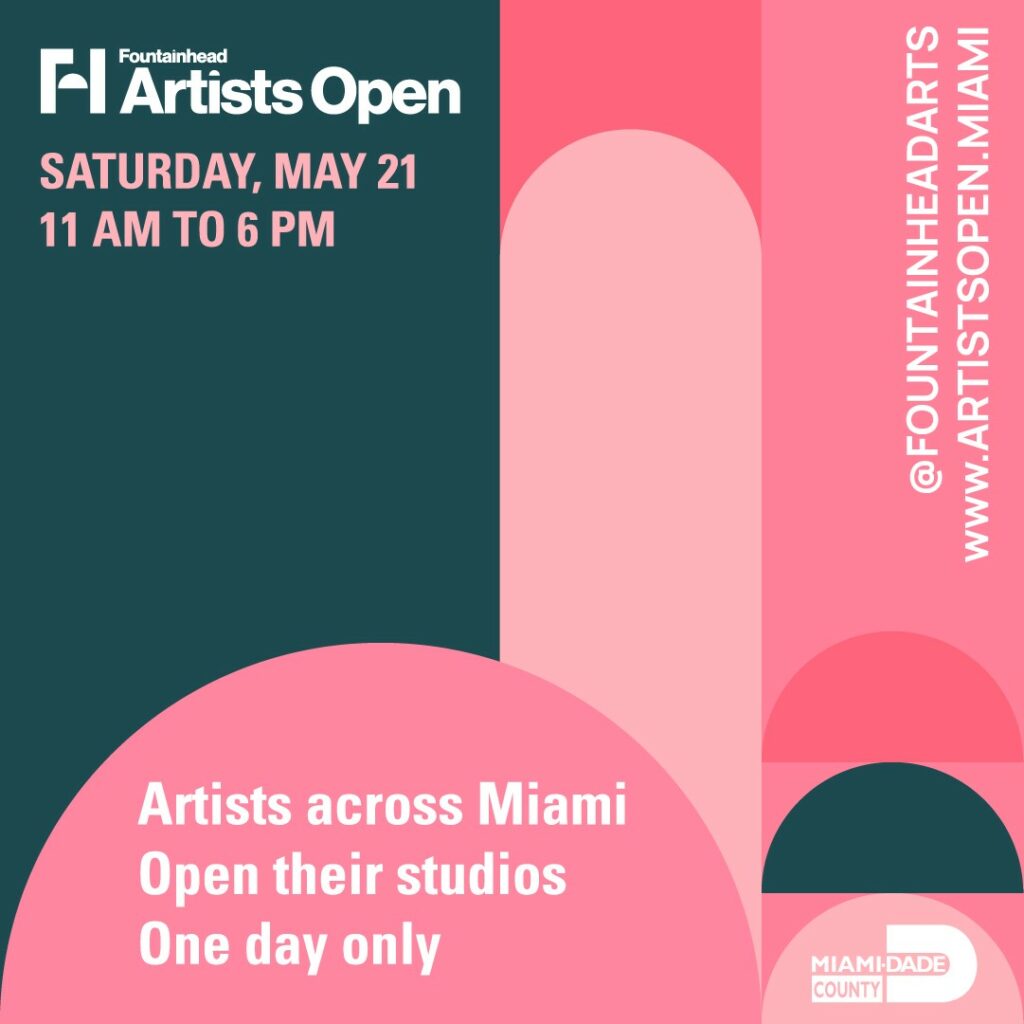 If you ever wanted an active social life, join us on the all day art gallery crawl. You are going to meet gallery owners, artists, and many new friends from all walks of life. This is such a great way to connect to worlds unknown.

Get ahead of your game plan by exploring our totally interactive artist directory leading you right to the studios you want to see. Click each artist’s name to access a Google Map to their studio, and see the work on their website and social media profiles.

Want to explore by neighborhood? Scroll below to see our neighborhood guides and get ready to see your city from a new angle.

PLUS: Visionary and Benefactor members are invited to join us for a kickoff toast celebrating the affair. Join us at 10:00 amfor mimosas and an intro to the Fountainhead Studios artists.