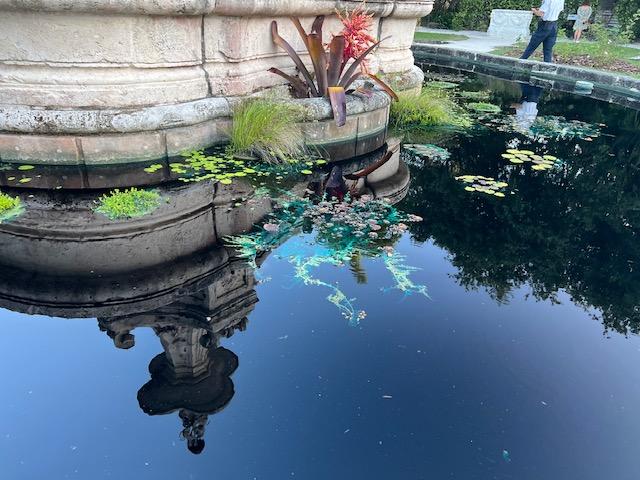 The minute I learned that Fairchild Tropical Botanic Gardens in Coral Gables was going to have a Lego exhibit, I knew I was going to see it. We decided to take our own advice from last week’s newsletter and visit Vizcaya at twilight.  There’s a new type of music Rhythm Portal—a unique and a one-of-a-kind live show. I’m excited to tell you about the South Beach Jazz Festival that‘s dedicated to educating people about living and working with disabilities. 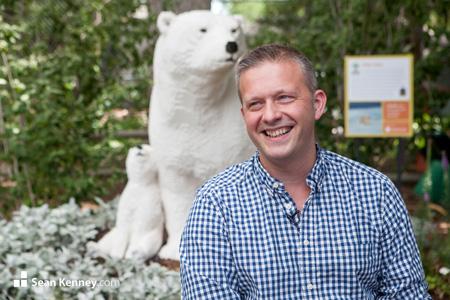 We have been so fascinated by these construction blocks for decades that we follow them everywhere. Now they are being used as art pieces in an exhibit by Sean Kenney called Nature Connects. He wants to give visitors the opportunity to see how these gravity-defying art structures are connected to the world of nature! Anyone who is willing to walk 82-acres to see 30 giant sculptures, built with over 700,000 LEGO bricks, is going to be delighted with each one. You have to look closely to see that they are actually built with Legos. It’s just fascinating!

Fairchild Tropical Botanic Garden is a museum, laboratory, learning center, and conservation research facility whose main role is preserving biodiversity. It has 45,000 members and more than 1,200 volunteers. In 2012, Fairchild became the home of the American Orchid Society.

Lego is a line of plastic construction toys  that are manufactured by The Lego Group, a privately held company based in Billund, Denmark. As of 2021, Lego was the largest toy company in the world.

Vizcaya is a Mood Pleaser

Three friends joined Eliot and me as we walked through the Italian Renaissance gardens of the early 20th-century estate. The 50 acres are on the coastline of Biscayne Bay. You can travel all over the world, but you will rarely see anything as beautiful.

The golden sun at twilight is the best part of the day to enjoy this natural beauty. Every age group enjoyed  the freedom to roam the grounds and appreciate what used to be Villa Vizcaya, the  estate of businessman James Deering, of the Deering McCormick-International Harvester fortune. Vizcaya is located in the present-day Coconut Grove neighborhood of Miami, Florida.

The museum provided great music on one of the expansive patios facing the bay. It’s not that often that you get to stare at the bay from such a scenic location.

Check the Vizcaya calendar for their evening events. This is a great way to appreciate the Gilded Age.

The landscape and architecture were influenced by Veneto  and Tuscan Italian Renaissance models and designed in the Mediterranean Revival architecture style, with Baroque elements. F. Burrall Hoffman was the architect, Paul Chalfin was the design director, and Diego Suarez was the landscape architect.

Vizcaya is operated by the non-profit Vizcaya Museum and Gardens Trust, Inc. and owned and supported by Miami-Dade County. 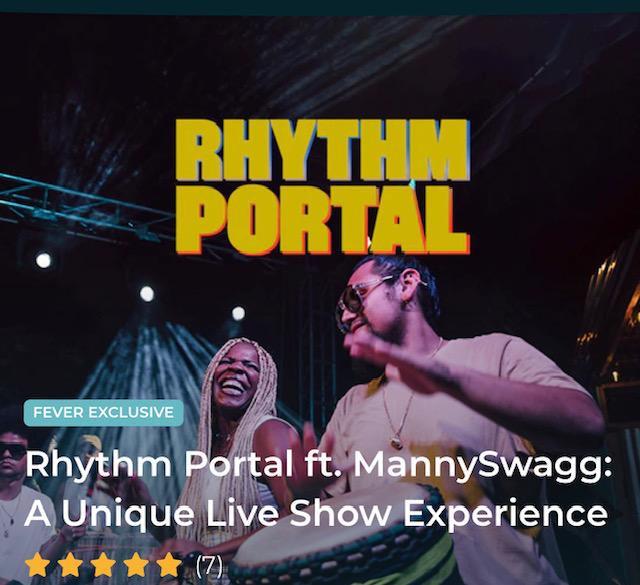 As so many people know, Miami is a city of entertainment. We love it when many of the different cultures come together to perform on stage. It a wonderful feeling of unity, something this world needs more of all the time. That’s why we are going to make it our business on one of the upcoming dates to experience this new type of music. It’s called Rhythm Portal. You can be sure that it’s a unique and a one-of-a-kind live show created by Santiago Vazquez.

He created and developed the language of Rhythm with Signs in order to lead rhythmic improvisation and composition in real time, and put it into practice with his groups La Bomba de Tiempo, La Grande, and PAN. Currently its language is being used by thousands of musicians, groups, educators and music therapists in more than 30 countries.

The Rhythm Portal show features eleven musicians from around the world for an experience that can’t be missed! This week’s show will feature Latin reggae extraordinare, Manny Swagg. Vazquez is a musician, multi-instrumentalist, composer, director, producer, rhythmic researcher, and generator of cultural projects. He studied drums, percussion, piano, guitar, mbira, composition, harmony and counterpoint privately in Argentina, Spain, the U.S. and other countries.

From Disability to Serendipity

As folks get older, they start to question their self-worth, especially after they retire. The most obvious reason for this self-examination is because most of their identity was related to their work life. Now they don’t have anything that they belong to or are validated by. It happens to all of us. Even though we are still working, Eliot and I joined art groups, bookstore events, theater clubs, and museum activities. It has given us a fuller life without any required commitments. Now we are going to join a jazz music group that‘s dedicated to educating people about living and working with disabilities. 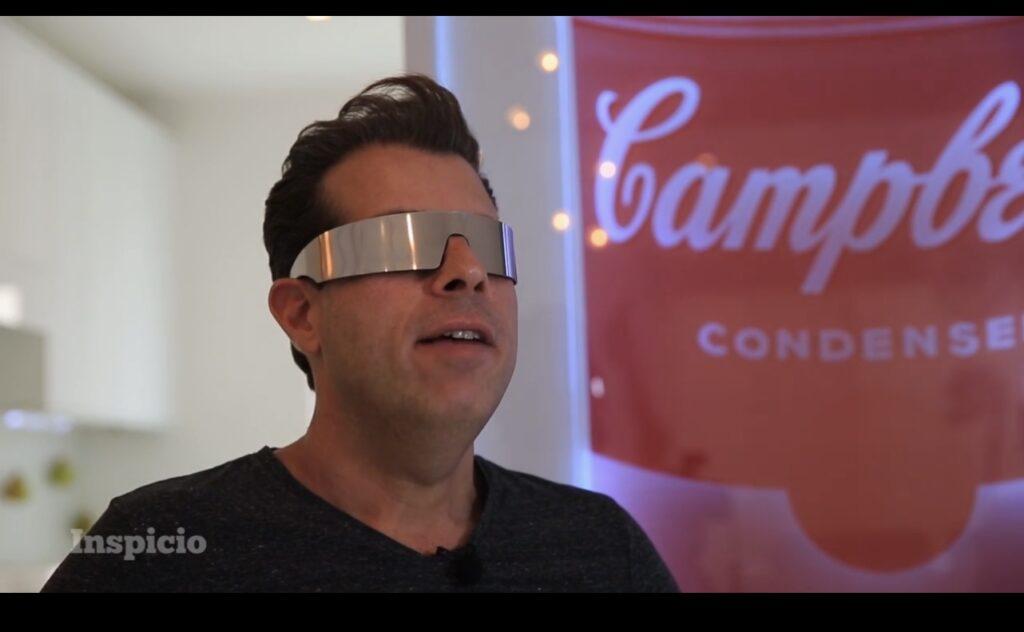 The South Beach Jazz Festival was started 20 years ago by David New, a multi-talented musician, who contracted a rare disease that left him deaf, blind, and paralyzed from the waist down. Defying all odds, David learned to walk again and gradually regained his hearing, though he did not regain his sight. He has since become a steadfast advocate for people with disabilities, creates glass sculptures, founded several companies and non-profits, and has embarked on an exciting venture, the South Beach Jazz Festival, www.sobejazzfestival.com.

As a visual artist his whole life, he felt like he was missing a component. He had to rethink everything. Then he got involved in the community of Miami and started new organizations and non-profits. David works tirelessly to break down barriers and to educate people about living and working with people with disabilities.  In addition to serving as president of Power Access Inc. and Ability Explosion®, he was chairman of the Miami Beach Disability Access Committee for six years until January 2016, where he is still instilled as a member. David was the founder of the Miami Beach Council of the Blind, an affiliate of the Florida Council and the American Council of the Blind.  In 2012, he took over Access Now Inc., which is an advocacy organization for enforcement of the Americans with Disabilities Act. With Access Now, David is working to build the first fully accessible art museum in the world located in Philadelphia, Pennsylvania.

Through Power Access and Access Now, his two non-profit organizations, David provides programs and produces experiential events centered around building awareness of the challenges faced by people with disabilities, including Dining in the Dark, Disability Awareness Day and the South Beach Jazz Festival.

David recently reignited his lifelong passion for creating art when he learned about a new 3-D laser technology for creating laser-etched glass sculptures, a perfect medium for his visionary mind and imagination. He was introduced to the machinery, serendipitously located in Miami – the only one of its kind in the country. He designs the concept, the imagery, dimensions, and presentations, as well as the polished stainless-steel bases and glass specifications. David’s work has been exhibited in art galleries, at Art Basel Miami and he has plans to open a gallery on Miami Beach.” 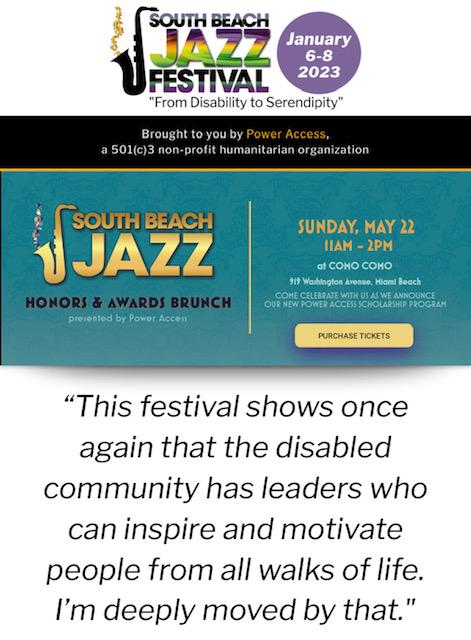 The South Beach Jazz Festival takes places in venues throughout Miami Beach over three days during January. Classic, Latin and New Orleans styles of Jazz are featured. Most of the performances are free, open to the public and outdoors.

There are all kinds of opportunities for you to get involved. Go to the website to see all of the activities.   www.sobejazzfestival.com.

Remember, “From Disability to Serendipity”