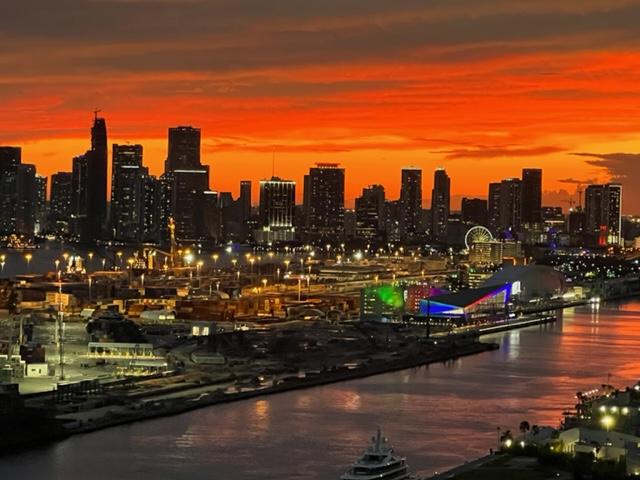 Ever hear of Governor’s Cut? Well Eliot captured it in this photo of the Miami skyline. Want to hang with the beautiful people? Check out Joia Beach Club, one of the new hotspots that makes you feel like you entered the world of the rich and famous. If you ever wished you had a secret garden, I have just the place for you. I am super excited. We bought tickets to see the limited run of Joan Didion’s “The Year of Magical Thinking,” at GableStage, the theater at the Biltmore Hotel.

Where The Beautiful People Hangout 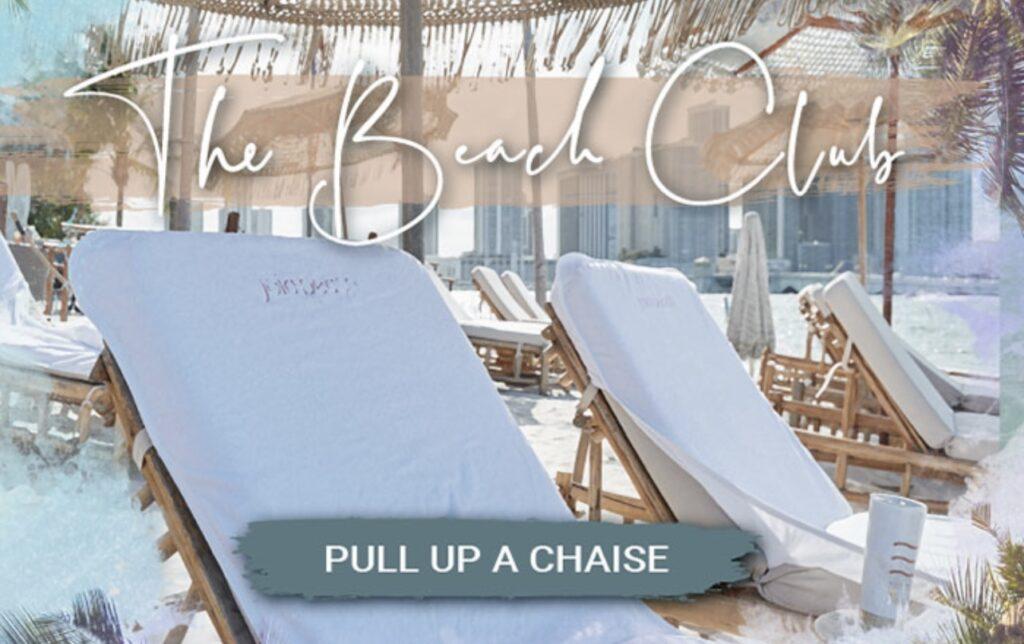 If you are in the mood to completely change your environment on Sundays when you are off from your daily responsibilities, I would like to suggest the Joia Beach Club. It’s one of the new hotspots that makes you feel like you entered the world of the rich and famous.

So many of my friends say it’s where Miami meets St. Tropez, or the American Riviera. The Sunday brunch is an extravagant daytime experience unlike any other in Miami. Joia brands their club by saying, “You get a delicious brunch fare, unforgettable entertainment, craft cocktails, and an exuberant atmosphere that sets the stage for a champagne-soaked afternoon. The club is set against sweeping views of the city skyline and Biscayne Bay, the soundtrack is pure magic, the energy is unparalleled. It’s brunch time every Sunday from noon until 4pm with bottles of rosé, magnums of champagne, and a specially curated brunch menu from our culinary team.” The club is connected to Jungle Island, an eco-adventure park on Watson Island. The park features new pop-up waterslides, an outdoor wind tunnel flight experience, zip lines, escape rooms, a Nerf battle stadium and other attractions.

The Joia club area is kept very separate from Jungle Island but it’s nice to know the area is populated with happy people. We love going to Joia because celebrities that are visiting Miami tend to show up most Sundays. It’s fun to see JLo, The Kardashian’s, the Williams sisters, Madonna, Cher, Heidi Klum, Leonardo DiCaprio, sitting at a nearby table.  What a rush! Get the details. 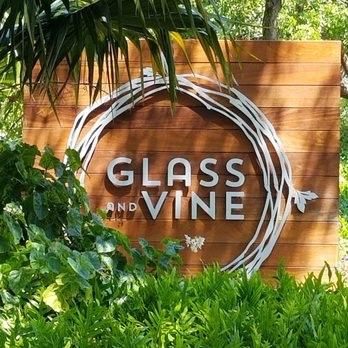 If you ever wished you had a secret garden, I have just the place for you. My friends introduced it to me at the beginning of the pandemic and it quickly became my go to place to safely socialize and dine. Located in the heart of Coconut Grove, the name of the restaurant nestled in the middle of all the lush greenery is Glass & Vine. The big attraction is that it’s totally casual and relaxed. The tables are spread out amongst the trees and bushes so the entire place definitely looks more like a park than a restaurant.

Nature is all around you. You can smell freshly cut grass and you can hear birds chirping all the time. The prices are very reasonable and there is a wide selection of salads, fish, chicken and meats. My favorite drink is the Moscow Mule. Glass & Vine makes it so tasty that it’s difficult to drink it anywhere else. It’s such a pleasure to sit under the trees and take in the garden sights. You truly get to unwind in the most natural setting ever. Go for it.

The Year of Magical Thinking” at GableStage’s “

I am super excited. We bought tickets to see Joan Didion’s “The Year of Magical Thinking,” at GableStage, the theater at the Biltmore Hotel, Coral Gables. The play is only being performed through June 26. I wanted to be sure we actually got to see one of the performances of her 2005 memoir about the year following the sudden death of her husband John Gregory Dunne. There was also a production of her 2007 solo show on the subject, a piece that also explores the loss of the couple’s beloved only child.

Actress Sara Morsey plays Didion. There is no question about it, this is a very dark play and not one that is going to lift our spirits after we see it. However, if you are a Didion fan you feel compelled to experience everything she got involved with. I understand from the reviews, especially the one that Christine Dolen wrote for Artburstmiami.com, that the GableStage performance, is a one-of-a-kind experience.

“Producing artistic director Bari Newport and her creative collaborators imagine Didion, speaking from inside a void – a void representing the magical thinking that helped carry her through her first year as a widow. From the reflective black floor to dark walls that become a canvas for the projection of abstract images, the space is a physical manifestation of the darkness that can afflict a survivor after a profound loss.”

In order to give a dramatic performance, Sara Morsey actually stands on her feet for the play’s 100-minute running time. Christine Dolen says, that she doesn’t much look or sound like the petite, reed-thin Didion, but that scarcely matters. The words, the reflections, the storytelling, the commonality of grief – those are the things that matter.”

I am very happy that GableStage decided to perform such a serious play. This is artistic director Bari Newport’s inaugural season at this theater and she plans to make it special.

What Is Government Cut?

Every time someone looks out my window, they ask me about the body of water below. “What is that?” I say “Government Cut.” They say, “Government what?” It’s really an easy explanation and I decided to detail it now because Eliot took the most magnificent photo of the Miami skyline featured at the top of the page, which also includes Government Cut. 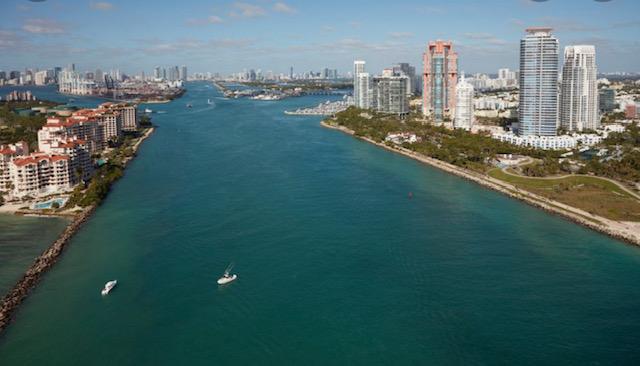 Photo from our window by Eliot Hess

Government Cut is a manmade shipping channel between Miami Beach and Fisher Island, which allows better access to the Port of Miami in Miami, Florida. Before the cut was established, a single peninsula of dry land stretched from what is now Miami Beach to what is now Fisher Island, and boats destined for the port at the mouth of the Miami River had to pass around Cape Florida, to the south of Key Biscayne.

Opened in 1905, the cut across the peninsula that is now Miami Beach was authorized by the U.S. government (hence the name), in order to provide a direct route from the Atlantic Ocean on the east to the seaport on Biscayne Bay to the west, without having to detoursouthward. The cut across the mangroves and beach at the southern end of the peninsula created Fisher Island, which except for the extreme northeast corner, is part of unincorporated Miami-Dade County, Florida. The now-famous South Beach is to the north of the cut.