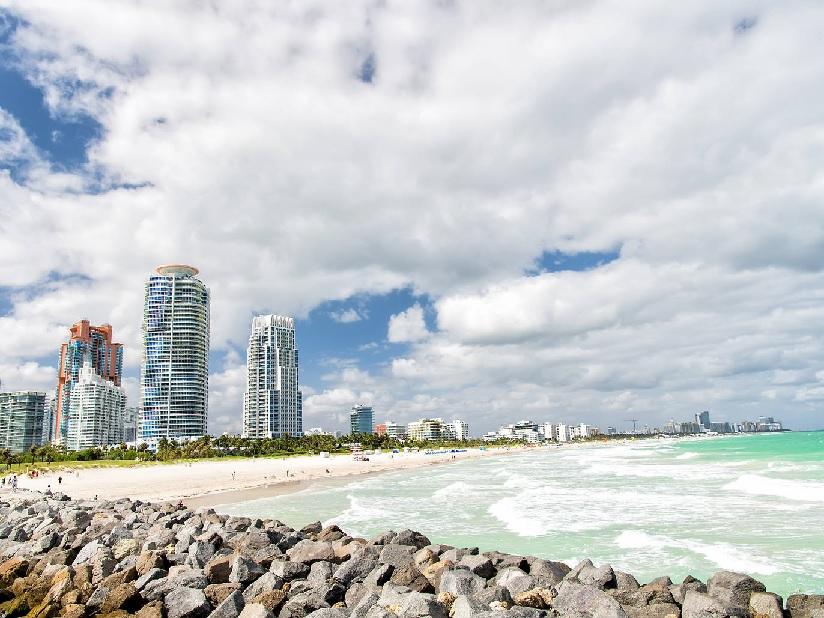 For 25 years we’ve been fans of Romero Britto, Miami’s answer to Keith Haring, Andy Warhol, and Roy Lichtenstein. If you’re planning a Miami vacation and want to live like a local, I have just the place. Red Rooster has a gospel lunch every Sunday and we’re heading there this week. And I’ve got the scoop on the best beaches in Miami, and we have a lot to choose from. 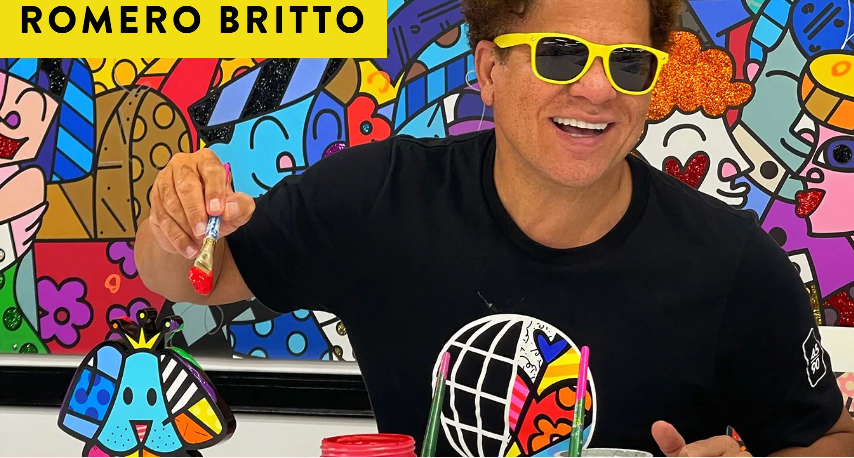 When we first arrived in Miami 25 years ago, one of the most popular things to do was to visit the Romero Britto gallery on Lincoln Road. We had a little interest in art at the time, but just like thousands of Miami tourists we went to Britto’s gallery on a regular basis to see what new creations he had conjured up.  Britto was Miami’s answer to Keith Haring, Andy Warhol, and Roy Lichtenstein. Britto’s unique style was re-defining pop art. He was capturing the ecstasy of the imagination.

Brito was born in Brazil in 1963. He considers himself a painter, serigrapher, and sculptor. Wikipedia says he “combines elements of cubism, pop art, and graffiti painting in his work, using vibrant colors and bold patterns as a visual expression of hope, dreams, and happiness.

His bio says, “Britto has seen success that many artists only ever dream of. He designed the United Nations postal stamps, he created the NFL SuperBowl XLI pre-show with Cirque du Soleil, and even sold paintings to many celebrities and politicians. Romero Britto is not only active in the arts, he is also active in politics where he has served as a panelist at the World Economic Forum. Britto is also involved with many charities and believes art is an important aspect to life.”

That’s a great explanation as to why his art is now sold worldwide. People just love his vibrant colors, the energy they project and the characters he creates. Now he has an online shop. If you can’t go to him, he will go to you. www.shopbritto.com 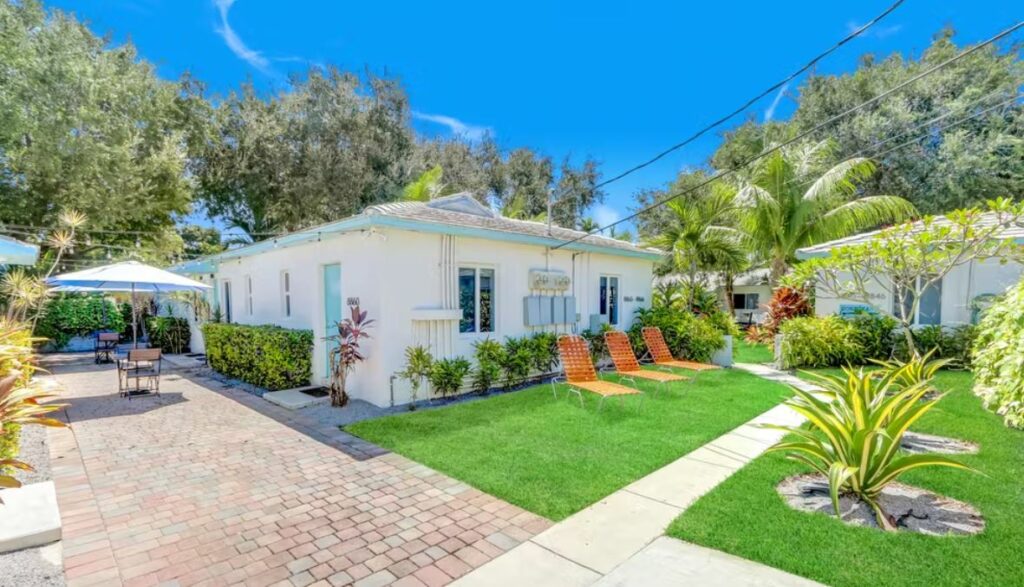 Not everyone who visits Miami wants to be in the hustle bustle of the Magic City. Some folks just love the old Miami look and want to stay in a quiet community where they can sun and swim without any fanfare. There is a beautiful area of Miami that offers this kind of paradise.

The area is called El Portal. It’s a charming village located six miles from downtown Miami yet it feels like you are hours away. The beauty of it is that it’s a small, diverse enclave between Miami Shores and Miami. The village was also designated as a bird sanctuary by the state which means that the birds and trees come first. They cannot be harmed or damaged in any way. If you love to walk, a nature trail winds its way through the village. 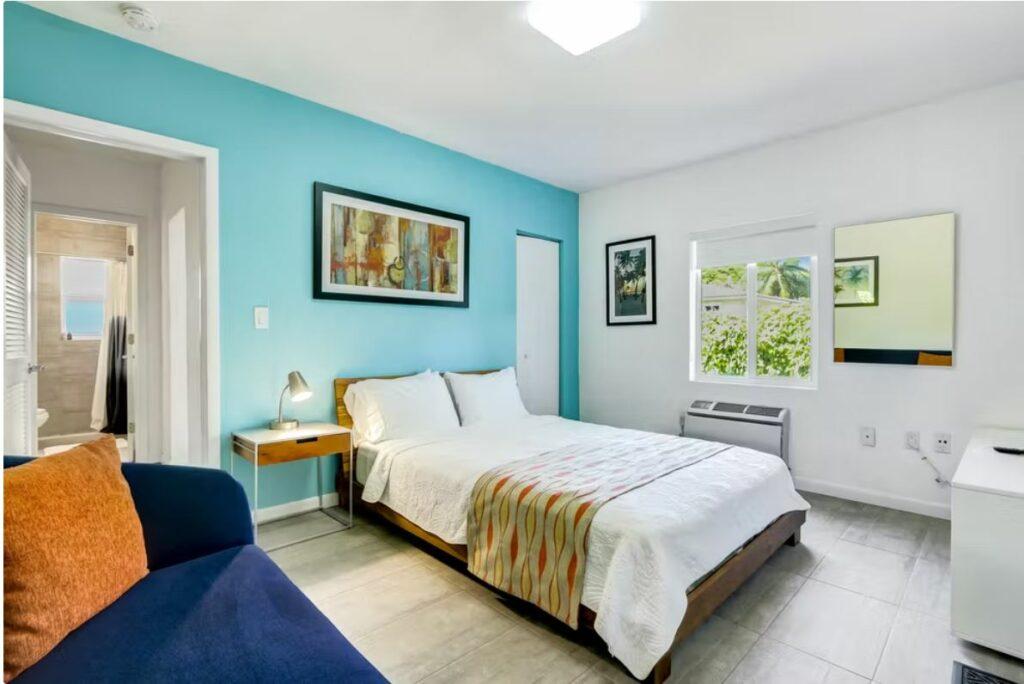 The Cottages El portal is a rare find.  The cottages are fully furnished with CB2 contemporary furniture, offer you a ground floor view of lush gardens, covered porches, brick patios with chairs and tables, and fully furnished kitchens. Laundry facilities are steps away from the cottages. All the comforts of home, maybe better considering the warm weather year round. The list of amenities goes on and on. Get the details. Get all the details. 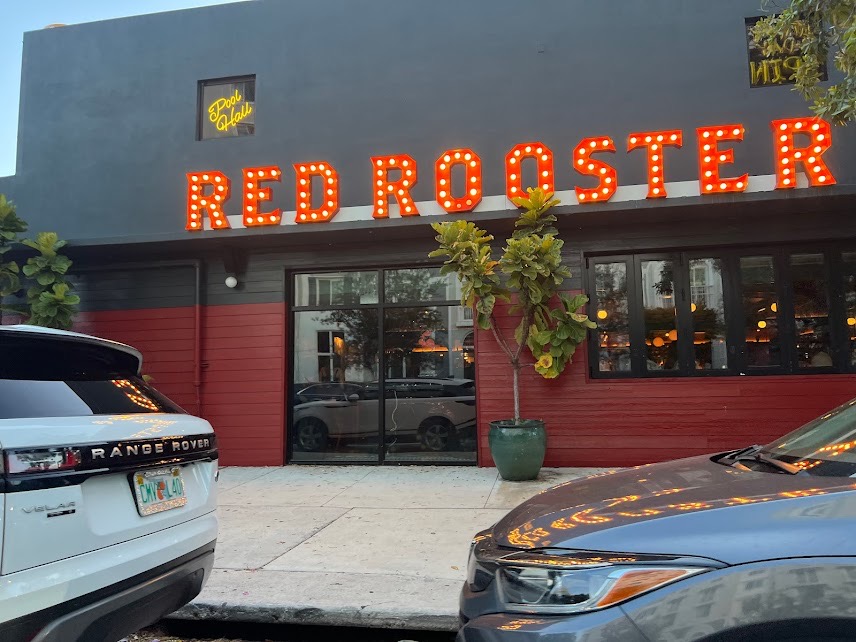 We have big plans for Sunday. We are going to the heart of Overtown in Miami where the restaurant Red Rooster serves comfort food. Overtown is an area of Miami where people of color mostly lived for decades. Now it’s slowly changing to an entertainment area where films are made and music is created. We are working to keep plenty of affordable housing in the area. We are all for diversification and we don’t want to lose the local appeal. 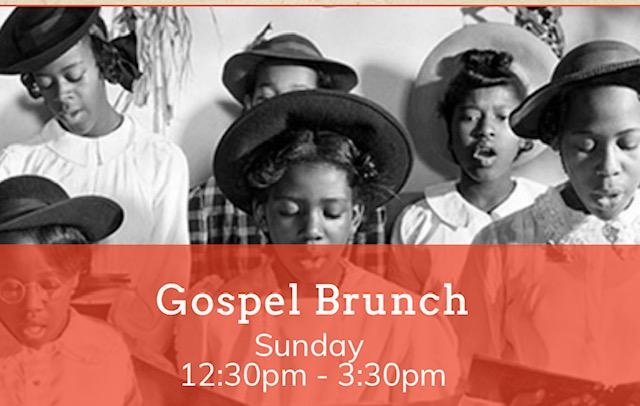 That’s why this Sunday is so special. We get to tour the area with friends and experience Red Rooster’s American cuisine and the culinary traditions of the neighborhood.  I forgot to mention that Marcus Samuelsson, the  Award-Winning Chef, Restaurateur, Author, and Co-Owner of Red Rooster Harlem is also the executive chef at Red Rooster Miami. His other worldwide restaurants are MARCUS Montreal, Streetbird at Yankee Stadium and Marcus at Baha Mar Fish + Chop House in the Bahamas. Samuelsson was the youngest person to ever receive a three-star review from The New York Times and has won multiple James Beard Foundation Awards including Best Chef: New York City. 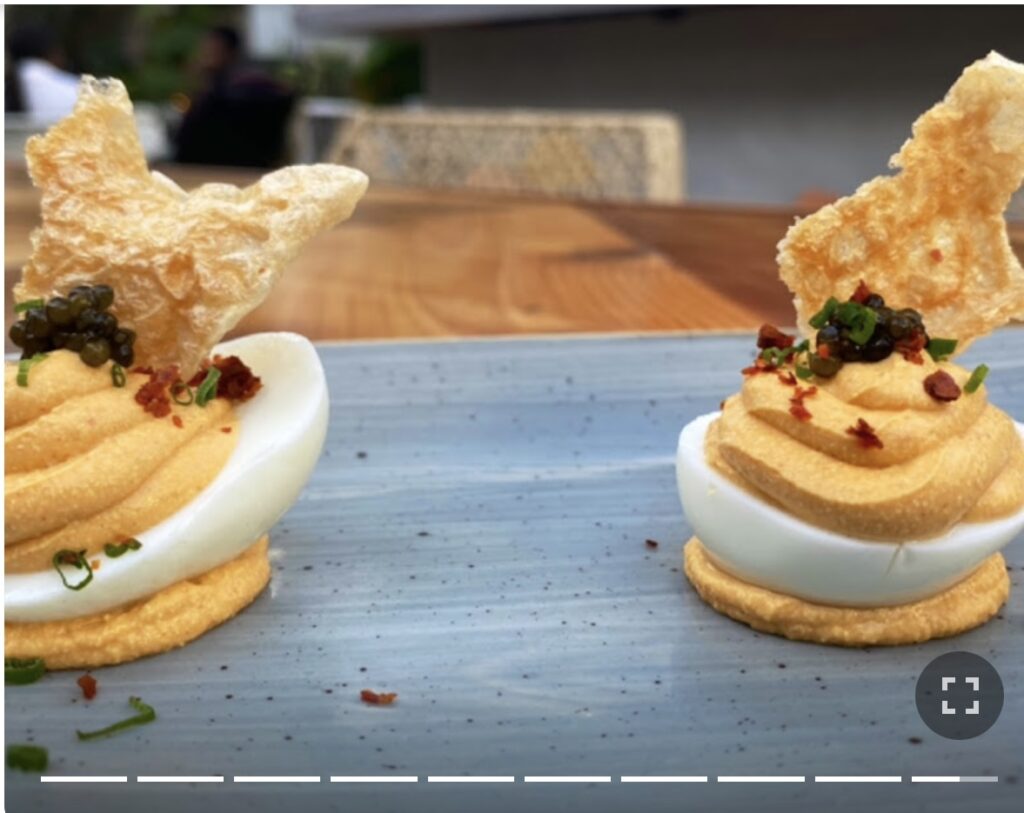 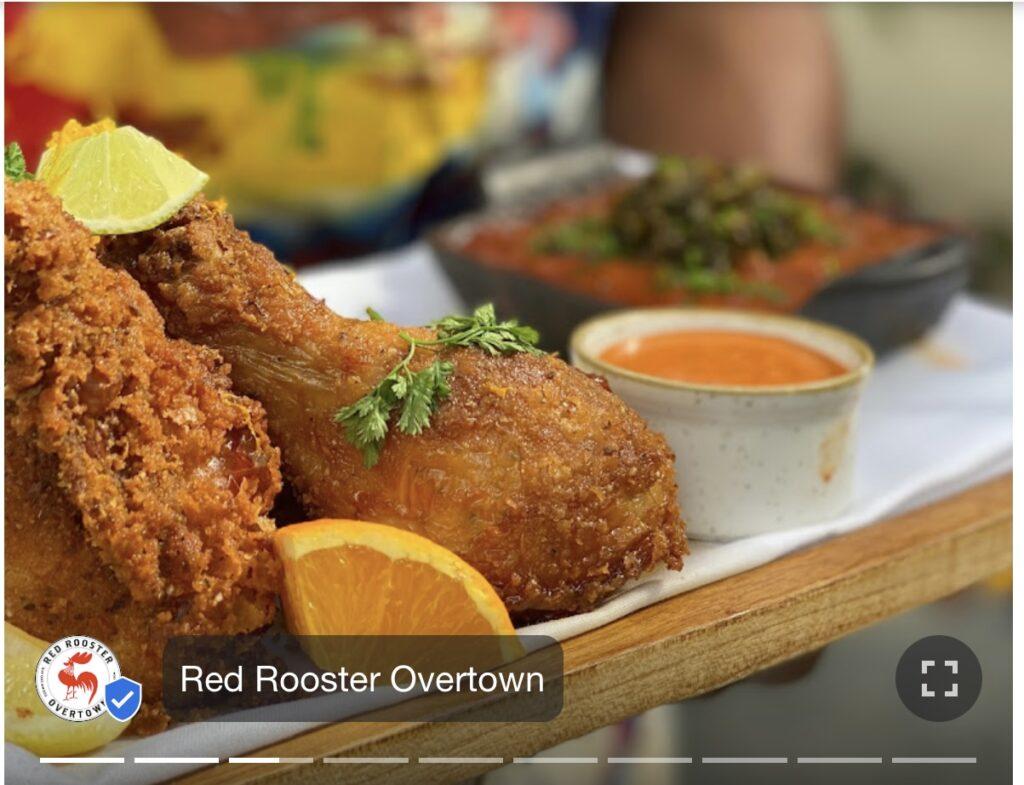 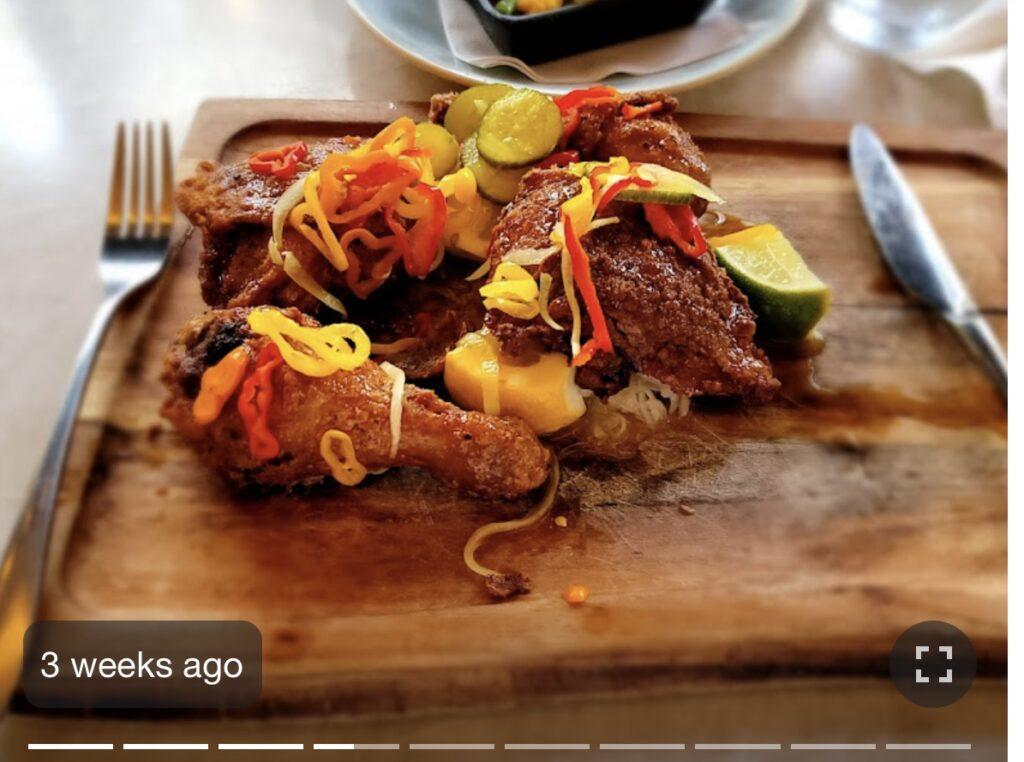 His accomplishments are never ending. A Google search said “he was tasked with planning and executing the Obama Administration’s first State dinner honoring Indian Prime Minister Manmohan Singh. Samuelsson was also honored with curating the team of chefs for the 2022 Met Gala menu where he selected the lineup of three women chefs who represented the rich diversity of American cooking. Samuelsson was crowned champion of television shows Top Chef Masters and Chopped All Stars, and was the winning mentor on ABC’s The Taste. He was also newly named Iron Chef on Netflix’s rebooted Iron Chef: Quest for an Iron Legend. Samuelsson received the James Beard Foundation Award for Outstanding Personality for his TV series titled No Passport Required with VOX/Eater and he is an executive producer of Viceland’s show HUSTLE. 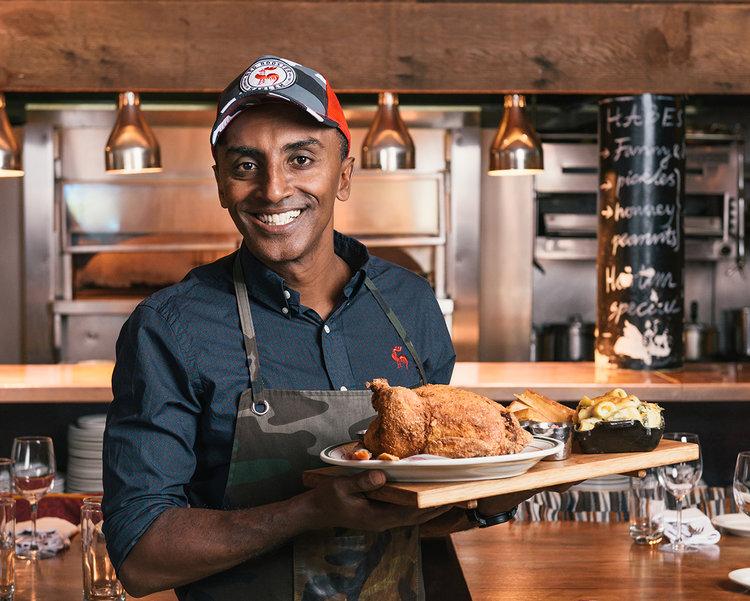 “He currently serves as Executive Chef-in-Residence of Buzzfeed Tasty’s talent program. A committed philanthropist, Samuelsson is co-chair of Careers through Culinary Arts Program (C-CAP) which focuses on underserved youth. Samuelsson also co-produces the annual week-long festival Harlem EatUp!, which celebrated the food, art, and culture of Harlem for the sixth year in a Telethon special on ABC. He is the recipient of the 2019 Vilcek Foundation Prize in Culinary Arts, awarded to immigrants who have made lasting contributions to American Society. He is the author of multiple books including The New York Times bestselling memoir Yes, Chef, The Red Rooster Cookbook: The Story of Food and Hustle in Harlem and his newest cookbook, The Rise. During the COVID-19 pandemic, Samuelsson converted his restaurants Red Rooster Harlem, Marcus B&P in Newark, and Red Rooster Overtown in Miami into community kitchens in partnership with World Central Kitchen, serving well over 280k meals to those in need. Follow him on Instagram, Facebook, and Twitter at MarcusCooks.”

We are so lucky to have a restaurant of his in Miami. Now  Red Rooster is a platform for  local artists, musicians and culinary talents.  Sunday is the Gospel Music brunch day and we plan to have ringside seats when the band starts playing. Get the details. 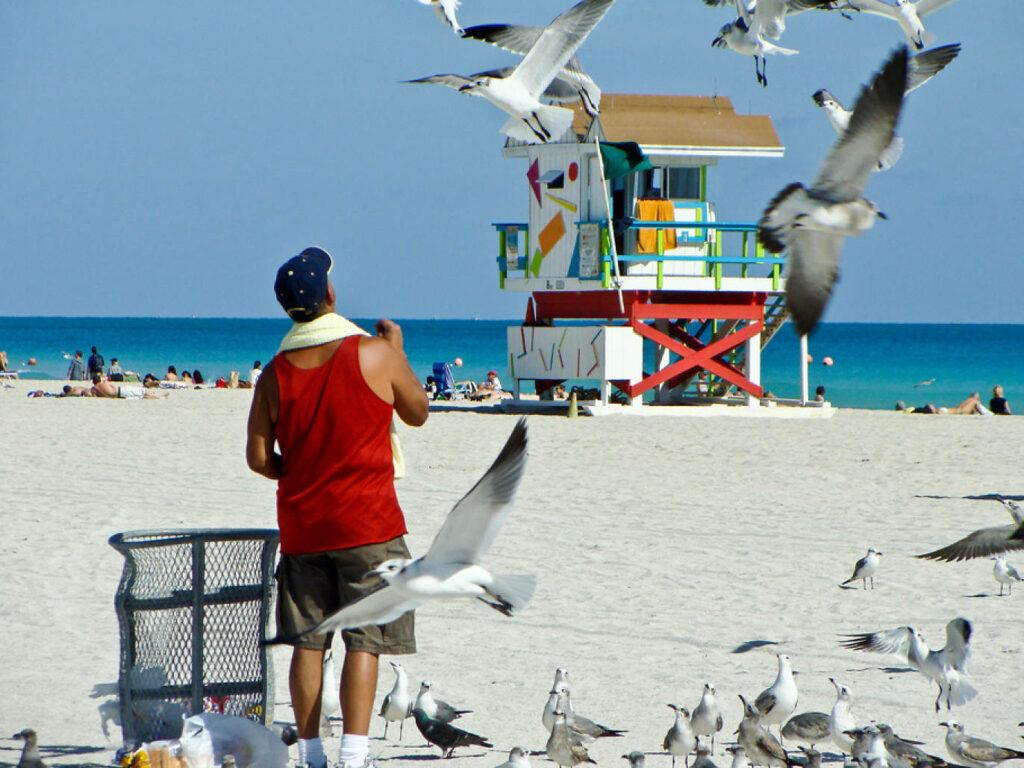 Thank you, Time Out Magazine, for publishing a feature on the most popular beaches in Miami. We have so many to chose from. Friends who travel the world always tell me that Miami has the best beaches they have ever seen. They are sandy, they are wide and the water is just the right temperature. This is true all year long. This is what paradise looks like.

Here are the top 10. Get all the details at Time Out Magazine.