Lisbon is now an extremely popular travel destination for many Americans. While that’s wonderful, Lisbon’s tourist attractions can be overrun during peak periods. Ask anyone who has stood in line to tour the palaces at Sintra, west of the city center. Sintra is a must-see if you are visiting Lisbon. But the crowds… 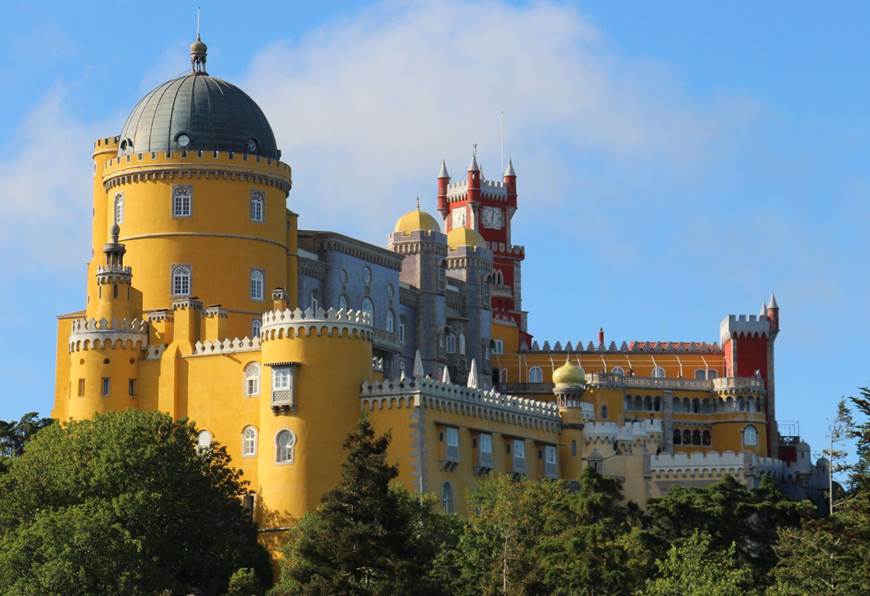 The Palácio da Pena is one of Sintra’s crown jewels.

While others queued up at Sintra, we waltzed through Lisbon’s version of Versailles – the amazingly ornate Palácio de Queluz located just outside the city. 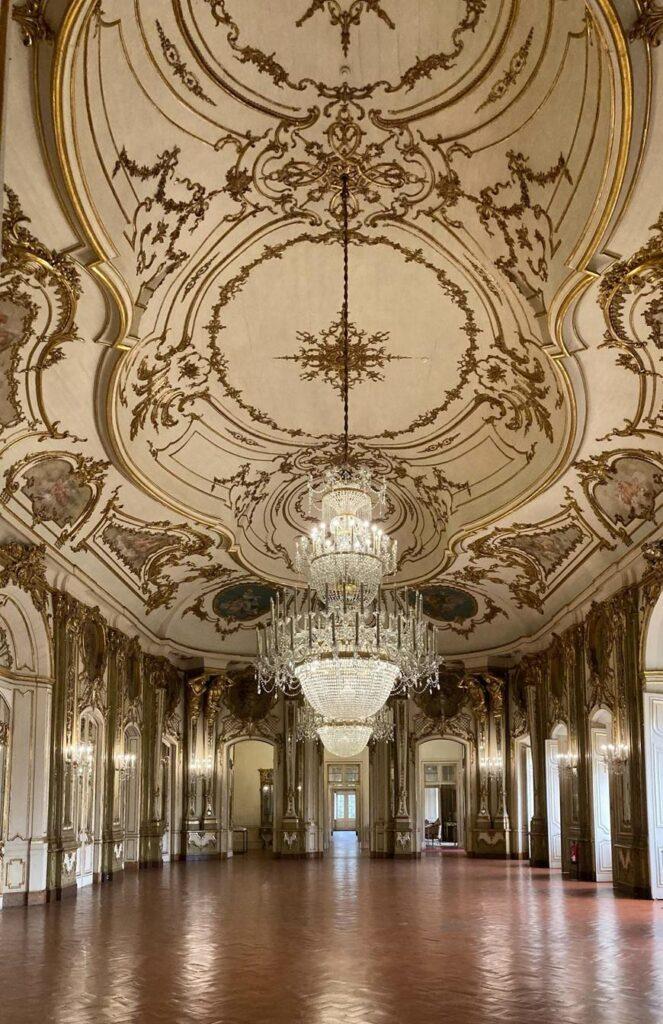 Like its French counterpart, the Palace of Queluz is in a suburb of a capital city. The story of Queluz is relatively obscure, especially for visiting Americans. Lisbon didn’t have a resident Louis XIV Sun King or let-them-eat-cake Marie Antonette.

But there are certainly stylistic echoes here. Queluz Palace is Versailles-ornate, although on a smaller scale, with mirrored ballrooms and opulent royal bedrooms overlooking impressive formal gardens. What Quelez doesn’t have is massive crowds of visitors, at least compared to Sintra. 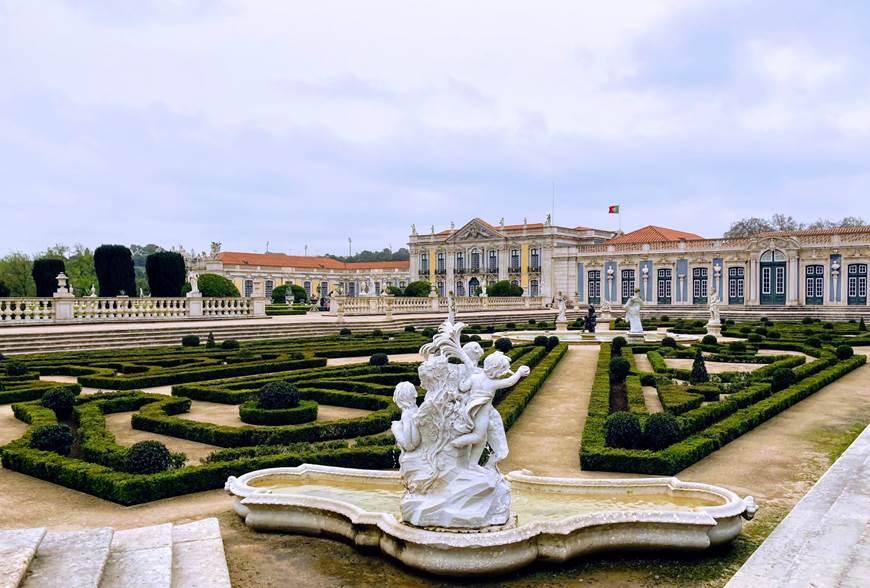 The formal gardens at Queluz Palace.

How did Portugal afford to build its own mini Versailles? Gold. Brazilian gold. Starting in the late 17th century the riches of the South American colony financed a building boom by the Portuguese upper class.

Queluz Palace served as a fanciful royal country retreat. It eventually became the opulent rest home for elderly (and allegedly insane) Queen Maria. The Palace housed members of the Portuguese royal family until, ironically, they were run out of the country by French invaders in 1807. After a few years in exile, the royals returned and Queluz Palace saw limited use until the curtain fell on the Portuguese monarchy in 1910. 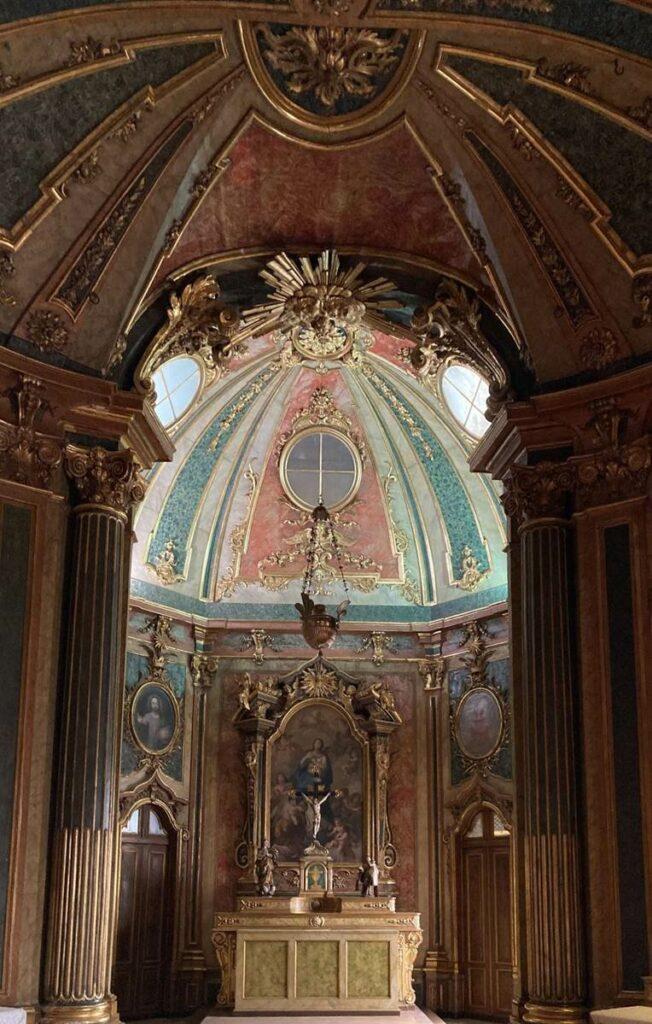 Inside the onion-domed palace chapel. 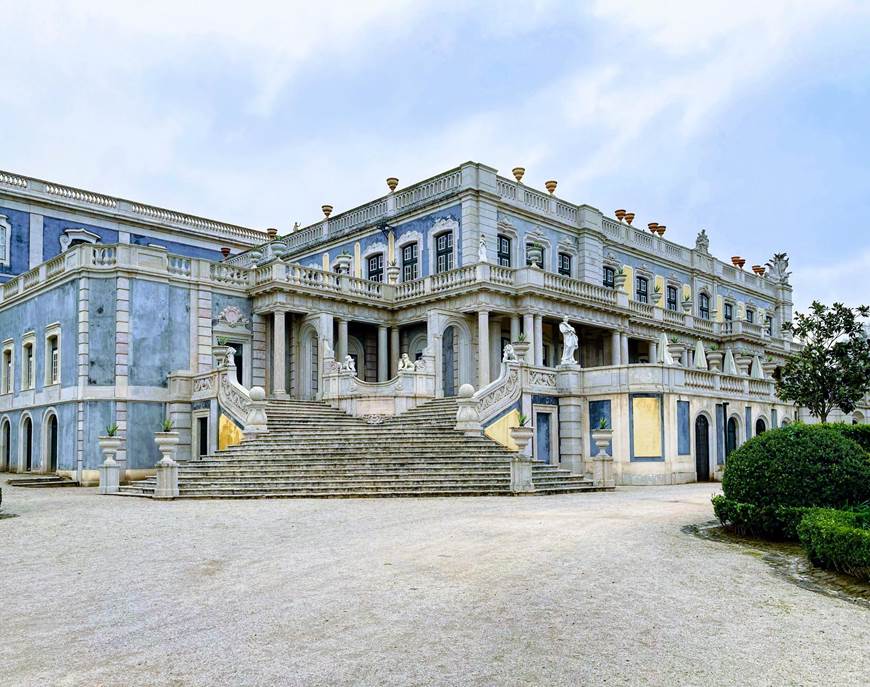 Are we promising a palace experience in Lisbon with no crowds? Not completely. But this spring, the lines to visit Sintra have been described by some as “hellish.” Queluz Palace is off the beaten tourist track and a visit here makes a wonderful day trip alternative. And minus huge crowds, there is time and space to immerse yourself in the world of this opulent palace.