Creator Julian Fellowes could have named his miniseries The Granthams, The Edwardians, Heir to the Abbey, or The Young Ladies of Downton. But he didn’t. Instead, he named it for the great house where most of the series’ action takes place. Even the logo for the miniseries and the opening shot of each episode are all about the great pile of a house fictionally known as Downton Abbey.

Ardent fans of the series know in the real world this historic estate home is named Highclere Castle and is located in Hampshire, not Yorkshire. Those who’ve done their research know that Highclere’s history, though quite fascinating, has little to do with the invented storyline of Downton Abbey.  But the Downton Abbey storyline, while fiction, is often repeated, in various iterations, in great houses across Britain.

This isn’t just a film set…it’s also our home. 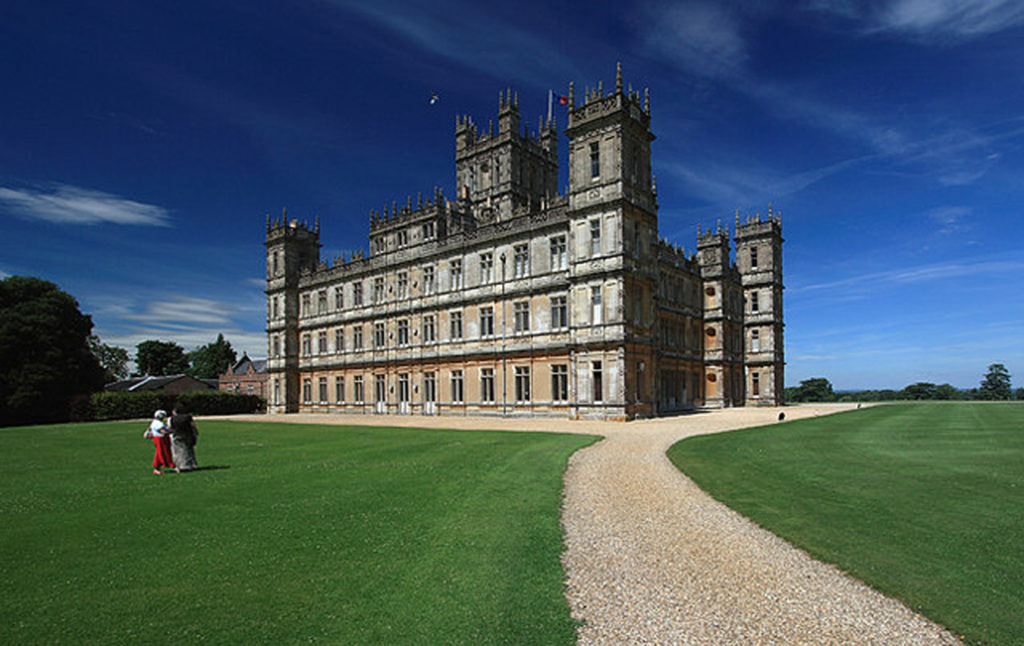 Thanks to the international popularity of a television series, Highclere Castle has become one of the world’s most recognizable great houses. The hugely successful drama Downton Abbey has made Highclere into a tourist magnet in south central England.

Downton Abbey may be why tourists come, but their experience here is the very real story of Highclere Castle and the Carnarvon family who own and nurture this iconic estate. Truth be told, there are some similarities between Downton’s fictional Crawley family and Highclere’s Carnarvons. That story is the subject of Lady Almina and the Real Downton Abbey, a book penned by the current Countess of Carnarvon.

Who built it…who owns it
A medieval palace owned by the powerful Bishops of Winchester once stood on the site of Highclere Castle, but since 1679, Highclere has been the domain of the Carnarvon family. Renovated in the 1700s and early 1800s, Highclere evolved into a classical square Georgian mansion, then was transformed into a Jacobethan castle by Sir Charles Barry, architect of London’s Houses of Parliament. The makeover from mansion to castle began in 1839 and lasted until 1878.

A more purposeful transformation happened here during the First World War when Highclere became a hospital for wounded soldiers until 1922. 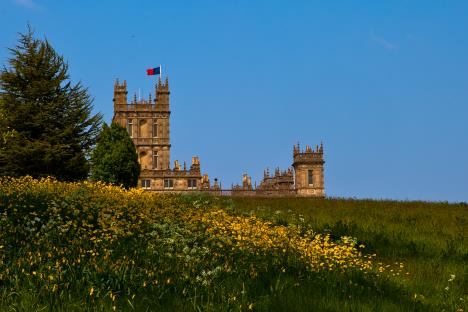 Don’t miss
Because of the television series, many visitors to Highclere are already familiar with the house. And good news for Downton Abbey fans — many of the rooms used in filming the series are open to visitors.

The Gothic Saloon, with its leather-covered walls, was designed by Thomas Allom in the 1860s. Portraits of King Charles I and Carnarvon ancestors dominate Highclere’s State Dining Room, and the library houses more than 5,000 volumes. Also on the main level and open for visitors: the Music Room, Drawing Room, and Smoking Room.

One of the most impressive spaces is the ornate great oak staircase designed by Thomas Allom. A handful of first floor bedrooms can also be toured, but there are more than 40 rooms above that are not in use (and not on the tour).

Visitors to Highclere’s downstairs won’t find the expected staff rooms; instead, the Carnarvons have installed an Egyptian Exhibition here. The family connection to Egypt? The 5th Earl of Carnarvon was part of the team that discovered the tomb of Tutankhamun in 1922.

Highclere’s close-to-the-house gardens are pleasant, but the 1,000-acre surrounding parkland is a landscaping masterpiece by Capability Brown. Designed for the 1st Earl of Carnarvon, and developed by the 2nd Earl, the views are a Highclere highlight.

Site specific
Highclere is in Hampshire, about 20 miles north of Winchester, England and almost 70 miles west of London.

Opening times are limited by filming and other events. Advance tickets are strongly recommended. In 2013, Highclere will be open:

Highclere is owned/operated by the Earl and Countess of Carnarvon. The website for more information and ticket booking is: