Is There a Bully in Your Family?

Bullies Come in Many Shapes and Sizes 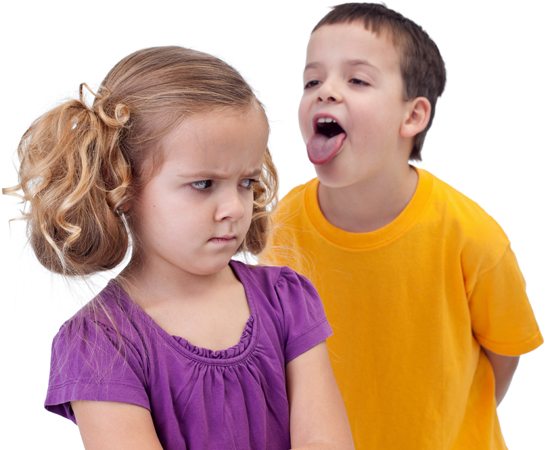 We know that bullying goes on all the time among students, thanks to the media, but what’s happening on the home front? A far bigger story is to be told.

For example, the child who refuses to get ready in the morning and constantly makes her siblings anxious and late for school is involved in bullying behavior. Likewise is the child who goes into her sister’s room and simply helps herself to whatever article of clothing she chooses, despite the fact that she’s been told repeatedly to stop.

Then there’s 11-year-old Dan, who hides his sister’s hair dryer and toothbrush to get a reaction out of her. And whenever he walks by his younger brother, he gives him a punch in the arm. And he forever is grabbing the remote and switching channels on his siblings.

Parents may be annoyed regarding these behaviors because of the ruckus they create in the family. Rarely however do parents think of these behaviors as bullying. But they are!

What I tell parents: if one child constantly reacts negatively to another child’s actions, instead of focusing your attention on the child who is reacting, take a look at what she’s reacting to. She may be prey to a bully as opposed to falling into the category of, “kids will be kids” or “he’s just kidding” or “he’s younger than you.” These statements rescue the bully and are excuses for bad behavior. Worse, such excuses contribute to encouraging one of your children to bully another.

Parents also fall prey to children who bully. A child who simply can’t accept the answer “No” and keeps pushing and nagging, twenty, thirty forty times until the parent caves is a bully.

If 14-year-old Jessica is reprimanded for anything, she punishes her parents by refusing to talk with them. She’s been known to carry on this behavior for several days. She also decides when she’s ready for bed. No amount of telling her to go to bed has an effect. You might say, “This kid does what she damn well pleases.” Once when told she couldn’t go out with friends, she jumped out of the second story window and joined them.

Anytime a child repeatedly intimidates, threatens, scares, frightens, browbeats, coerces, terrorizes, or tries to lord their power over another family member, be it a parent or a younger or older sibling, they are bullying. Or calling like it is, that child is a bully.

So how do you get a bullying child to stop?

The first step is to name it. Call it like it is. Most kids do not think of themselves or their behavior as bullying. Example, “You are being a bully. Stop.” (Don’t tell him he is acting like a bully. This sugar coats his behavior. He is a bully).

The second step is to isolate the bully from the rest of the family. For example, if at a restaurant and your 9-year old keeps kicking his sister under the table after you’ve told him to cease, tell him he is a bully and take him to the car. No offering dinner afterward. Bummer for a parent but it’s imperative that parents protect all of their children. You protect the child who is being kicked and you help the bully to stop this behavior.

If you have a child that constantly baggers you, never ever give in because if you do you reinforce this behavior. You as a parent have to show more grit than your child. I once had one of our boys stand in the corner. I think he was about 9 at the time. He told me he was going to stand all night. In my head I thought, Well, I’ll sit at the table all night knowing that he would get more tired standing than me sitting. In the end he caved and apologized. Translated: we were both winners.

Do keep in mind. Bullies are not born. Bullies are made because their behavior is not checked. Some kids are more difficult than others (heaven help those parents) but no child should be permitted to intimidate or be allowed to grow into a bully. 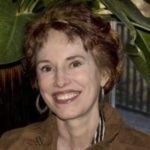 Doris Wild Helmering is a clinical social worker, nationally known author, television and radio personality, has appeared on Oprah three times, and has written eight self-help books, numerous booklets, and a weekly syndicated newspaper column for twenty-four years. Her most recent books are The Boy Whose Idea Could Feed the World and The Parent Teacher Discussion Guide .  She is in private practice where she does marriage and family therapy as well as counseling parents and kids. She has served as a consultant to a number of Fortune 500 companies as well as several school districts.