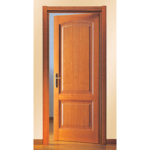 I have been in private practice for over 35 years.  In the early years less than 1% of my psychotherapy and sex therapy practice was comprised of men and women seeking help for sexual issues.  Today, that number is 50% and rising.

The number one reason that men contact me for sex therapy is because of erectile dysfunction.  The second most frequent complaint is premature ejaculation. Women’s number one complaint is lack of desire.  Even though we live in a highly sex-charged society in which information is readily available, the reality is that many of my patients, both male and female alike, despite their high intelligence and education, are lacking in knowledge about sex and still find it very difficult and embarrassing to tackle the issues head-on.

Before beginning sex therapy, it is important to rule out any and all factors that might be contributing to the sexual problems. Specifically, psychological, emotional and psychiatric issues including substance abuse of varying kinds, relationship problems, early child sexual abuse, depression, anxiety, performance anxiety, sexual side effects of prescription and over the counter medications, as well as physical problems (including low testosterone, estrogen, premature ejaculation, pain with intercourse, lack of desire blockages, etc.  All of these issues need to be diagnosed and and resolved BEFORE beginning sex therapy. The actual sex therapy program is relatively straight forward and the rate of success is very high, once these other issues have been successfully dealt with.

George is a 71 year old man who is the President of a large computer company.  He has been happily married to Annie, 65, for over 30 years  He was referred to me by his urologist, because of his difficulty in being able to get and maintain an erection.  After assessing George, I discovered that the problem had begun six months earlier when he learned that his wife was diagnosed with Parkinson’s disease.  Unexpressed, fear, shock, depression and anger was followed by an avoidance of sex altogether. When the couple finally tried to resume their sex life, they found that George was simply unable to get an erection.  He reluctantly made and appointment to see his urologist and was even more reluctant to see me.

I met with Annie individually for one session only.  She told me that although she and her husband always had a wonderful sex life prior to her diagnosis, he was now avoiding her.  She felt rejected and confused.

I subsequently met with George alone for 4 sessions. Finally, he was able to cry and express his feelings of anger, fear and pain about his wife’s condition and acknowledged that he had indeed withdrawn from her sexually.

I suggested that the couple come in together where they were able for the first time to openly discuss their fears and sadness about the Parkinson’s diagnosis. They agreed nonetheless, to try to find a way to resume their sex life.

THE KEY ELEMENTS FOR SUCCESS

Expect that your patients will not routinely raise the issue of sex.  We need to take the lead and ask questions about their sex lives as routinely as we do about their weight, sleep, blood pressure and eating habits.

Feel free to contact me directly if you have any questions about emotional, psychological, psychiatric or sexual issues.