For Your Reading Pleasure

Our Tomato reviewers have three picks today. The Paris Apartment is a hip whodunnit. The Perilous Step is a gripping autobiographical novel. And Bomb Shelter is a collection of essays that will make you laugh and cry. 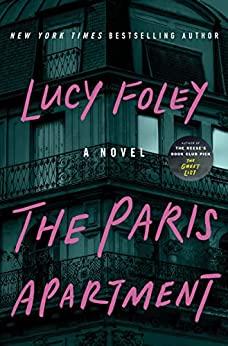 Lucy Foley’s novel, The Paris Apartment, takes place in an upscale concierge apartment building in Paris and has all the French flavors that we love, including how to swear in catchy French idioms. The plot essentially unfolds within the confines of the building, the residents of the various apartments portraying a cast of characters ranging from the lowly concierge living in a hut in the garden to a snooty matriarch living in the penthouse suite. In between the two extremes, we meet a girl on the verge, a nice guy, and a nasty alcoholic who beats up on his wife. And then there’s Ben, a new tenant.

Enter Jess, a relatively normal young woman, though down on her luck, who walks into this nest of vipers when she invites herself to stay with her brother Ben. He’s clearly not thrilled with her visit, and in fact, when she arrives, he’s nowhere to be found. Able to get into his suspiciously chic apartment, Jess begins inquiring about him, meeting the other residents in turn. The search goes on, becoming increasingly desperate, with all the neighbors showing up as possible suspects in Ben’s disappearance.  Jess is dogged and relentless in her efforts, peeling back layers of innuendo, determined to find out what happened to Ben. As the plot simmers with twists and turns, the suspense mounts to its final dramatic climax. If you like stylish mysteries, this will not disappoint. Get the book. 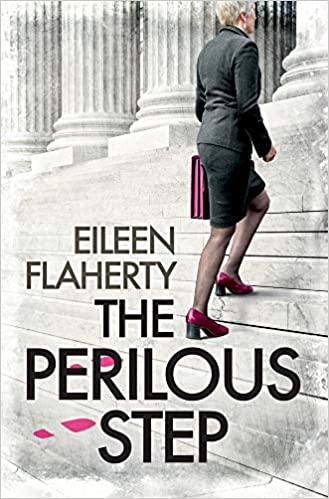 Eileen Flaherty’s mostly autobiographical novel — The Perilous Step — is a gripping story of one woman’s rise from humble beginnings to prominence and success as a Wall Street lawyer to being admitted to the Supreme Court Bar. Quite remarkable for someone no one expected anything of.  Chronicling her long climb to reach her goal, she talks about her early struggles in school and then her success in college and law school.  She shares her struggles and successes as a female lawyer dealing in a man’s financial world.  The book is filled with many wonderful lessons, most especially about believing in yourself. Get the book.

Bomb Shelter, Mary Laura Philpott’s new book is a collection of essays.  The book begins with two different scenes. The first one, she describes an incident from her childhood.  While on a family vacation to the Gulf of Mexico at the age of nine, she was waist-deep in water creating a dance routine.  Unaware she was wading through a school of stingrays, their tails whipping around her ankles. She was very lucky not to have been harmed.

The next scene is Philpott in her mid 40’s at her home in Nashville, Tennessee with her husband and two children.  She is awakened in the early morning hours to a very loud pounding that sounds like someone is trying to ram through the front door.  She quickly learns it is her teenage son, in the throes of a violent seizure.  He is rushed to the hospital immediately.  The diagnosis is juvenile myoclonic epilepsy. Philpott has to deal with her other family members ailments:  her daughters asthma, her husband’s autoimmune condition and her father’s cardiac disease.  One of her dogs has an eating disorder and the other one a chronic pancreatitis.  She suffers from migraines.  At the age of forty-five she learns her cholesterol his high.

These beautifully written essays will have you crying one minute and laughing out loud the next minute.  For anyone who has ever had a sick child in a life-threatening situation you feel her fear, pain and worry.  It is raw emotion.  Mary Laura Philpott was a new author for me.  I loved this book from page one until the end. Get the book.