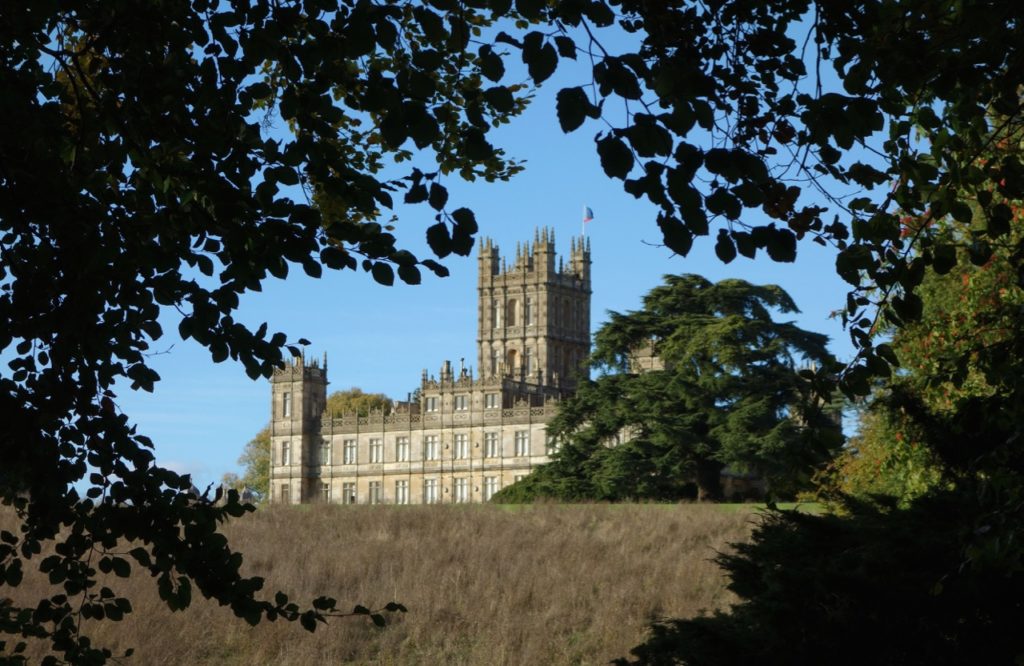 If recent chatter about a Downton Abbey movie has inspired dreams of visiting “the real Downton Abbey,” it’s time to make your plans.

Downton Abbey has faded from our television screens, but more than a year later, Downton fandom is as strong as ever. Will there be a movie? A prequel? New timeline? Same characters? Same cast?

Time will tell. Meanwhile, interest in Highclere Castle, the real Downton Abbey, continues to attract thousands of enthusiastic visitors, with or without the Granthams in residence. Less than a decade ago, Highclere was just another great pile of a house overshadowed by more famous destinations in the English countryside. But Highclere has vaulted to the A-List of British great houses, matching popularity with Castle Howard and Blenheim Palace. 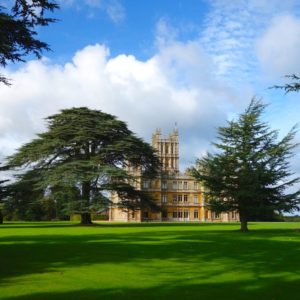 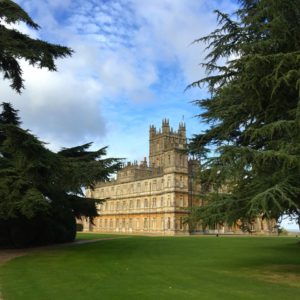 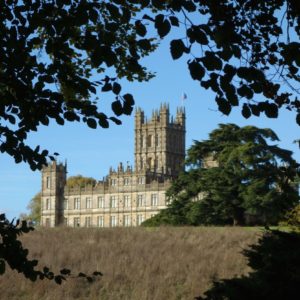 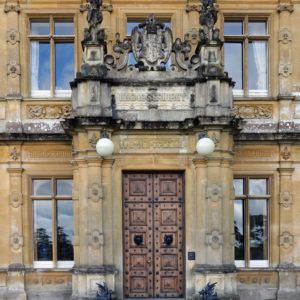 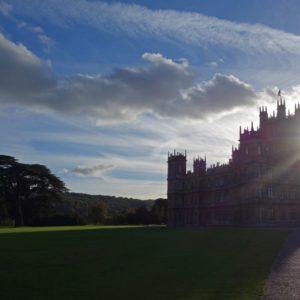 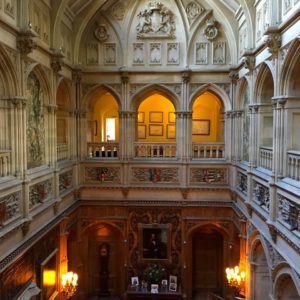 So, what is the best way to visit Highclere Castle? First, it’s important to know where you’re going. Yes, Downton Abbey was set in remote rural Yorkshire in north-central England, but that was just creative license by Downton creator Julian Fellowes. The actual location of the “real” Downton Abbey makes it an easy day trip from London. Highclere Castle is located about 70 miles southwest of London in the county of Hampshire.

If visiting Highclere Castle is the centerpiece of your travel plans, check the Highclere website before booking flights or reserving a cozy British B&B. Here you will find Highclere Castle’s list of limited opening days and times. Unlike many other famous British great houses, Highclere is open to visitors for relatively short periods each year, and requires you to purchase tickets in advance. (“Walk-up” tickets are rarely available.)

In 2017, Highclere’s impressive front doors swing open to the public for a couple of weeks in the spring, and from early July to early September. Contrast that to Castle Howard, famed locale for Upstairs Downstairs, which is open almost every day from early April through October. Even during the peak summer months, Highclere is only open Sundays through Thursdays. To quote Downton’s Dowager Countess, “What is a week end?”

Another way to visit the castle is to attend one of Highclere’s special events scattered throughout the calendar year. Past events have included Valentine’s Day teas, Christmas fairs, garden parties, country shows, and outdoor concerts. If you’re lucky enough to attend a limited ticket special event, you will escape the tourist throngs that are herded through the house in spring and summer.

Prefer group travel? There are tour operators offering Downton Abbey themed tours, usually originating in London. Check carefully. Some offer small group tours of Highclere; others blitz through the castle and round-out the day with other sights.

Still, matching your British travel plans to Highclere’s limited opening times and ticket availability can be a challenge. Advance planning is strongly recommended.

Assuming you’re not on a bus tour, what’s the best way to reach Highclere? There is frequent rail service from central London’s Paddington Station to Newbury, the nearest town to Highclere Castle. Direct trains take about an hour. From there, it’s a ten-minute taxi ride to the gates of the castle. For those comfortable driving on the “wrong” side of the road, Highclere is about 90 minutes from London…when traffic cooperates. Driving in central London, and along the busy M4 highway, is only for the adventurous visitor. Rush hours can be hell, no matter which side of the road you’re driving on.

If your travel dates are flexible, choose a visit to Highclere in the off-season, or sign-up for a special event. Final tip: Highclere Castle at sunset is magical.

Next time: A walk in Highclere’s gardens with Lady Carnarvon