We love visiting cities. But sometimes it is a relief to leave the urban cacophony behind and take a field trip or two. 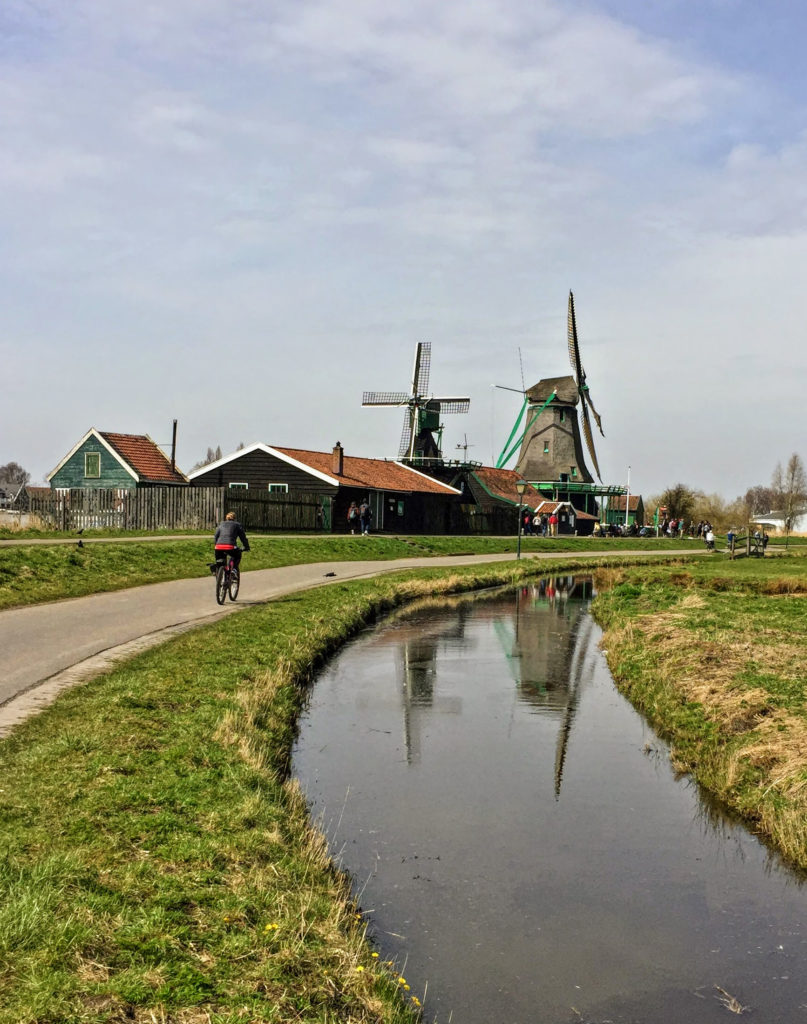 Amsterdam is no exception. A wonderful city filled with unforgettable art, architecture, and other enticements. But there’s another world in the flat, tabletop landscape outside the city.

The smell of Dutch chocolate permeates almost everything around the Zaandijk Zaanse Schans rail station. We’ve just arrived after an eighteen-minute train ride from Amsterdam’s Centraal station. And why does it smell like a chocoholic’s dream? The massive Olam cocoa processing plant discretely sits here along the Zaan River and the odor is unmistakable.

But our destination is not the chocolate factory. We’re walking towards Zaanse Schans—the closest cluster of traditional Dutch windmills to downtown Amsterdam. It’s a sweet-smelling, ten-minute stroll past the factory to the Juliana Bridge. Like most visiting pedestrians, we stop on the span, starring at the quaint sight of eight riverside windmills. Is this real life or have we stepped into an Old Dutch Masters painting? 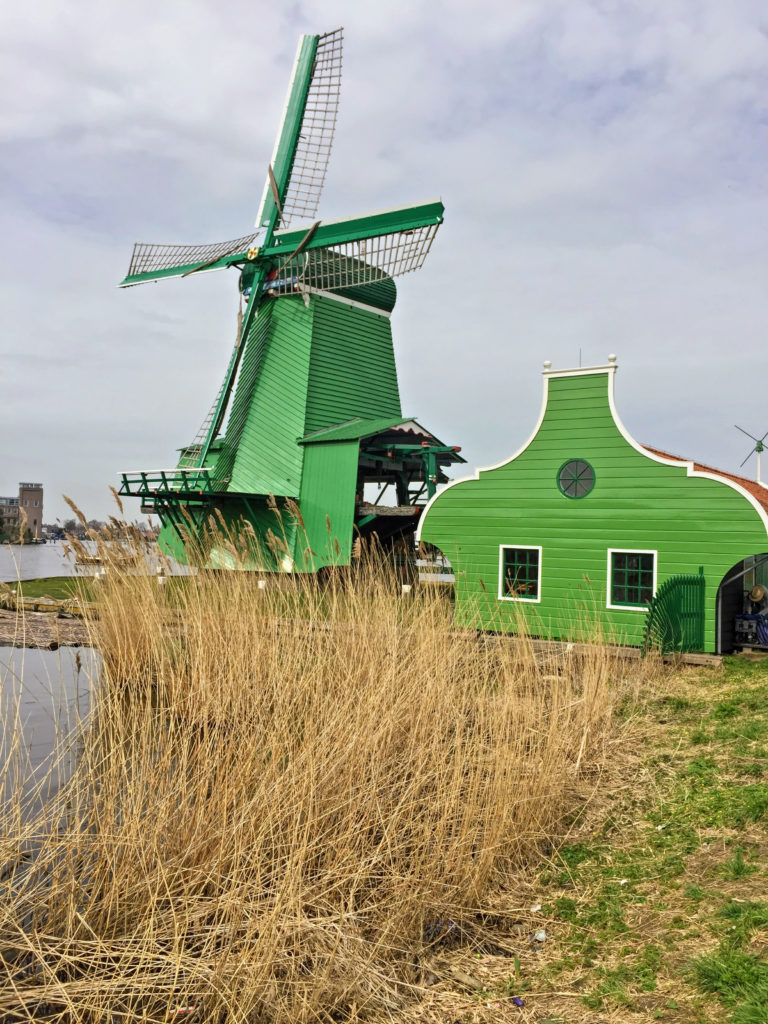 Our first reaction—Zaanse Schans is like Colonial Williamsburg, but with windmills. Yes, the historic Virginia capital city has a windmill. But the two locations have much more in common. Zaanse Schans is a collection of ancient houses, shops, and other structures. Many were moved to the site, restored, and are now open as a living history museum. The old windmills aren’t just for show—there’s a working sawmill, an oil-pressing mill, a spice mill, and more. And to keep the tourists happy and the cash registers full, Zaanse Schans incorporates gift shops, a museum, and restaurants into its historic landscape. 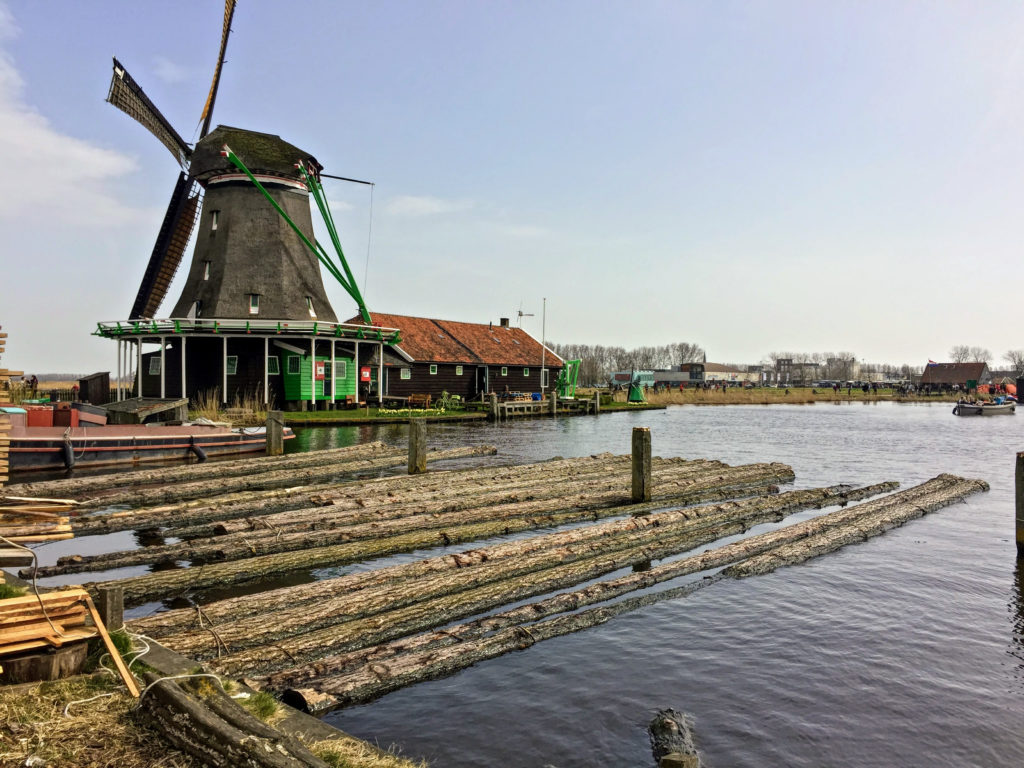 This is one of the most visited attractions in the Netherlands and the crowds can be exasperating. Our tactic? Power walking along the riverside, we skirt the gift shops and bypass the first few windmills. We hurry to the far end of the site where the bus tour crowds dwindle and a handful of locals picnic along the riverbank. Looking back from that vantage point, we imagine we are in 1800s Holland: windmills churning, ducks and waterfowl flying over the dykes, canals, and below-sea-level farm fields.

We make good use of our Amsterdam and Region Travel Ticket on another daytrip from the city. Again, less than twenty minutes on the rails whisk us from bustling central Amsterdam to the medieval town of Haarlem. “Medieval” is a bit of hyperbole. Haarlem is a busy modern bedroom community and many of its residents commute to Amsterdam every day. But the compact core of Haarlem retains a bevy of ancient buildings that make it a natural daytrip for anyone visiting Amsterdam.

Our day in Haarlem includes a visit to the imposing Grote Kerk, also known as Sint Bavokerk. On a European visit, it’s easy to get cathedral overload—all these massive religious monuments can begin to look the same. But it is hard to ignore the 1738 pipe organ installed in Sint Bavokerk. Once the largest organ in the world, this monster has been played by the greats: Felix Mendelssohn, George Frederick Händel, and even a young Wolfgang Mozart. 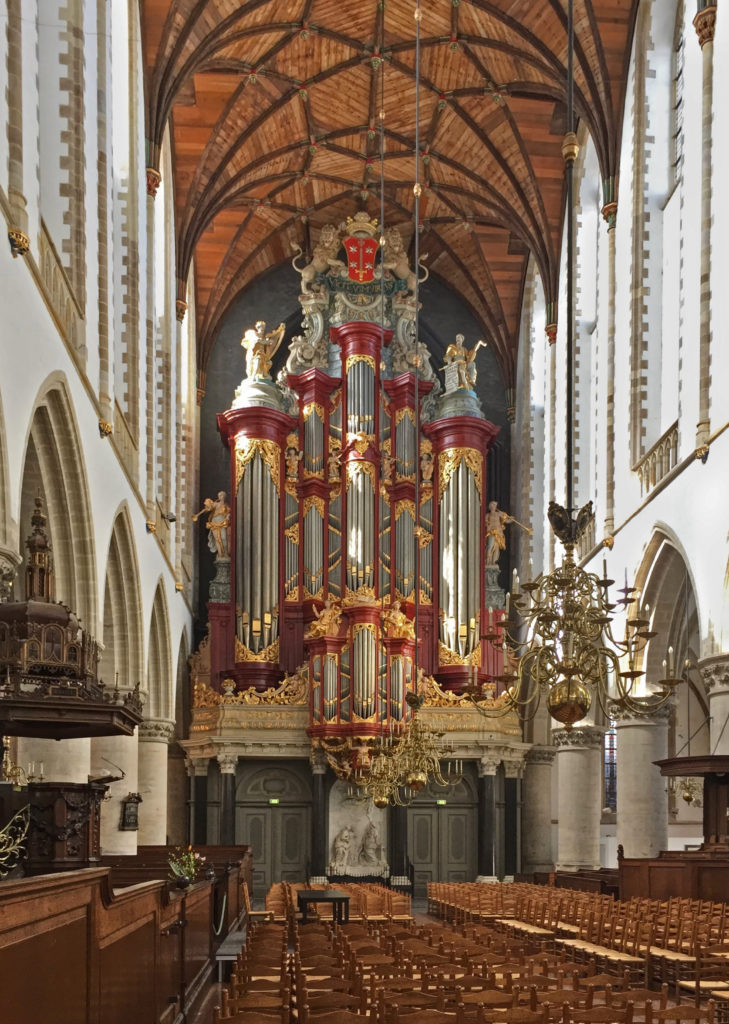 Impressive pipes, impressive church. Our favorite Sint Bavokerk moment? Wandering through the church we notice an unusual carving of a man surrounded by dogs. It marks the hondenslager kapel. That literally means “dog butcher chapel,” but don’t call the SPCA just yet. Word meanings often get lost in translation. In medieval times, dogs and children were allowed to roam freely around cathedrals during worship services. It was the job of the hondenslager to control rowdy dogs. Sint Bavokerk’s tour guides refer to these officials as “dog whisperers.” The guides don’t mention who controlled disruptive children. 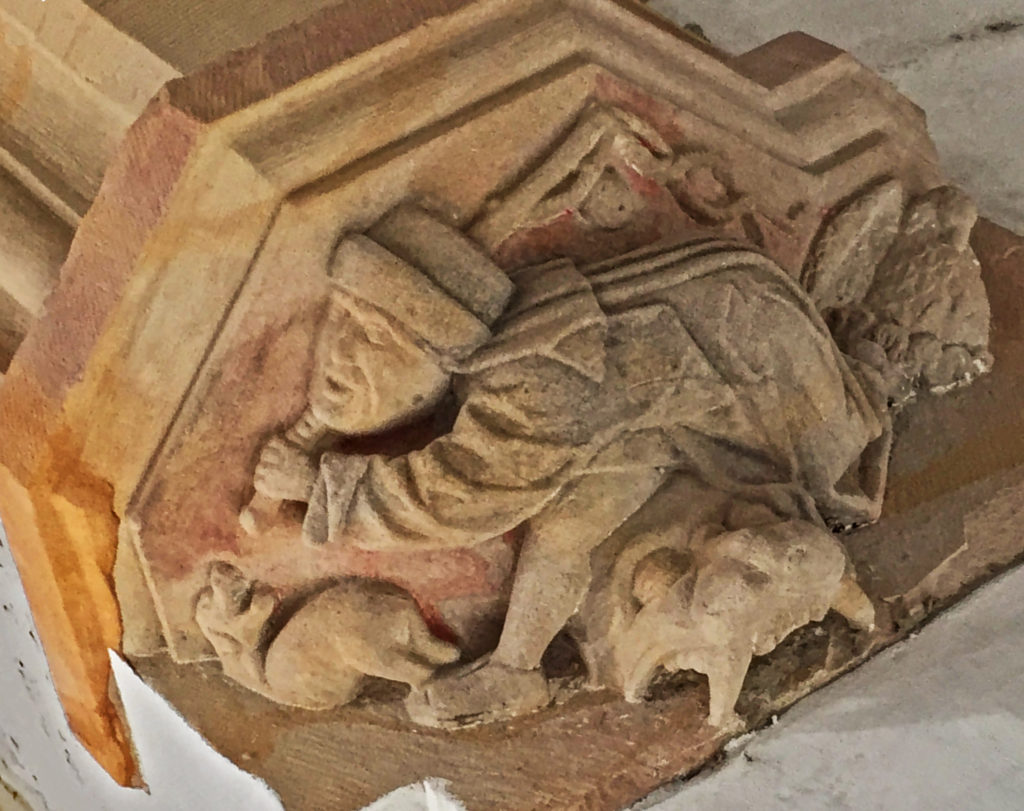 Sint Bavokerk sits in the middle of a vast market square that has been in use since the Middle Ages. On Saturdays and Mondays you can experience the modern-day incarnation of a medieval market. But Haarlem is a shopping haven almost any day of the week. The city claims to be “the best shopping city in the Netherlands.” True or not, Haarlem has a plethora of upscale shops.

Our Haarlem day ends at a tiny café overlooking the quaint Gravestenenbrug drawbridge. We relax with a glass of cava and a bowl of local white asparagus soup, watching a parade of boats on the River Spaarne. It is almost unclear what century we are in…or whether we have fallen back into an old Dutch painting. Haarlem is timeless. 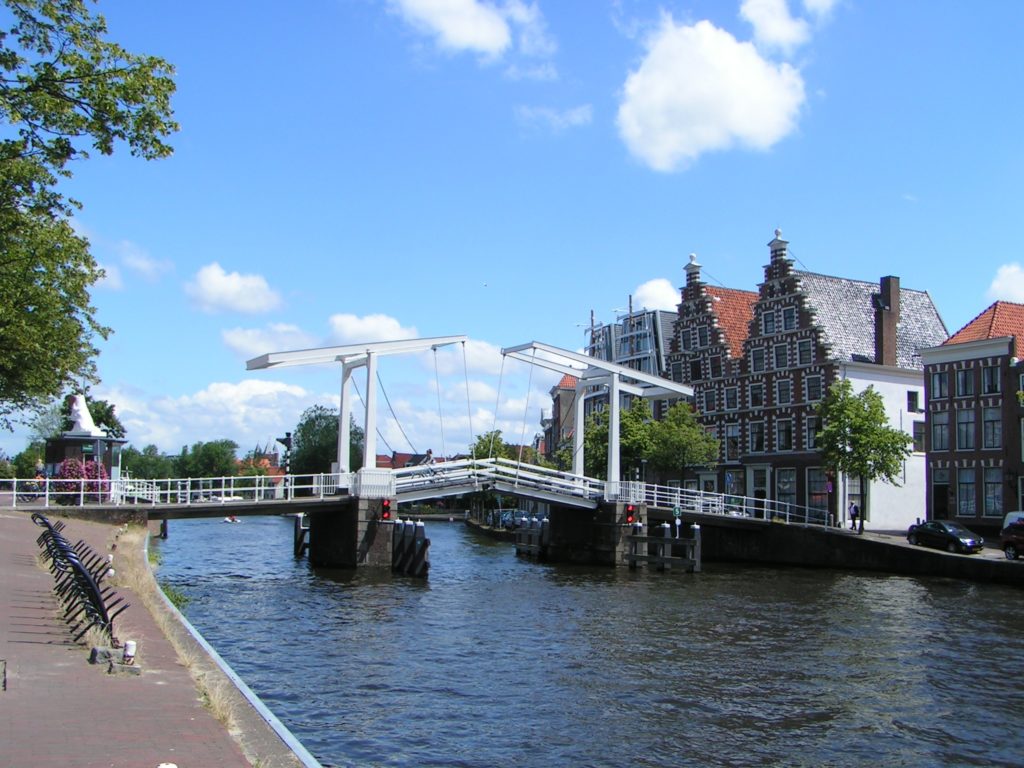