Cooper S. Beckett on Life as a Swinger

Cooper S. Beckett has vowed to save the world from mundane sexuality, even if he has to do it one person at a time. 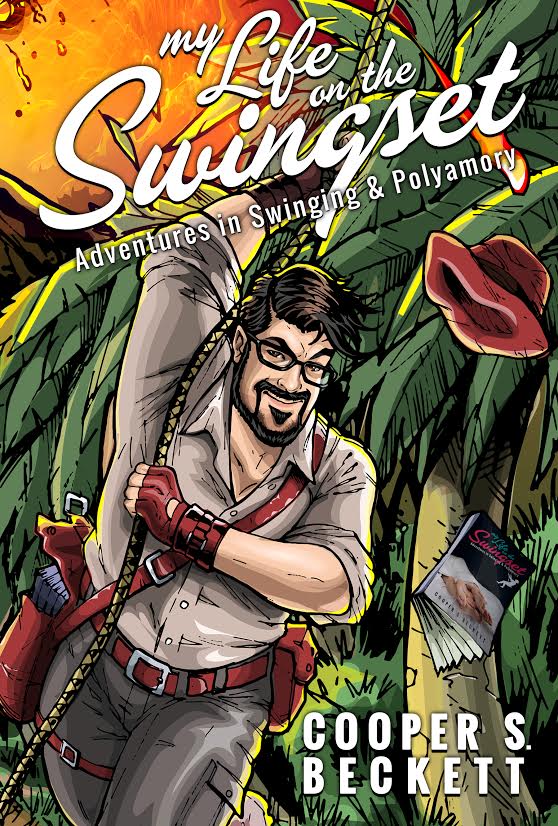 It sounds so seventies, but… Cooper is a swinger.  He is also author of My Life on the Swingset, a collection of essays about his first five years on the scene; and most recently he penned A Life Less Monogamous, a novel about swinging that publishes on February 9.

For the past six years, he’s been running the Life On The Swingset website, where he reports on swinging, polyamory, and open relationships from the trenches. You can also listen to his podcast there.

Most of his work reflects his desire to publically explore what it means to be open sexually in a world that’s often closed.  But that’s not all he does publically. You can read more about that in his books. 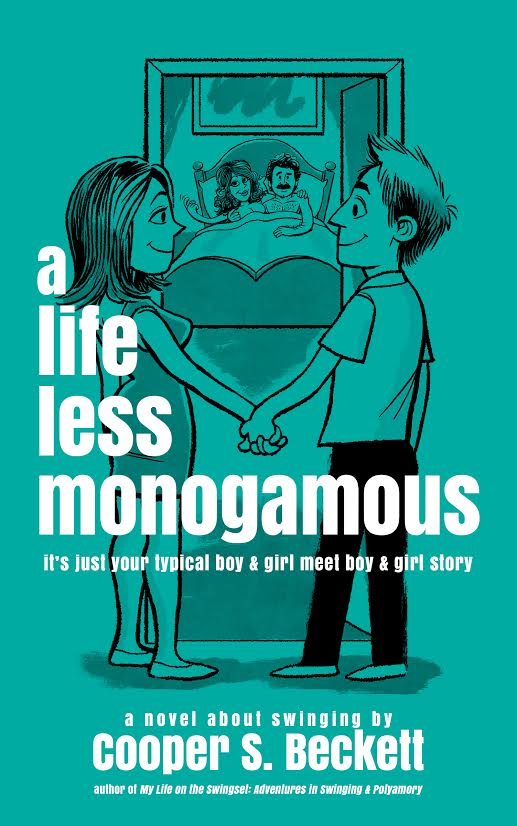 In his new novel, A Life Less Monogamous, Ryan and Jennifer are a married couple wondering, “Is that all there is?” A chance meeting with Bruce and Paige leads them into a world of hedonistic pleasures and delights they’d never even dreamed of.  Their new world includes threesomes, sex parties, and a deep connection with friends and with each other.  Oh my.

Cooper, no longer part of a couple, now goes it solo on the scene.  “I was married, and non-monogamy isn’t the reason my marriage ended,” he says. “It is great to be partnered in non-monogamous communities, but it’s unnecessary.”

So how does it all work? I wanted to know too!  Here’s my recent chat with Cooper.

You are active in writing, teaching, and pod-casting about “ethical non monogamy.” What exactly does that mean?

Gotcha. All parties have to be on the same page for it to be considered ethical.  So what’s the difference between a swinging lifestyle and a polyamorous relationship?

Many people think of swinging as “wife swapping” but in today’s world it is so much more diverse. Is swinging just for couples and, if not, what is the role of the single partner?

It’s why it’s so hard to define these things. Can single people be swingers? Are single people who have sex with many swingers? I think we’re seeing younger people emerge into adulthood and refuse to choose a traditional path, so non-monogamy or ‘open’ is growing as a definition. But absolutely there can be single swingers, even if the term more traditionally applies to couples.

Why do people Swing? Is it just wanderlust? Have there been any studies on what attracts folks to the lifestyle?

I think swinging is about connection and touch. We live our lives afraid to touch and be touched by other people, staking our claim in a single person that we will touch for the rest of our lives. Swinging is about throwing that shackle off, acknowledging how important being touched both intimately and non-intimately actually is. And ‘just wanderlust’ may be a misnomer, with the amount of non-monogamy happening both ethical and unethical. Wanderlust may well be part of our foundation DNA.

One might assume men are drawn to more naturally to swinging than women, for all the biological reasons we all know. Would you say, anecdotally, that this is true?

I think it’s simply that men have been understood and given permission to be open about their desires, because that’s what society shows us. Women are taught to repress those desires and if they have them to never admit them. In swinging, I can only speak anecdotally: it’s often the women that have encouraged the relationship opening. So I would say we all have the same desires and urges, but only some of us feel able to talk about them.

I think you’ll find pretty much any type of person in the swinger community. I don’t think as a group they’re any more kinky, open minded, than the rest of the world. I do think they’re better at acknowledging what they want versus what they’re supposed to want. But you’re just as likely to find close-minded people in swinging than in the general world. You are more likely to find people open to sex with others, of course!

In your opinion, how can ethical non monogamy actually inspire couples and help relationships survive?

Since the number one cause of divorce is infidelity that really speaks to a fundamental problem in relationships in our society. Ethical non-monogamy doesn’t always, but certainly can, open up a relationship to the true desires within it. It’s a crapshoot, when you feel this way, will your partner also? But by giving your partner the opportunity to decide for themselves, that’s truly a move toward the greater good. And non-monogamy simply is so complex that it forces the development of some pretty major communication skills and methods, which improve everything!

How are the emotional and psychological aspects managed in ethical non monogamy–should people on the swingset together go to family therapy? Or must they at least have clear and open communication?

Communication is everything. It’s true both in and out of non-monogamy, but you’re less able to hide poor communications skills while practicing ethical non-monogamy. As I discussed in my book, non-mono rips your chest open and exposes your true inner workings. This is good because it makes you get better at communication, but it can be a rough journey at times. Some people do really well without therapy, but many need it. The key there is to find a therapist what won’t blame the non-mono.

You write that you spent much of your life afraid of sex, sexuality, bisexuality, and your true interests. What were some of the feelings and worries you had when you recognized your attraction to swinging.

That I was broken, sinful. The shame that we hold about ourselves can be truly monstrous.

Does jealousy actually empower people who swing… or can it be an unruly green-eye monster?

I think jealousy is like the check engine light on your car. It really just means that you need to evaluate the situation and your feelings. Coupled with good communication, jealousy can tell you a lot about yourself. In the moment, though, jealousy can still be a monster indeed.

How do swingers find each other these days?

The internet has made this so much easier than it was for swingers even twenty years ago! 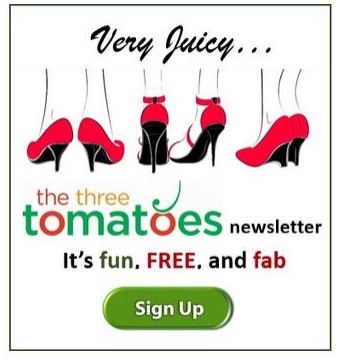