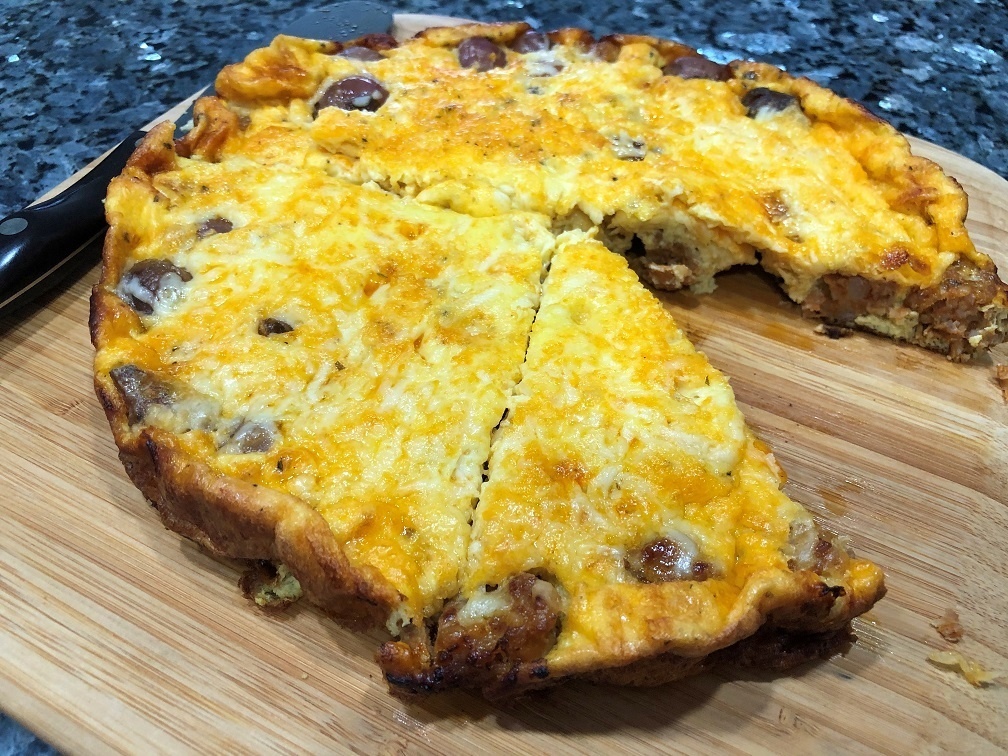 Here’s what he says about today’s recipe:

“Wild onions, better known as lampascioni back in Orsara, add a lot of flavor to the frittata. I used to pick these up fresh from the farm to add to many dishes back in Italy. If you do not like spicy sausage, use sweet sausage instead.”

Get the printed recipe here.

He was born in the town of Orsara di Puglia in the Apulia region of Italy in 1939. With a population of just over 2,700, the town gives its name to Sciarappa’s channel. He began his culinary career in Torino in 1957 before eventually moving to the United States. He now resides in Long Branch, NJ. After retiring, Sciarappa wanted to share his love of cooking with the world, which led him to start OrsaraRecipes. He has become a Facebook and YouTube sensation.