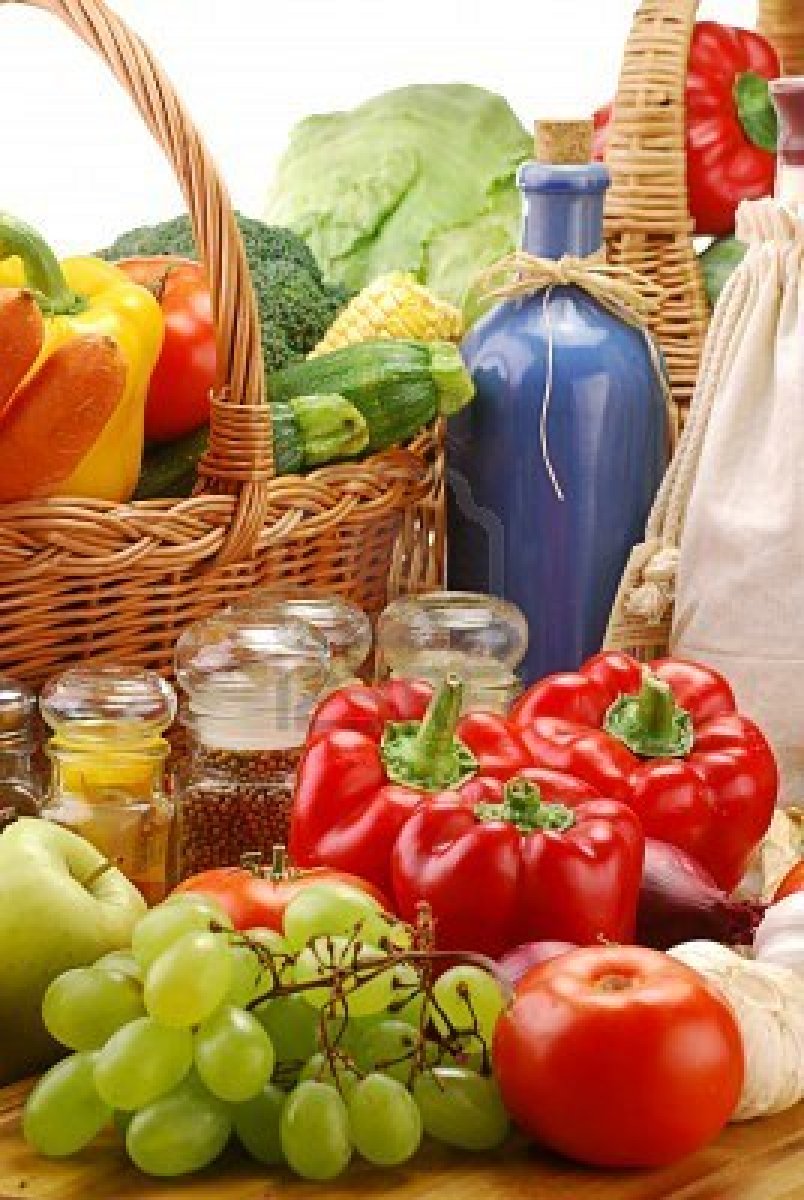 Conventional wisdom may be guiding your produce choices—telling you to buy the big, round tomatoes at the supermarket and toss your spuds once they’ve sprouted at home. But just how wise is that advice you’ve been following? To separate fruit-and-veggie fact from fiction, we turned to top produce pros. From selection to storage to sanitation tips, here are their expert insights about popular picks.

Big, round tomatoes are best.

While soft, mushy spots are never good, don’t be deterred if a tomato is small or oddly shaped—or even a color other than red. If it’s decked in green stripes, orange, yellow or inky purple, chances are it’s an heirloom tomato, a special variety that’s higher in sugar and acid. “They typically have a good, strong flavor,” says Jessica Kerstein of Lipman Produce. While they’re bred for their taste, Roma tomatoes—the most common supermarket variety—are bred for shelf-life. Oddly shaped Roma tomatoes are a different story. They weren’t pollinated completely, explains Gerry Odell, chief farming officer for Lipman. Wind and extreme temperatures can also cause a tomato to be flat or ridged in parts. “Although they’re fine to eat, they tend to be less flavorful,” he says.

Baby carrots are a different kind of carrot than the large ones.

Some people swear that baby carrots taste better than their bigger counterparts. But the bite-size ones are nothing more than long, skinny regular carrots cut down. According to Doug Ranno, founder and managing member of Colorful Harvest, the carrots are chunked, placed into a tumbler with gritty paper and softly shaved into nodules. That discrepancy in taste may be because baby carrots’ protective outer skin is removed before shipping out. Another key difference (besides being portable and easy to eat): Baby carrots dry out more easily, turning them chalky white.

While it may look unattractive, the brownish hue “doesn’t change the flavor. It just doesn’t look as nice,” says Ray Gilmer, vice president of communications for United Fresh Produce Association. The change is due to a chemical reaction that occurs when the apple’s cells are broken down (by being sliced) and introduced to oxygen. If you want to keep slices looking as appealing as possible for guests or picky kids, try squeezing on some lemon juice; its citric acid will keep browning at bay. If you’re not a lemon lover, hope could be on the horizon: Gilmer says varieties of browning-resistant apples are currently in development, though a USDA approval could take several years.

No matter the color, all cauliflower tastes the same and is equally nutritious.

White cauliflower is oh-so-good for you, but there are benefits to branching out. Orange cauliflower has 25 times more beta-carotene than white; purple has anthocynanis (also found in blueberries), which have been linked to a reduced risk of cancer and diabetes. And green cauliflower, aka broccoflower, has slightly more vitamin A and vitamin C than its white brethren—not to mention a milder taste and faster cook time. You’ll have to look harder for the colored varieties, but the nutritional pluses and incredible flavors make them worth the search, says Ranno.

Sprouted potatoes should be tossed.

Storing potatoes in a cool, dry area will help prevent sprouting, but if you have a spud that’s just starting to grow, it’s still perfectly edible. “If the sprouts are small white buds, peel them out and you won’t notice any taste loss,” says Lea Jepson, produce category director for Walmart. However, she warns that long sprouts and a shriveled appearance are signs that sprouting has gone too far. “As sprouts grow, they consume potato’s moisture and nutrients. This will affect texture, taste and nutritional value.” If they’ve reached this point, try seeding them in your own garden or composting (or just throw them out).

You may have heard to think thin (when it comes to asparagus, anyway) because skinny stalks cook faster and are tenderer than thicker ones. But one factor trumps size every time: greenery. Ranno recommends looking for richly and consistently green asparagus because it will have the best flavor. Keep asparagus fresh in a reusable container or Ziploc bag and use it within three days of purchasing.

All produce should be stored in the fridge.

While most produce benefits from a cool, climate-controlled environment, tomatoes, potatoes and onions fare better on your countertop. According to the United Fresh Produce Association, onions can last up to three weeks at 60 to 70 degrees with steady airflow (i.e., out of their plastic supermarket bag). Potatoes do best in a cool, dry place between 45 to 55 degrees—a fridge will cause discoloration and an overly sweet taste. Refrigeration will actually dull tomatoes’ flavor. “Exposing a tomato to sub-optimal temperatures may not allow sugars and acids to fully develop,” says Odell. Storing them at room temperature is ideal.

Strawberries should be washed and then stored.

Maybe you’ve been encouraged to have healthy sliced fruits at the ready in the fridge. Or maybe you’ve heard that berries are cleaner if you wash them first. Regardless, Ranno says you’ll probably only get one day out of strawberries that are rinsed and then stored. “Strawberries have pores on their skin, so moisture will create bruising or mold. They keep better dry,” he says. Unwashed strawberries will typically stay fresh for three to seven days after purchase.

Iceberg lettuce has no nutritional value.

These days, iceberg gets short shrift in most healthy-eating circles. While it’s not the nutritional powerhouse that spinach or arugula is, it’s chockfull of vitamins A, C, K and B6. “Iceberg stands up well to the other leafy greens in terms of nutrient density per calorie. And it’s high in water content and low in calories so you can fill up without filling out,” says Jepson. “Iceberg is also a great way to introduce kids to vegetables,” since it’s milder and lighter than the other lettuces, she adds.

Bacteria can certainly survive a trip to your freezer. “All you’ve done is preserve the bacteria,” says Ranno. To avoid introducing germs into your kitchen, Ranno recommends storing produce properly (in containers or bags) in your refrigerator, washing your hands before you prep food and washing your produce before eating or cutting it. It’s also smart to clean your crisper and recyclable grocery bags regularly—both can be havens for bacteria. If you want to freeze fruits and veggies, wash, dry and dice them before storing. For more freezing tips, check out WD’s Guide to Freezing Food.