Any man who drinks Dom Perignon ’52 can’t be all bad.

— Roger Moore as James Bond in The Spy Who Loved Me

We are story hunters. As travel writers we are always searching for exceptional locations that come with fascinating tales to tell. On a recent trip to Portugal, we stumbled upon a place so unique, it was as though we had traveled back in time. 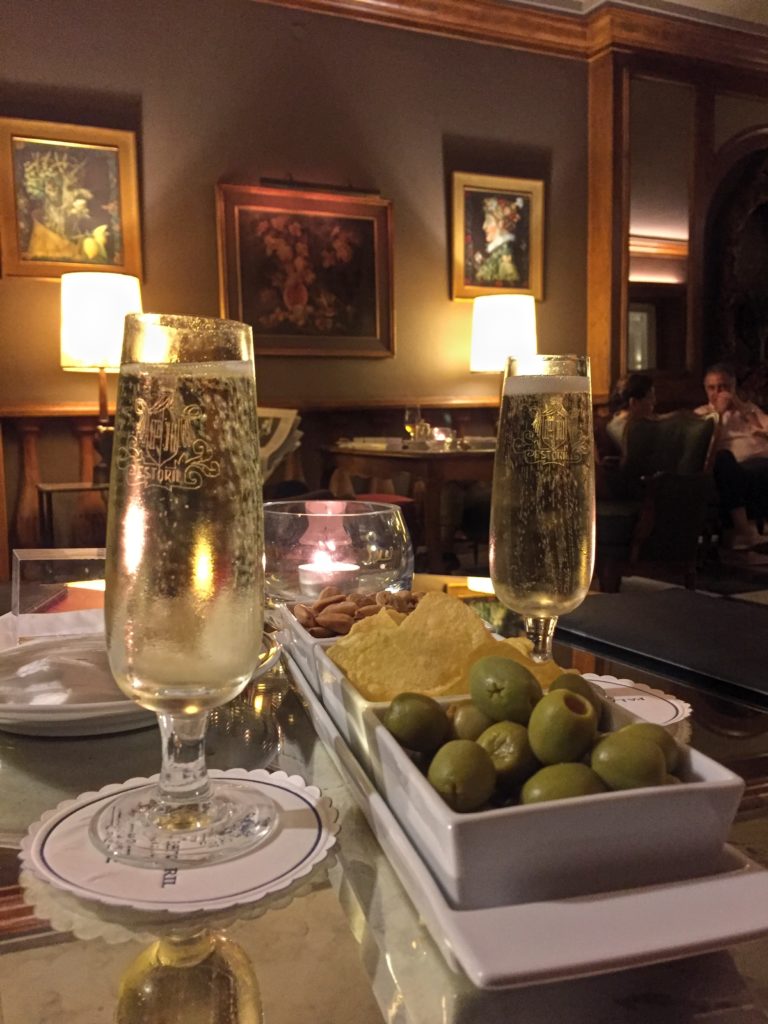 Sitting in the bar at the Hotel Palácio Estoril, we sipped champagne from crystal flutes. Our drinks were served on a silver tray, presented to us like a gift by a barman sporting a crew cut and dressed in a white dinner jacket and black tie. It felt all at once both foreign and familiar—we knew this place, but we had never been here before.

The dark wood walls and low lighting prompted our fellow bar guests to talk in hushed tones, settled into the room’s clandestine corners. There was a thread of muted music from the era of big bands, Frank Sinatra, Doris Day, Rosemary Clooney, Perry Como, Dean Martin and Tony Bennett. It was as if we had stepped into an old movie or a spy novel. A post-World War II setting for secrets and espionage. It felt like an old Bond movie.

And then we discovered that this place where we were sipping bubbles had once been all those things and more. 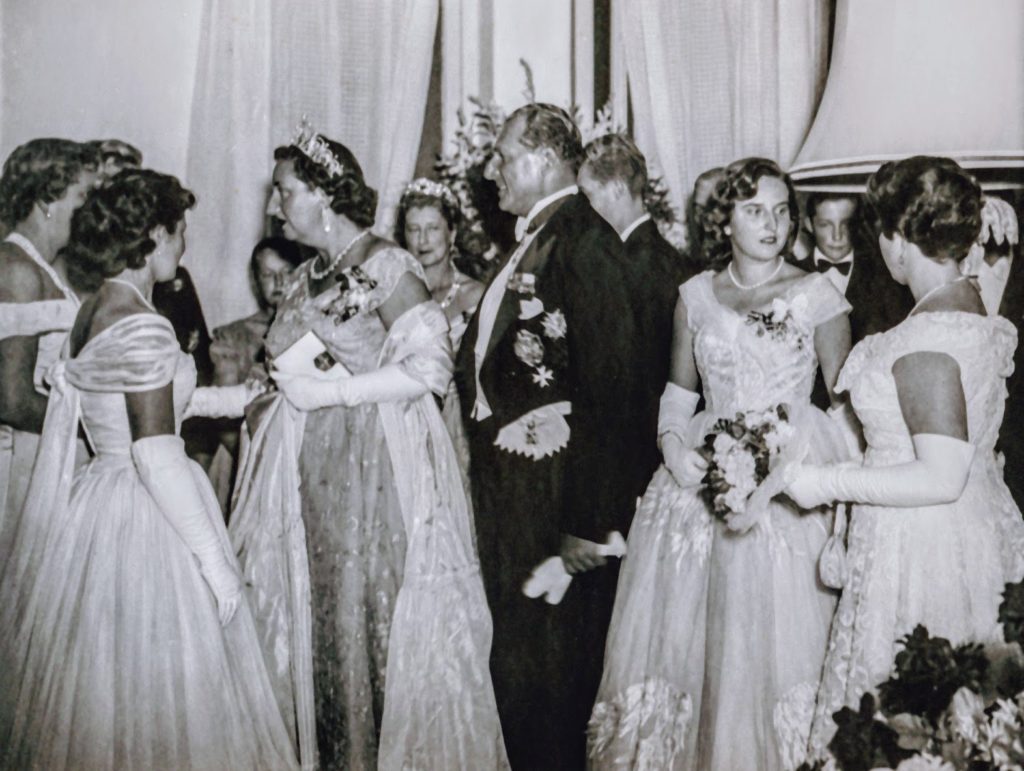 During World War II, the city of Estoril was home to a host of exiled monarchs and state dignitaries. You could fill a deck of playing cards with the titles and faces of European royalty who made regular appearances at the Hotel Palácio. Today, even though they are long gone, their black and white photos still line the hotel’s hallways. The images capture countesses and princes dressed in mid-twentieth-century eveningwear—gowns, tiaras and elbow length gloves; tuxes, military jackets, sashes, and the occasional ceremonial sword. They seemed to be enjoying themselves, even when they no longer had countries to return to. 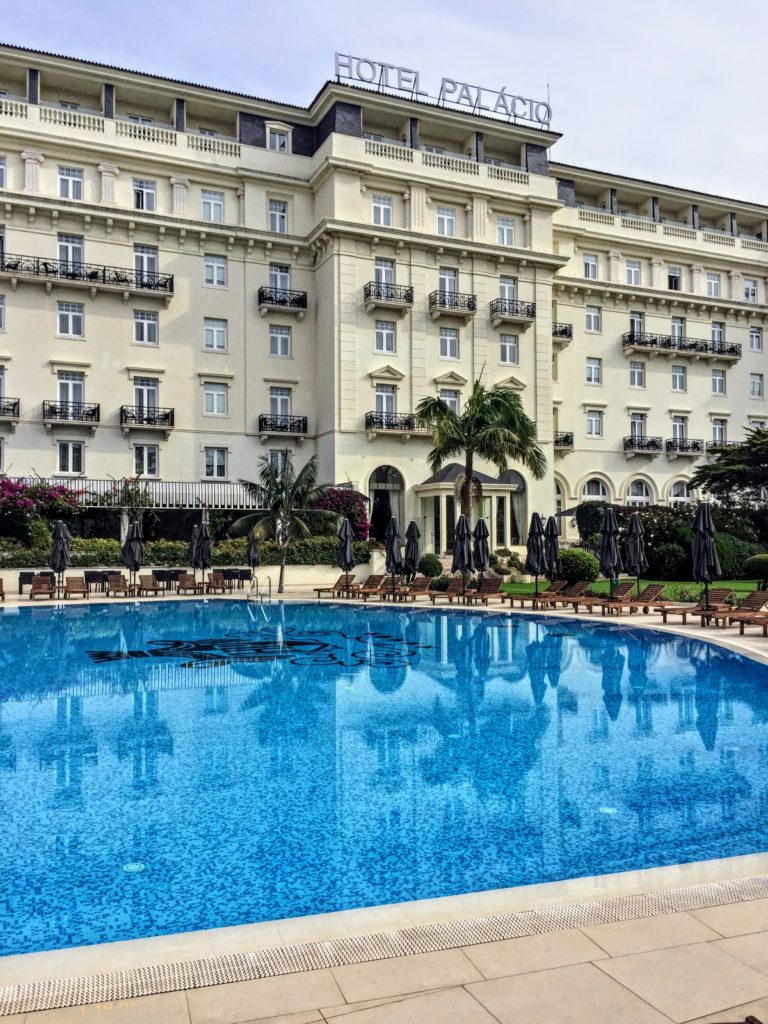 Given Portugal’s neutrality, the Hotel Palácio also attracted a more clandestine clientele: German and British spies. Amidst all this glamour, the hotel became a center for international intrigue. It served as the unofficial headquarters for some of the world’s most famous secret agents, including spies Graham Greene and Kim Philby. British agent Greene was the author of the espionage classic The Third Man; and Russian mole Philby was the model for that title character.

Champagne, if you are seeking the truth, is better than a lie detector.

For years the Bar Estoril entertained these secret agents. Here they plotted strategic maneuvers as each side attempted to influence the course of history. Legend claims that regulars could gauge which side was winning—spy-versus-spy—by who was ordering the bar’s best champagne. Referred to as the Champagne News Service, if you knew who had ordered the champagne on any particular night, you would know even before the news agencies which side was winning the war. 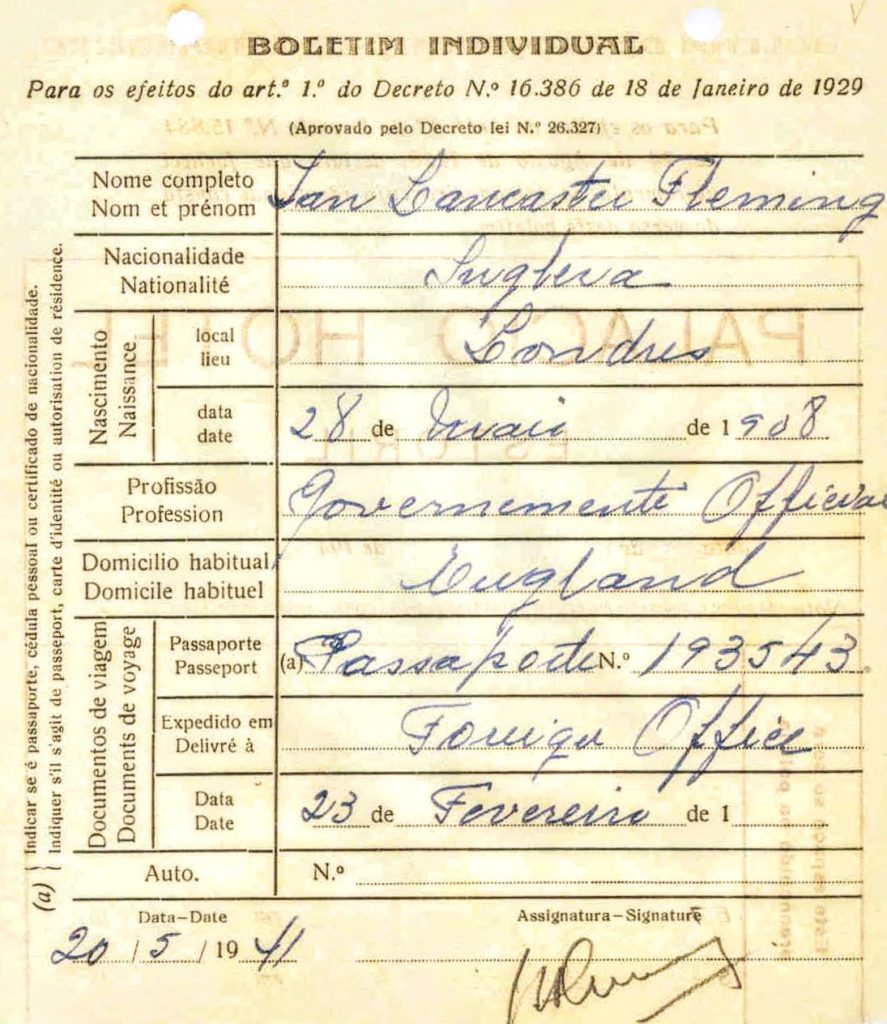 In addition to all those tradecraft connections, one more special guest helped assure the hotel’s place in spy history. After visiting the Hotel Palácio, Ian Fleming went on to create secret agent 007 James Bond, and write Casino Royal. And yes, there is a casino within a dice roll of the hotel.

On the self-styled Portuguese Riviera just sixteen miles west of downtown Lisbon, the Hotel Palácio Estoril is eminently accessible for visitors, even if they aren’t spies or royalty. The history of the hotel is fascinating, and its careful preservation of five-star Old World elegance lets you step back into a grand period of hospitality with relative ease.

Bond himself—in the person of one-hit star George Lazenby—was a hotel guest during the filming of On Her Majesty’s Secret Service in Estoril. Amazingly, a hotel concierge who appeared in the film still works the front desk. “The Palace” is that kind of hotel; where staff members spend their careers. 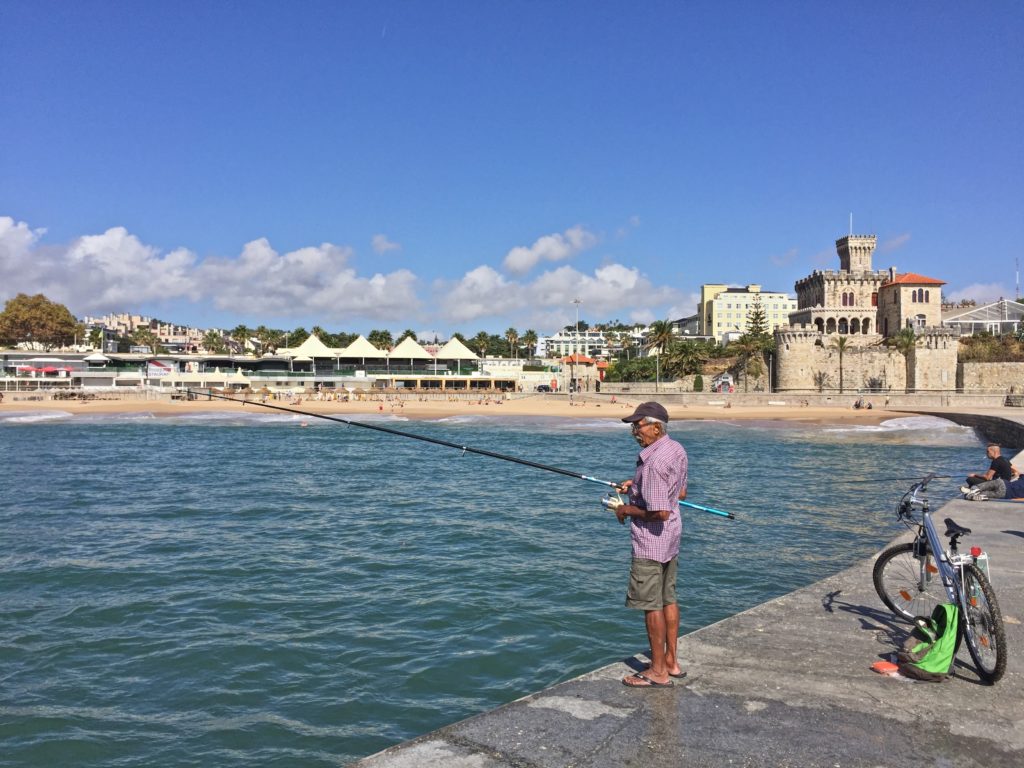 These days, you are unlikely to encounter Bond-esque drama as a guest at the hotel. But the area has a lot to offer. Estoril’s beach (the Praia do Tamariz) is a five-minute walk from the hotel’s front door. There you can dive directly into the Atlantic Ocean, or take a pleasant stroll along the wide, seaside walkway to the quaint and historic town of Cascais. Dotting the route overlooking the ocean, you will still see a string of abandoned palaces once inhabited by exiled European royalty. Restaurants, shops, yachts, and atmosphere are plentiful in Cascais, as are crowds in the peak tourist season.

Estoril is just a forty-five-minute coast-hugging train ride from Lisbon, and the rail station is steps away from the Hotel Palácio Estoril. Would James Bond take a train to Lisbon? Probably not, but rail travel is a tad more convenient than renting an Aston-Martin DBS.

While in the area, don’t miss the wonders of Sintra, a UNESCO World Heritage site. You can fire up that Aston-Martin, or take a taxi from the hotel and arrive in Sintra in twenty minutes. There are three enticing reasons to visit Sintra: the ruined medieval Castle of the Moors, the historic fifteenth-century Sintra National Palace, and the Pena National Palace. With its fanciful design and mountaintop perch, Pena Palace rivals Germany’s Neuschwanstein in the European fairytale castle category.

Gambling, spies, and royalty all left their mark on the Hotel Palácio. But today’s hotel is as much about spa treatments, pampering, and golf tourism as it is about roulette, intrigue and tiaras. Modern adaptations notwithstanding, Hotel Palácio Estoril continues to meet the definition of a grand hotel.

For more on Portugal Travel, read our book Portugal — A Tale of Small Cities.