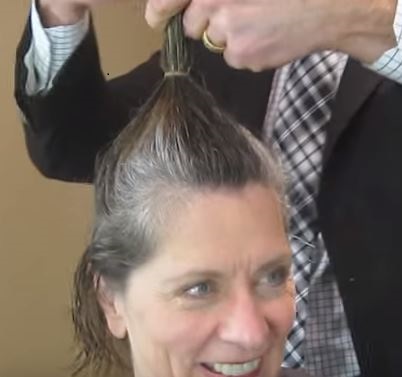 One of Christopher Hopkins’ clients decided she wanted to let her hair go to its natural grey, so she let it grow out a bit and then went to Christopher for him to do his magic. We gasped! – really – when the first thing he did was cut off her just below the chin length hair. The results? See for yourself.