It’s a Woman’s World on Stage

Where can you find women creating great theatre in Los Angeles? Check out my latest recommendations below and celebrate the accomplishments of our fellow artists on stage. There’s nothing like a live performance! 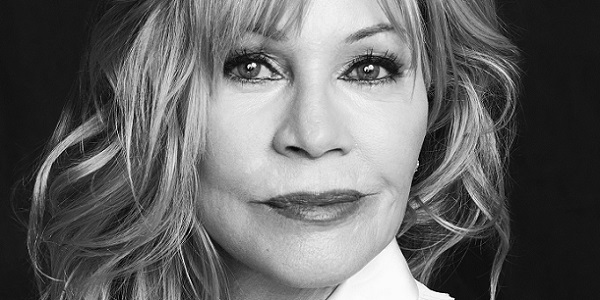 Here’s to you, Mrs. Robinson, and to Melanie Griffith who stars as the most famous cougar of them all in Terry Johnson’s stage adaptation of The Graduate opening tonight at the Laguna Playhouse in Laguna Beach. A Golden Globe winner for her role as Tess McGill in Mike Nichol’s film Working Girl, Griffith is sure to heat up the stage with her seduction of a young college graduate. Michael Matthews directs this hilarious dark comedy set in California in the 1960s, which also stars Nick Tag as Benjamin, the object of her desire. Through March 25th at Laguna Playhouse. www.lagunaplayhouse.com

In this new comedy by Wendy Graf, a chance meeting in an airport leads to a Burmese odyssey, a search for a missing monk, and maybe even love. Maria Gobetti directs the romantic comedy, which was inspired by a trip Graf took to Myanmar in 2015. She says, “The trip highlighted and encapsulated for me our modern sense of feeling adrift, seeking something without knowing quite what, trying to ground oneself in the constant barrage of apps and crazes and shoulds and how-tos. I felt as if I had walked headlong into a strange new world, a monsoon, not knowing what would happen next.” March 1 – April 15 at The Victory Theatre Center in Burbank. www.thevictorytheatrecenter.com

Skylight Theatre Company is the first to present Stephanie Alison Walker’s new play The Madres as part of its National New Play Network rolling world premiere. The much-lauded work has already garnered numerous awards including winning the Ashland New Plays Festival and the Boulder Ensemble Theater Company’s Generations Contest. The play was also a finalist for the O’Neill Playwrights Conference, the CTG/Humanitas Playwriting Prize, and the Saroyan/Paul Playwriting Prize for Human Rights. Its story follows three generations of women in one Buenos Aires family where people are disappearing off the streets but no one is talking about it. In the fight against tyranny, look to the Mothers of Los Desaparecidos de Argentina to show us how it’s done. Directed by Sara Guerrero, Founding Artistic Director of the Santa Ana Breath of Fire Latina Theater Ensemble, it stars two formidable actresses sharing the role of Josefina – Denise Blasor (March 10 – April 2) and Margarita Lamas (April 6 – 29). March 3 – April 29 at Skylight Theatre on Vermont. http://skylighttheatrecompany.com/

Through the Eye of a Needle

Also receiving its world premiere is Jami Brandli’s Through the Eye of the Needle directed by Ann Hearn at The Road in North Hollywood. Each member of the Keen family deals with a recent tragedy concerning daughter, Dana, a navy corpsman in the Iraq War differently. Larry copes with too much scotch, Barbara sets an extra place setting at the table, and Samantha, her sister, secretly uses Twitter to create a protest. When Nasser, an Iraqi refugee, arrives at their door unannounced on Christmas Eve, tempers fly and secrets are revealed. Will the Keens be pulled further apart or will they find grace and redemption in this intriguing family dramedy? March 17 – May 26 at the Road Theatre in North Hollywood. www.roadtheatre.org 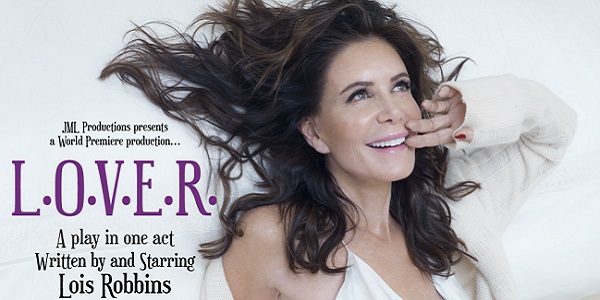 Soap star and native New Yorker Lois Robbins will be “Baring it all!” in the world premiere of her one woman play, L.O.V.E.R. at the Zephyr Theatre in April. Written and performed by Robbins and directed by Sonia Sebastian, the 80-minute performance is a humorous and touching coming of age story in which she realizes that the most important relationship is the one she has with herself. Robbins covers her sexual exploits from childhood to adulthood in this fast-paced, sophisticated look at what it means to be a woman. April 12 – May 5 at the Zephyr Theatre on Melrose. Ticket link 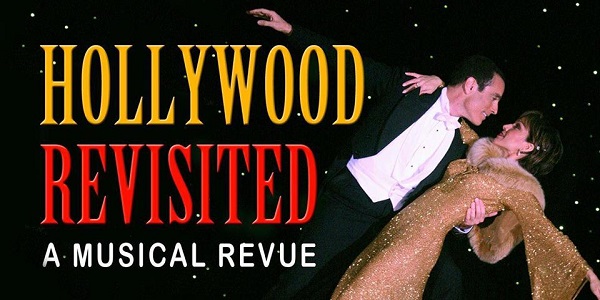 And for those who love the glamour of Hollywood, Musical Theatre Guild presents a one night benefit performance of Hollywood Revisited, a spectacular musical homage to the movies, to raise funds for its youth outreach programs. This one is really special. The cast will sing and dance while wearing the ORIGINAL Hollywood movie costumes worn by legendary stars of the Golden Age. You’ll see costumes worn by Marilyn Monroe, Ginger Rogers, Julie Andrews, Gene Kelly, Bette Davis, Donald O’Connor, Mae West, Bing Crosby, Judy Garland and more, all from the collection of curator Greg Schreiner. Greg is Director of Special Collections at the Hollywood Museum and also serves as Musical Director and narrator for this unique revue. Expect to see MTG members on stage as well as some surprise guests, all directed by Joshua Finkel. March 26, 2018 at the Colony Theatre in Burbank. Ticket Link