Two Rescue Dogs and a Cat

A Balancing Act I Would Not Change for the World 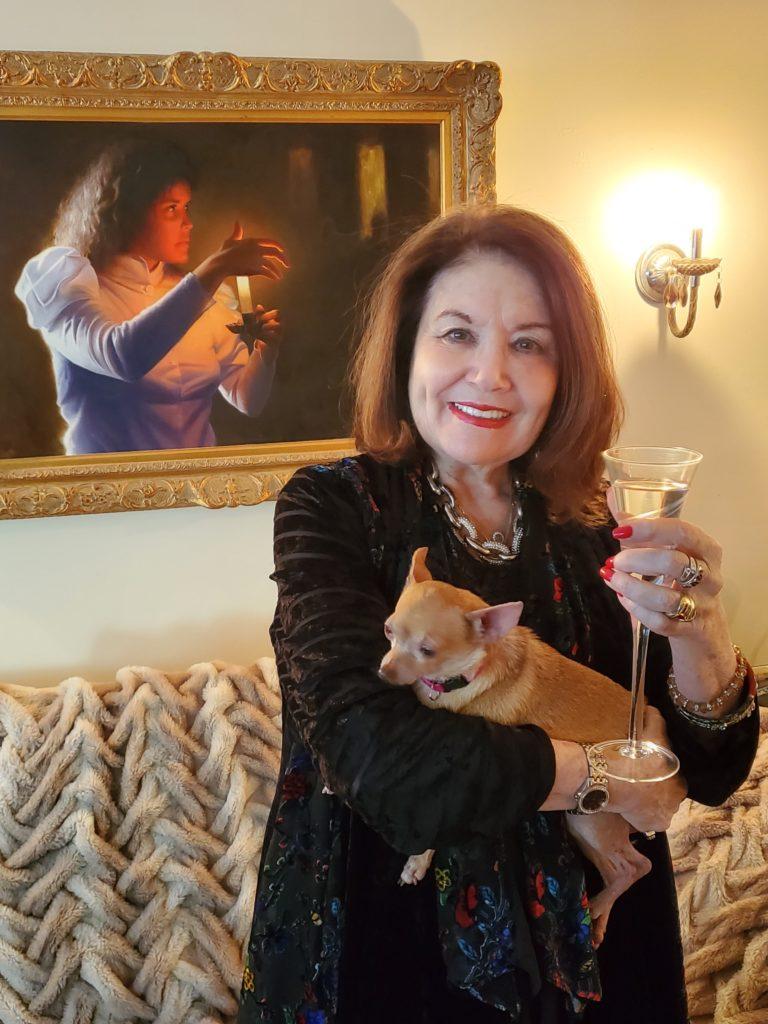 Tally the weights of all three of my roommates—they add up to the 20 pandemic pounds I am eager to lose. I am not willing to lose my roommates, even though all three following me into any room I enter, even the shower, can sometimes be disconcerting. Sometimes , a moment before, they were snuggled up with me on the couch,  and because I got up, they had to move around again. Mainly though, it’s endearing to be so loved.

Bindy came to me four years ago from The Sato Project, which rescues dogs from Puerto Rico. A month ago, tiny Lia came to me—interestingly, also from Puerto Rico, but from Love of All Dogs Rescue. Both dogs are bilingual.  Just kidding: they understand body language, hugs and kisses, good food, and yummy treats. 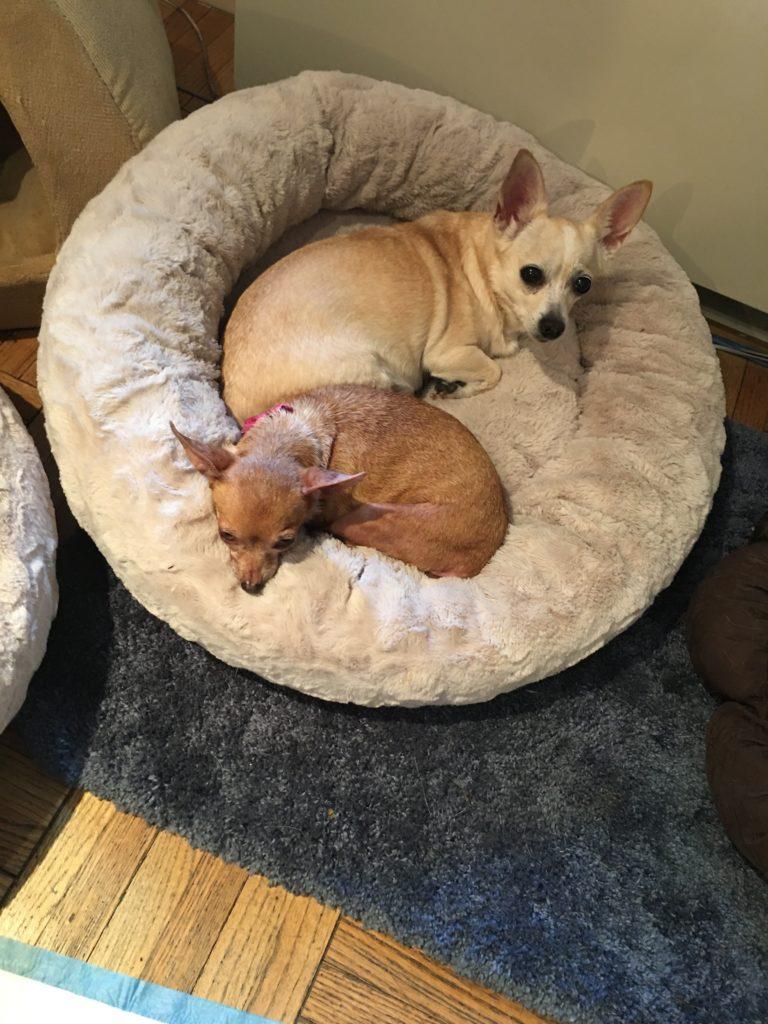 Rescue dogs know you saved them, and in return, they give you an extra measure of trust and love. Mine got me through the pandemic with my sanity intact. Well, mostly. Strange times indeed, but our furry friends make life so much richer. Rescue rescue rescue!

I love big dogs, but at my age (81), a 100-pound dog dragging me across the street is a recipe for disaster.   The first tiny dog I adopted years ago was Sophie, from the rescue group called badassbrooklyn. The second chi I adopted was Bindy. Rescued by The Sato Project from a notorious dog drop-off beach in Puerto Rico. The two Chihuahuas bonded immediately.

Sophie died in November 2021 of a brain tumor at age ten and a half. I wasn’t the only one bereft:  Bindy dearly missed her BFF, so I put feelers out for a senior Chihuahua. 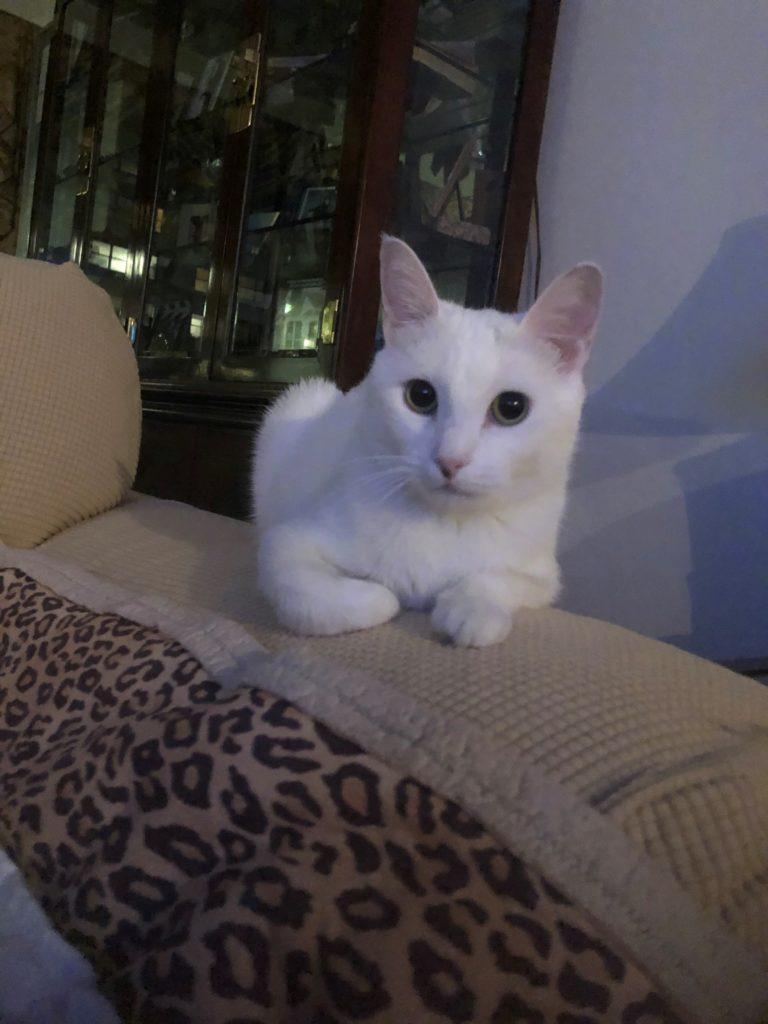 Meantime—the plot thickens—-while Sophie was still alive, I had adopted a cat. I was not planning to. But one afternoon, shopping at the PetsMart below Costco on West 117 Street, I spotted a gorgeous feline in a tiny cage. It turned out that Raina was a difficult cat, not a purring lap-sitter, and scared people away with her hissing and biting. There was one option—my adopting her or allowing her to suffer in a “jail cell” barely large enough for her to turn around. So she, too, became a roommate.

Raina more or less let the dogs alone, and we all got along. However, when Sophie completed her journey on earth and made her way to the Rainbow Bridge, I eventually adopted an 8-year-old Chihuahua named Lia.   Lia decided I was her person from the first second we met. That was great:  except that she also decided she had to protect me from—you guessed it—the cat! 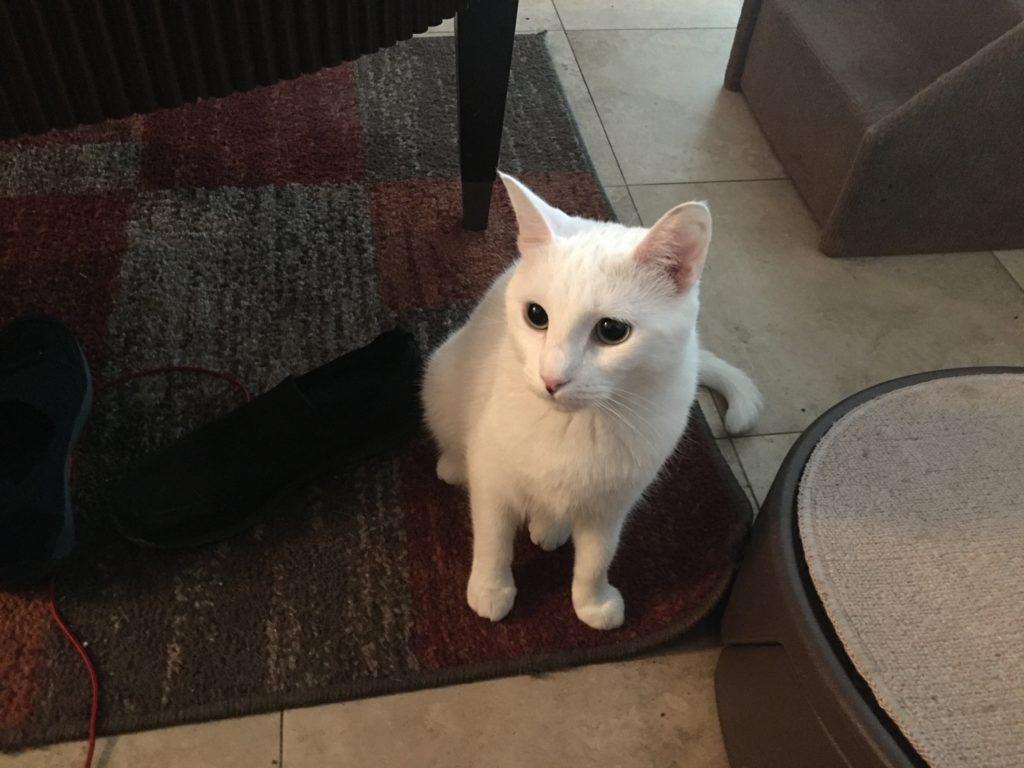 Between them, it’s been war. I feel awful for Raina. It took her several months to trust me, and then she also decided I was her person. She set up residence on my bed each night. She even allows me to pet her sometimes—until she decides she has had enough and then will try to bite or swat me away—no actual harm done. 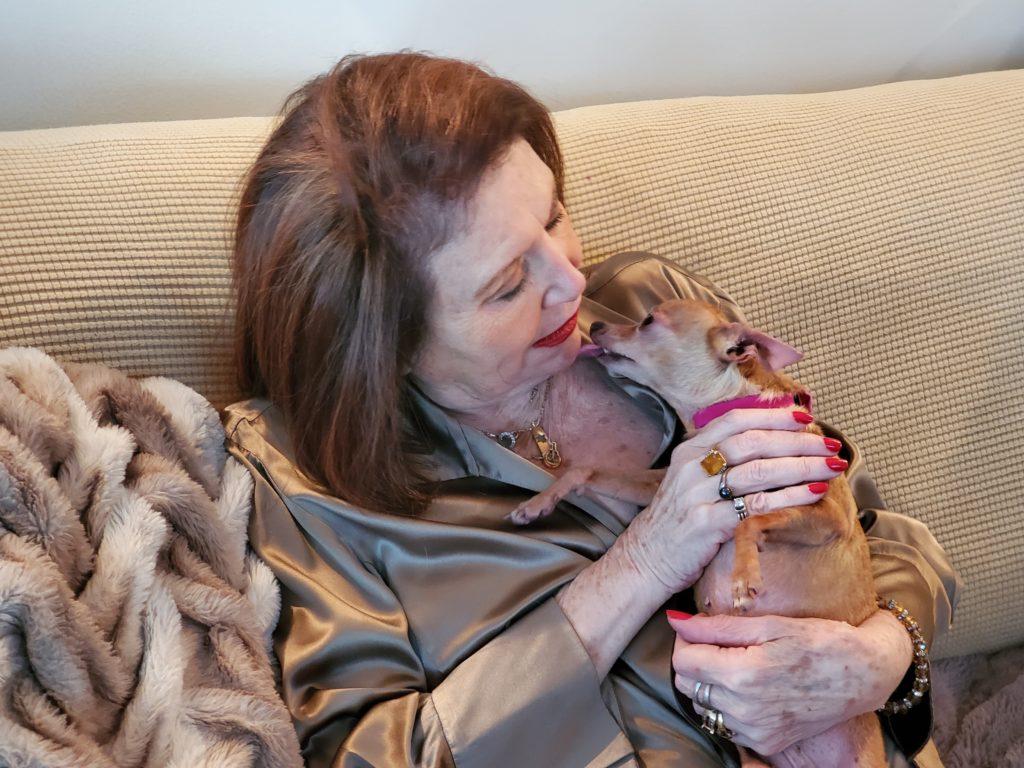 Now Lia sleeps right under my arm, and Riana sleeps below in a cozy round furry dog and cat bed. I will be honest—I did put feelers out, trying to find a new forever home for Raina. Today, Raina is still here and might be forever, even as I am selling my large co-op and downsizing.   I worry about all of us sharing an apartment that will be half this size, with no terrace like the one Raina loves to (very safely) hang out on. But all I have to do is watch those poor Ukrainians pet lovers carrying their beloved dogs and cats with them, to God knows where as they flee their besieged cities and towns.  My heart breaks for them, and  I know that my little ones and I are so very fortunate indeed. So, bottom line, we will do well wherever we wind up. We may be in a less luxurious space, but we will still have one another.

If only I could get Lia and Raina to appreciate that and call a truce. And while we are at it, Universe—please do the same for others on the global horizon. Please!