The Search for Signs of Intelligent Life: Revisited 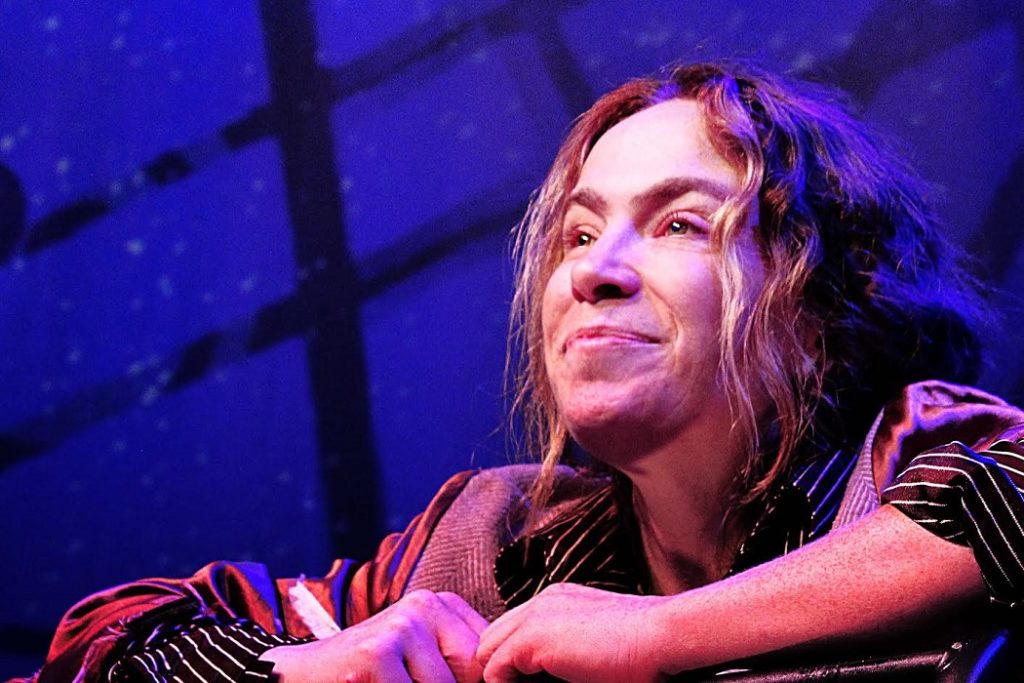 Here’s one for Tomatoes everywhere to get excited about: Jane Wagner’s The Search for Signs of Intelligent Life: Revisited which recently opened at the Los Angeles LGBT Center. The production is a new staging of the award-winning play Wagner wrote for her artistic and life partner Lily Tomlin in the late eighties that originated in Los Angeles, toured the country, garnered Tony Awards on Broadway, and was eventually adapted for film. To say it was special is an understatement. It was the kind of story that gave one pause to consider one’s own place in the universe and what that meant in the grand scheme of things.

Now, with Wagner’s blessing, director Ken Sawyer has reimagined it for an ensemble of 12 actors who bring the show’s eccentric and unforgettable characters to life. From Trudy (Charlotte Gulezian) the lovable bag lady, to 15-year old angst-ridden Agnus (Sasha Pasternak) and her grandparents (Kimberly Jürgen and Joe Hart), to the wealthy but unhappy Kate (Ann Noble), this disparate collection of souls will touch your heart. 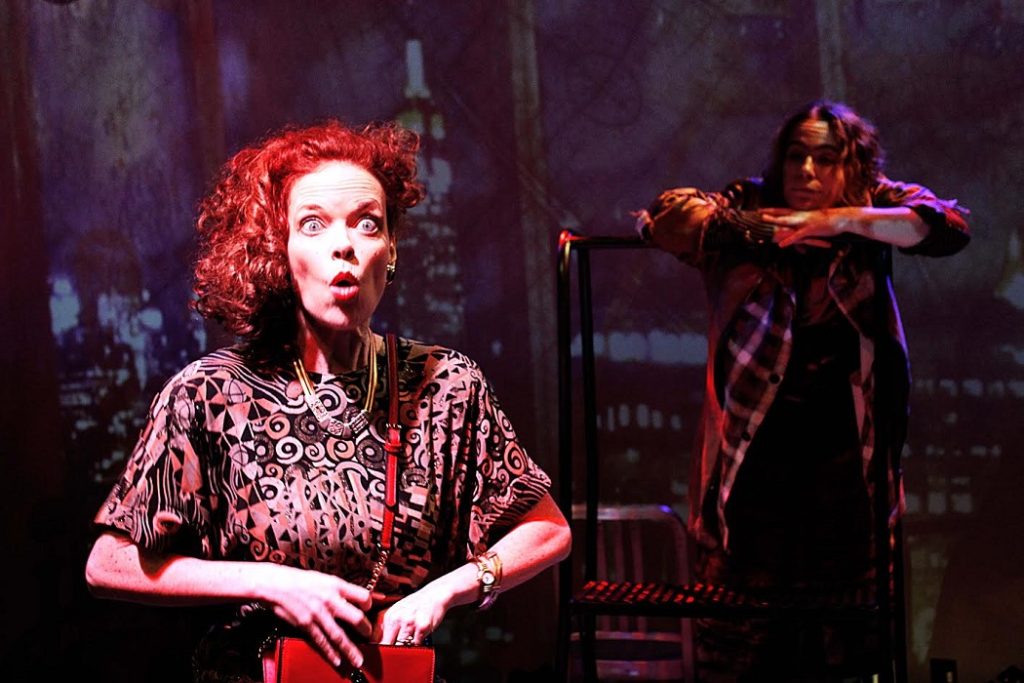 Ann Noble as Kate and Charlotte Gulezian as Trudy. Photo by Ken Sawyer

I first saw Search when Tomlin returned to L.A. in 1990 to close her tour at the old Wilshire Theatre (now the Saban) in Beverly Hills, and I remember what a profound experience it was. Seeing it now with a full cast is like coming home.

Reception for the new show has been warm. Sawyer says, “It seems that audiences go in expecting to laugh but are taken aback by how moved they are at the end of the show. One person told me how impressed he was that each of the characters is portrayed with such dignity, and that he saw the pride every actor takes in the work.”

You can judge for yourself when you revisit the show, or see it for the first time, in Hollywood. After all, “reality is just a hunch.”

Additional actors featured in the cast include Julia Aks, Julanne Chidi Hill, Kristina Johnson, Bellini Logan, Jeremy Luke, Anny Rosario, and Rachel Sorsa. Original music is by Anna Waronker, best known as the frontwoman of That Dog and Charlotte Caffey of The GoGo’s. Choreography is by Yusuf Nasir. 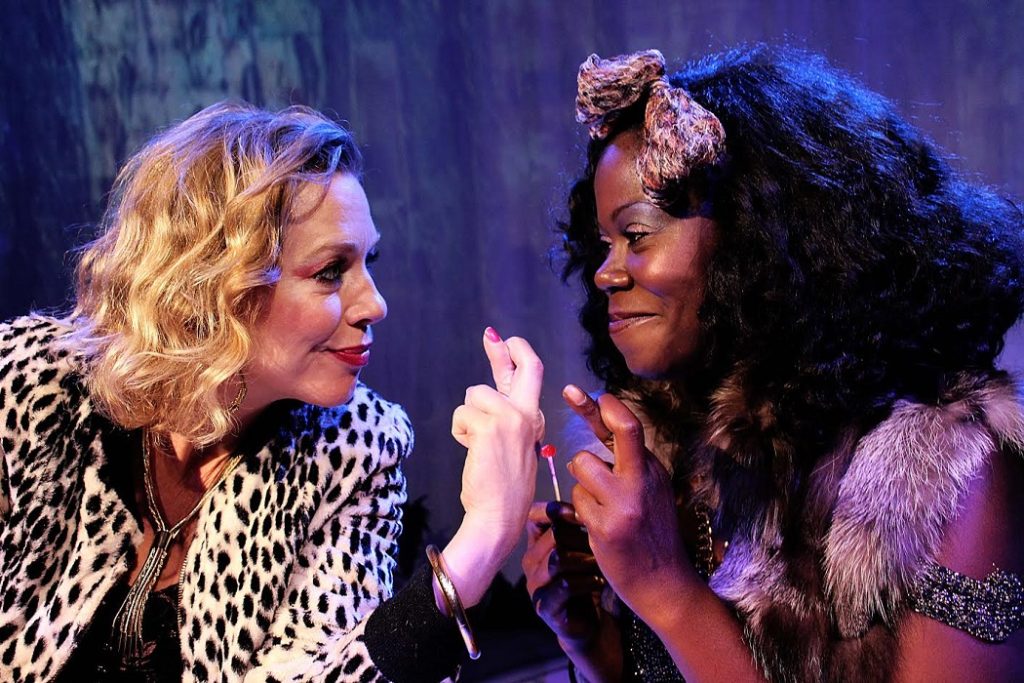 Performances of The Search for Signs of Intelligent Life in the Universe: Revisited produced by Jon Imparato and the Los Angeles LGBT Center continue through November 20th but there is talk of a possible extension. General admission tickets are $30 and may be purchased online at www.lalgbtcenter.org/theatre or by phone at (323) 860-7300. Net proceeds from ticket sales support the free and low cost programs and services offered by the Los Angeles LGBT Center. The Los Angeles LGBT Center’s Davidson/Valentini Theatre is located at 1125 N. McCadden Place (one block east of Highland, just north of Santa Monica Boulevard), in Hollywood, 90038. Free onsite parking is available. 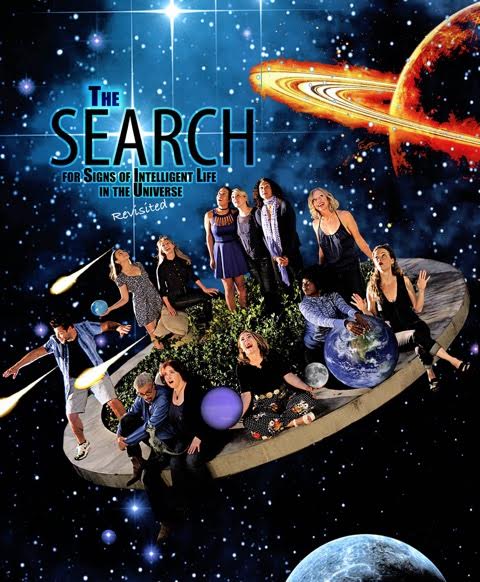