The Health Benefits of Tea 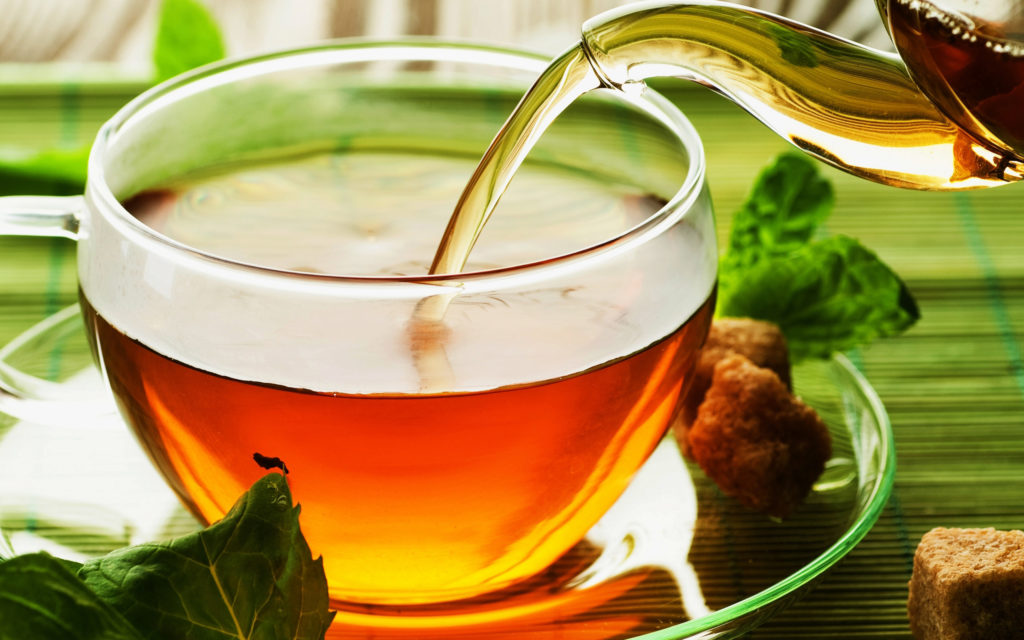 Tea is the second most consumed beverage in the world and has long known to be healthy, but new research released at the USDA shows that tea – black, green and white – can help to promote heart health, bone mass, healthy weight and even brain power.  A key finding…that even one cup of tea a day can promote healthy blood pressure, which could have significant impact on public health in terms of heart attack and stroke prevention.

Leading nutrition scientists from around the world convened at the United States Department of Agriculture recently  to present the latest research supporting the role of tea in promoting good health.  Tea is the second most consumed beverage in the world, next to water.  Interest in its potential health benefits has grown exponentially; in just the past five years there have been more than 5,600 scientific studies on tea, forming a substantial body of research on this ubiquitous beverage.

Among the findings is research suggesting that green tea and caffeine may trigger energy expenditure that may promote weight loss.  Another study illustrates how tea may help counter the adverse effects of high-fat foods on blood vessels, which could possibly reduce the risk of atherosclerosis, the most common cause of death in the U.S.

Numerous studies suggest tea supports heart health and healthy blood pressure, and appears to be associated with a reduced risk of cardiovascular disease, including stroke and heart attack.  New research presented by Claudio Ferri, MD, University L’Aquila, Italy, found in 19 normotensive and 19 hypertensive individuals that black tea was able to reduce blood pressure.  In the hypertensive patients, black tea appeared to counteract the negative effects of a high-fat meal on blood pressure and arterial blood flow.  Hypertensive subjects were instructed to drink a cup of tea after a meal that contained .45 grams fat/lb. body weight. The results suggest that tea prevented the reduction in flow mediated dilation (FMD), the arterial ability to increase blood flow that occurs after a high-fat meal. In a previous study conducted by Ferri, tea improved FMD from 7.8 to 10.3%, and reduced both systolic and diastolic blood pressure by -2.6 and -2.2 mmHg, respectively, in study participants.

“Our studies build on previous work to clearly show that drinking as little as one cup of tea per day supports healthy arterial function and blood pressure.  These results suggest that on a population scale, drinking tea could help reduce significantly the incidence of stroke, heart attack and other cardiovascular diseases,” concluded Dr. Ferri.

Obesity is the largest public health concern in the United States and there are few strategies that provide long-term success.  New research on tea catechins suggests that they may provide a benefit in maintaining body weight or promoting weight loss. In a comprehensive review of the published data on this topic, researchers from Maastricht University, Maastricht, The Netherlands, found that 24-hour energy expenditure and fat oxidation increased when subjects consumed green tea and  caffeine. The results of a meta-analysis suggest that the increase in caloric expenditure is equal to about 100 calories over a 24-hour period, or 0.13 calories per mg catechins.  In addition, green tea and caffeine also appear to boost fat oxidation over 24 hours by an average of 16% or 0.02 grams per mg catechins.  In a related review, researchers concluded that subjects consuming green tea and caffeine lost an average of 2.9 pounds within 12 weeks, while adhering to their regular diet.

Beverages now account for 20% of total calories in the typical American diet. “As tea is calorie-free, it’s an ideal choice to help consumers meet fluid requirements without adding calories to their diet, and the modest increase in energy expenditure and fat oxidation can also add to the role of tea as part of a healthy, calorie-controlled diet that promotes weight loss or maintenance,” explains researcher Rick Hursel, PhD, of Maastricht University, The Netherlands.

Tea and Bone and Muscle Strength

Osteoporosis is a major public health concern for many older women and men as the disease is responsible for two million fractures a year and 300,000 hip fractures in 2005. The disease leads to loss of mobility, independence and reduces quality of life for many older Americans.

Researchers at Texas Tech University Health Sciences Center conducted studies with 150 postmenopausal women with low bone mass to see if the addition of green tea flavanols , Tai Chi exercise or both green tea plus Tai Chi could help improve markers for bone health and muscle strength in study participants.  At the end of the six-month clinical trial they found that 500 mg green tea extract (equivalent to 4-6 cups of green tea daily), alone or in combination with Tai Chi, improved markers for bone formation, reduced markers of inflammation and increased muscle strength in study participants.

Tea is one of the most widely consumed beverages in the world, and it is one of the most thoroughly researched for its potential health benefits. The leaves of the Camellia sinensis plant contain thousands of bioactive compounds that have been identified, quantified and studied for their mechanisms of action. While many of these compounds act as antioxidant flavonoids, not all of tea’s benefits are thought to be solely from antioxidant activity.

For example, new research presented by Alan Crozier, PhD, of the University of Glasgow, UK, revealed that while many tea flavonoids in green and black tea are digested and absorbed, others are more resistant to digestion and travel mostly intact to the lower gastrointestinal tract, where they provide a probiotic effect by enabling beneficial bacteria to thrive.

The latest data provide further evidence of tea’s potential role in promoting good health, perhaps due to the fact that tea flavonoids are the major contributors of total flavonoid intake in the U.S. diet: