Strong Women Get Their Due on Stage in August 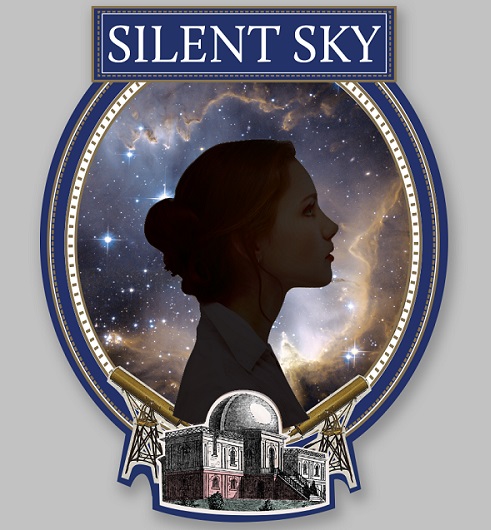 If you were captivated by the film Hidden Figures and its story of the women known as “human computers” who saved John Glenn’s NASA space mission, get ready for Lauren Gunderson’s play Silent Sky, opening this month at the Long Beach Performing Arts Center.

Jennifer Cannon stars as astronomer Henrietta Swan Leavitt (1868-1921), an astronomer and “human computer” hired by the Harvard Observatory to study the variable luminosity of the stars. She discovered more than 2,400 variable stars; about half of the known total at the time, and her intense observation of the Cepheids, in particular, would later allow Edwin Hubble to determine the presence of galaxies beyond the Milky Way. She also developed a standard of photographic measurements that was accepted by the International Committee on Photographic Magnitudes called the “Harvard Standard.” All this while not ever being allowed to handle a telescope (it was truly a man’s world).

“In the play, the very real mathematical relationship discovered by Leavitt is explained not with numbers, but with notes,” says Gunderson. “Henrietta’s sister, Margaret, is a pianist and just when Henrietta can’t stare at the tables of measurements describing her Cepheid variable stars any longer, she listens…then looks up…then sees/hears what she’s been searching for: a pattern. That moment is what made me write this play, because it could only work in a play. It’s theatrical, it’s musical, it’s not a moment of dialog but a moment of overwhelm, everything changes in this moment.”

Coincidentally, another one of Lauren Gunderson’s works – Émilie: La Marquise du Châtelet Defends Her Life Tonight – opens the same weekend at the Greenway Court Theatre on Fairfax, produced by Coeurage Theatre Company. In this play, Gunderson examines the life of the 18th century French physicist and mathematician whose commentary and translation of Newton’s Principia on the basic laws of physics is still used today.

Émilie, played by Sammi Smith, returns for one night to defend her legacy and finish the groundbreaking work for which she was denounced until after her death. The witty, sexy, and passionate exploration recounts her intellectual and romantic entanglements, including an affair with Voltaire.

Director Julianne Donelle says, “To be a woman directing a play about a woman that’s written by a woman is a dream. There are so many incredible female stories to be told, and yet, so few are brought to life. As a female director, I want to tell stories I can connect to. I may not have anything in common with a physicist from the 18th century but, at its heart, it is a tale of humanity, of one woman’s struggle to make strides in a male-dominated society tied in with all the trials of life.  It’s a story of legacy, loss, love, and heartbreak that transcends time and space, and it feels so relevant and timely even though Émilie lived almost 300 years ago.

At Laguna Playhouse, Kelly McIntyre is Janis Joplin in the Tony-nominated rock musical A Night with Janis Joplin, based on the life of the explosive singer. McIntyre joined the first national tour in 2016 and went on to headline three more productions at Capital Repertory Theatre, Barter Theatre and A.C.T.

“Through these past two years playing Janis Joplin,” says McIntyre, “I have learned endless lessons about myself, my career, my relationships, and most importantly, about love. The balance between all of those facets is something I’m still learning how to master but being the medium for Janis has given me the chance to look deep inside myself at who I really am, the way Janis so proudly did for herself. As a young performer, it would be easier for me to just take on the traits that the business wants to see, but I have, in Janis’ footsteps, actively chosen to stand up here and tell you the truth. Be myself. It’s an endlessly fun and educational journey.”

Artistic Director Ann E. Wareham adds, “The roof is about to be blown off the Playhouse with this spectacular show!” which runs August 16 – September 10 (opening 8/20). If songs like “Me and Bobby McGee,” “Piece of My Heart,” “Mercedes Benz,” and “Cry Baby” were part of your journey to adulthood, this musical has your name all over it. The show celebrates Janis and her biggest musical influences from Aretha Franklin to Etta James, Odetta to Nina Simone, and the great Bessie Smith. www.lagunaplayhouse.com

Wright’s ability to stay open during the writing process was an important part of her play’s journey. She says, “I wrote a different play before finally sitting down to write Violet, the one that frightened me. I wanted to tackle the issue that most haunts me as a woman, rape. But I did not see the point of writing what has already been well expressed. And I didn’t want to use it as a dramatic device, or to gain sympathy for my character. I wanted the play to be about my characters, not the rapist or the salacious details of the event.”

“As I sat at my desk, feeling vulnerable in the darkness of not knowing what to write, the characters opened up. And as I wrote, I discovered what really engaged me was the friend on whom the duty fell to ‘be there.’ So the play became about ‘how we show up.’ To allow another person to see you sick, or hurt, or violated, is courageous. And being the friend who witnesses that vulnerability is also courageous, and vulnerable. That’s what this play is about – the friendship. Not the event. But the silent, awkward and all too important and un-salacious relationship between women, when there can be nothing said. Or fixed.” www.EchoTheaterCompany.com