Silence is Not Golden When Parents Become Seniors 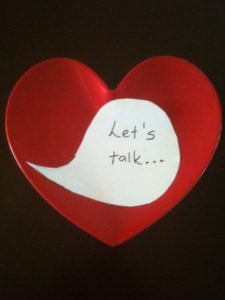 We all dread the idea that our parents will not live forever, yet everyone wants to avoid the conversation about their parent’s wishes regarding their end of life healthcare decisions—wills, healthcare proxy’s, and burials—because neither children nor elders really even want to think about these things, let alone discuss them. Although aging parents openly talk about their health and share more intimate details about their bodies than anyone but their doctors may care to hear about, why is this one so hard? Because it is sad for both children and aging parents to think that there will be a time that they will not have their independence and will have to rely on others (especially their children), or have some stranger take care of them. Most Elders have pride and don’t want to think of themselves like the people they see on television commercials chasing their grandchildren in motorized carts, sitting in a wheelchair playing cards, or clapping their hands to open and close lights.

Adult children of aging parents are entering into enemy territory when they approach the discussion of their parent’s inability to no longer live alone. The idea of moving out of their home will most times to be met with much resistance.  This is one battle that can be difficult to win at first.  Remember timing can be everything. Choose a good time to begin the talks. Try not to have this discussion on the way home from a hospital visit, or a friend’s funeral. Cover one base at a time. Don’t bring up selling the house, moving to assisted living and “the will” all at once.  If you strike out; just try again. The game is far from over, and is really just beginning – so take it slow.

You are probably frustrated that after all these years there are certain things that your parents just never “got it”. Maybe they never understood why you married the woman (or man) who already had a two-year-old of her own; or why you became an accountant instead of a doctor.  You may even feel uncomfortable talking to them about their wishes, the future, how much you will miss them when they are gone. There will be things that if left unsaid that will haunt you after your parents are gone. As difficult as it may be, talk to them now. Open the dialogue with some of these sentences:

I think that I know where you want to __________ (live when you can’t live on your own or what your wishes are as far as end of life care; or where you want to buried). But if I’m wrong tell me and we can talk about it.