Review: In & Of Itself, Where Theatre and Magic Become Art 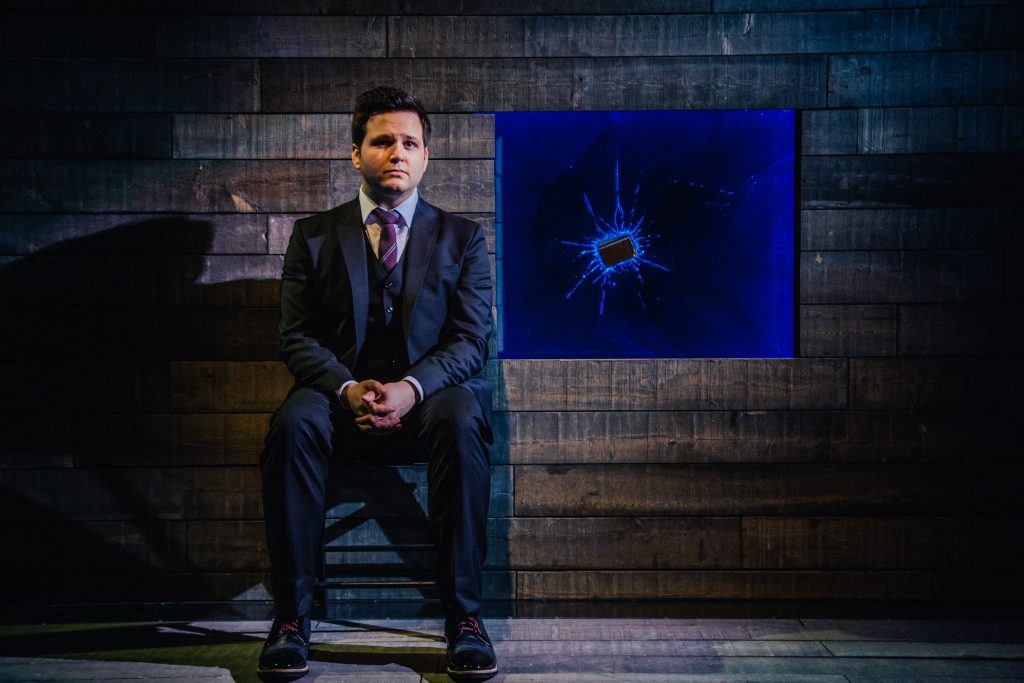 “willing suspension of disbelief” –the willingness to suspend one’s critical faculties and believe the unbelievable; sacrifice of realism and logic for the sake of enjoyment.

In 1817, “poet and aesthetic philosopher Samuel Taylor Coleridge coined the phrase ‘willing suspension of disbelief’ and suggested that if a writer could infuse a ‘human interest and a semblance of truth’ into a fantastic tale, the reader would suspend judgement concerning the implausibility of the narrative.” [Wikipedia]

It’s a concept I couldn’t help thinking about while watching Derek DelGaudio’s world premiere of In & Of Itself at Geffen Playhouse (www.geffenplayhouse.org) last week. The show lives somewhere in that make-believe realm between magic and theatre where what you see isn’t real but presents itself to be so, and it is up to you to determine what your experience will be. I found it to be as thought-provoking as any piece of theatre I’ve ever seen and as revelatory in its awe-inspiring moments as any magic act I’ve ever witnessed.

It is an experience that will change you, or at the very least, change how you see yourself in relationship to the world. And isn’t that why we go to the theatre? In & Of Itself is a rare entertainment where magic and theatre have evolved into a new form of art.

DelGaudio created the show and it is directed by Frank Oz, the much-loved puppeteer who brought to life many iconic characters for The Muppets and Sesame Street, as well as Jedi Master Yoda for the Star Wars series of films. Perhaps it isn’t so surprising then that the very humanity found in In & Of Itself should be one of its most memorable characteristics. Windows in a wall or windows into the soul…they aren’t all that different when you stop and think about it.

The production has been extended five times but is now in its final weeks and will close August 28. This kind of performance doesn’t come around very often. Don’t miss out. 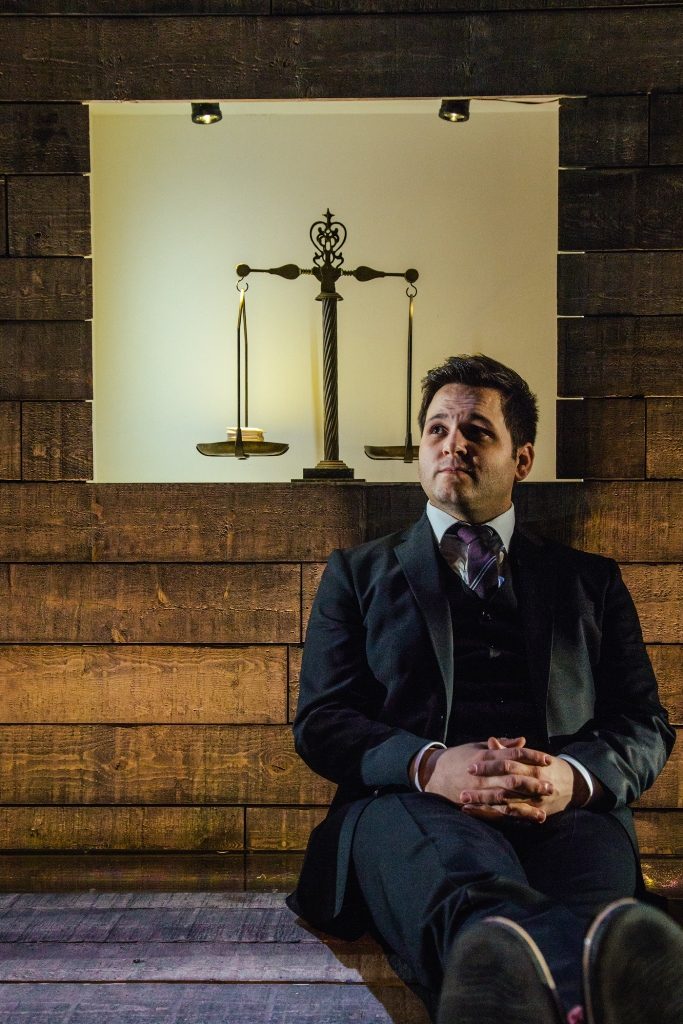 As a character, DelGaudio is a bit of an enigma. He is quiet and even somewhat unassuming, with the studied composure of a man who knows the value of underplaying a moment. He moves slowly, carefully, and he intentionally lets his words linger in the air, which only serves to heighten their effect on the listener. Where most magic acts are showy and built to impress with applause-inducing “flash and splash,” he instead takes the contrary route, an alchemical inward journey both heady and hypnotic that, for my money, leaves a deeper impression.

Even now, several days after seeing it, I continue to reflect on the show’s philosophical forks in the road: the weight of our secrets, who I think I am, and how I choose to see what I see…because, he reminds us, it is always a choice.

This point of view, like everything in DelGaudio’s show, is unexpected. The illusions woven into his theatrical narrative flow seamlessly – almost matter-of factly – out of his storytelling. I’m loathe to say much about the actual content because the very fact that you don’t know what you’re in for throws you ever so slightly off balance. Relaxing into that place of not knowing can be difficult in our fast-paced, results-driven world but it carries a great payoff in this instance.

What I will say is that the Geffen’s Audrey Skirball Kenis Theater has been completely reconfigured to create an intimate and antiquated cigar box setting worthy of the wholly original experience. I guarantee you’ve not heard these stories before nor seen them integrated with such poetic grace.

Adding to the show’s ethereal nature is a mesmerizing sound design composed by Devo frontman Mark Mothersbaugh and an illusory, almost spectral, lighting design by Adam Blumenthal. More than the sum of its parts, each decision enhances the overall effect and delivers on the show’s promise. And for a production whose very title is an idiom with no meaning, that is rather astonishing.