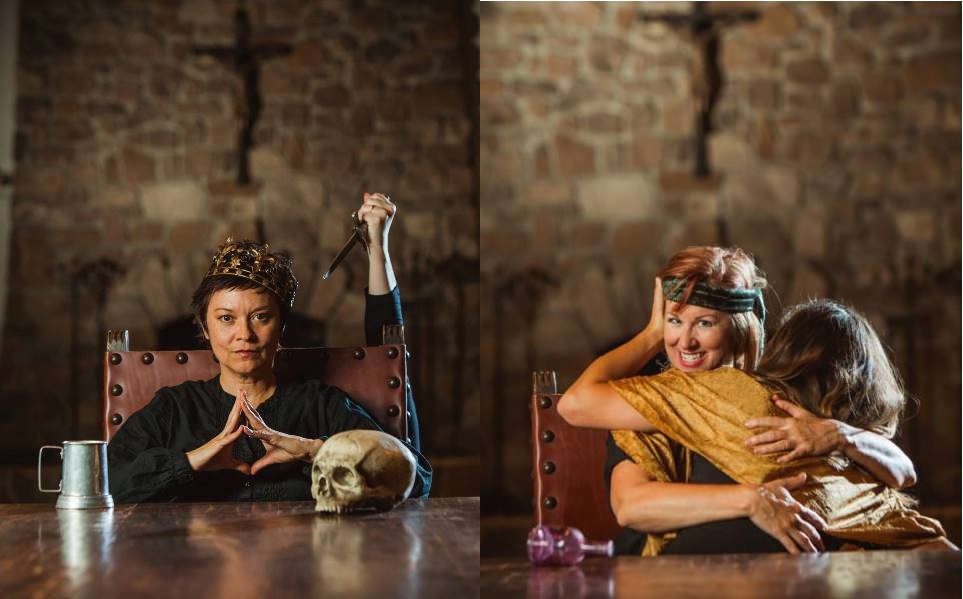 The ladies of Chickspeare are back for another summer of Elizabethan improv, this year indoors in their new home at the El Portal Theatre in North Hollywood. It’s been two years since I saw them perform on their lovely outdoor patio in Hollywood and I wondered how the experience would compare. I’m happy to report, these Bard broads get funnier every time I see them and the new venue works like a charm.

They are as adept at reinventing Shakespeare’s conventions as ever but it doesn’t matter if you know anything about Shakespeare’s plays. Their ability to hook you with all manner of silliness is assured and you’ll never feel like you aren’t in on the joke. Maybe it’s because they don’t take themselves too seriously either. This is your Friday night destination for good-natured, likeable fun, and who couldn’t use a little more of that?

In less than 90 minutes, five of the seven current cast members (Jennifer Bascom, Gale Brennan, Jennifer Flack, Kelly Holden, Lauren Pritchard, Paige Tierney, and Silvia Zamora) will tell a love story that has never been seen before. Part prose, part verse, and accompanied by an expert fiddler (Rebecca Ward), the stage is set and off they go.

Secret lovers, obstinate parents, the ghost of a dancing dead wife, a baker, a blind mother crone, a pirate bum in an alley, rats, bats, and one dough-drunk fool later, this opening night road to Padua offered up more belly laughs than I could have predicted. 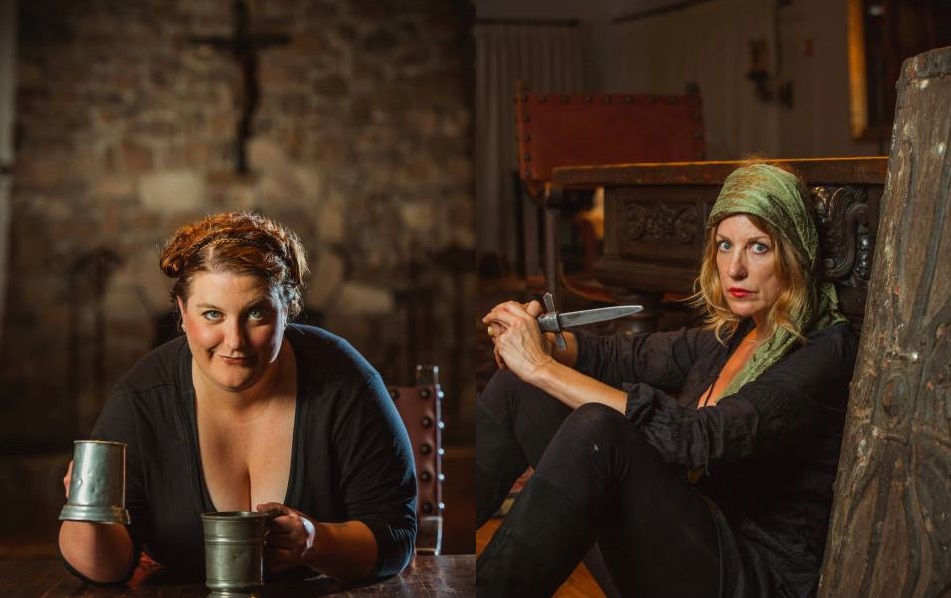 Sprinkled in among the comedy you’ll find just enough drama to ground the levity. A heartfelt soliloquy to love by one of the fools was surprisingly perceptive, and a father and son duel à la Hamlet ended in a delicious turnabout.

If their creativity and quick thinking isn’t enough to make the evening a rousing success, it’s almost as much fun seeing what happens when they get into a snag and have to dig themselves out. Watching an actor process her thoughts in real time is hilarious when you know she has to make a hard left to head off a dead end. As an audience member, that’s the joy of living in the moment and reveling when said actor pulls it out, which she always does, usually to thunderous applause.

No matter which way the story advances, it’s sure to end in merry-making and, on this night, a wedding, in true Shakespearean fashion. Best of all, every performance will be a new story so you can go as often as you like and never see the same show twice. Yes, these chicks rule. Let the comedy games begin!