Occupation, A Provocative Look at the Future After War 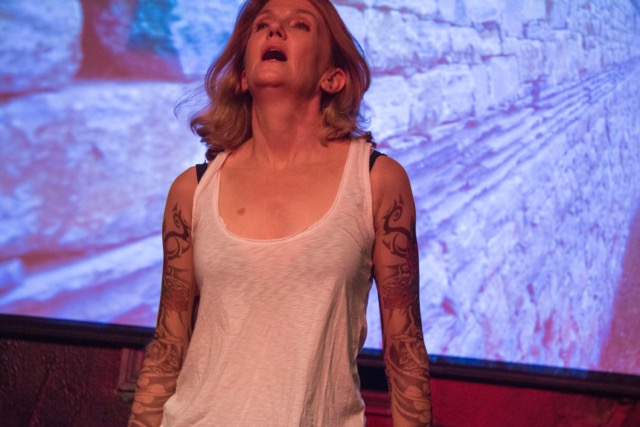 We meet five women in Merri Biechler’s new play Occupation – three mothers and two daughters – none related by blood, all connected by something larger. The United States looks completely different than it did five years ago, before the terrorist takeover by an unnamed faction. Martial law is in effect. An undercurrent of anger bubbles just beneath the surface and we are told repeatedly that these are days of caution.

Deftly directed by David Robinson and produced by Foundry Theatre Works for the Hollywood Fringe Festival, this disturbing vision of a possible American future is a provocative commentary on the fallout of war. “You can’t kill one thing without setting off a chain reaction you can’t control,” says the Garden Mother (Theodora Marcelline). Those words send a shiver down your spine with the realization that this future is not such a far-fetched reality. Those in power may exercise the illusion of control but it is fragile at best and prone to dwindle away at any given moment, as witnessed in Biechler’s cautionary tale.

In this new world order, each of the women has taken on a different occupation (another twist of the title), one based on the needs of a society where suicide bombers abound and survival is the goal of the day. Those details are revealed slowly through a series of fragmented scenes over the course of the show’s 80 minutes and in them we find birth, death, hope, and horror all addressed with chilling efficiency.

It does take some time to orient yourself to the Brechtian style of the piece, with its repetitious language and didactic approach to the storytelling. Rather than trying to make sense of every piece of information as it is given, take it in as a whole. What appears cryptic at first will be made clear by the end of the play and when all those pieces align, the resulting picture is one that will make you think long and hard about the consequences of our actions today. Occupation’s message packs a powerful punch. 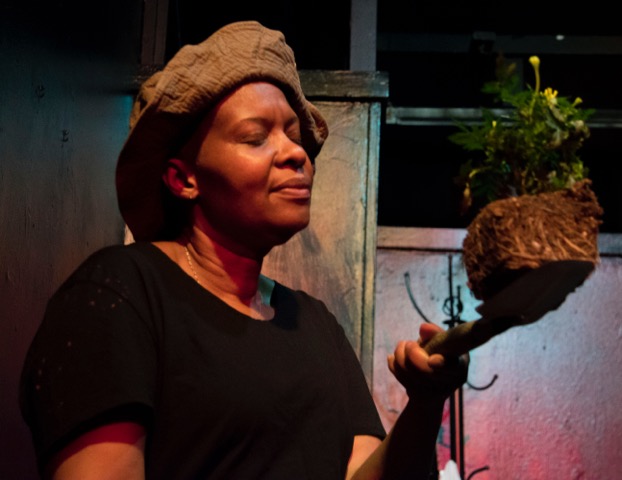 Marcelline’s reinvented version of Mother Nature embodies a reverence for her post that is as comforting as it is necessary to this time while Jenny Ashe’s (Tattoo Mother) steadfast determination becomes the center around which the others converge. Weary to the bone, Ashe soldiers on in service to a heartbreaking mission. She is our narrator, of sorts, and it is through her taut performance and connection to the others that this world starts to make sense.

Olivia Powell (Tap Dance Daughter) lends a sad touch of the absurd, tap dancing around the stage in a sequined recital costume, and a twilight zone revelation about Monica Baker’s Delivery Daughter and Brynn Alexander’s Patriot Mother will drastically change the future for them both.

An increasingly percussive soundscape by Takeshi Miyahiro underscores the drama, which also includes projected videos of the past and the haunting refrain of “Que Sera, Sera” as a theme song. Merri Biechler’s Occupation is a sobering look at the future. One hopes there is time to divert its course.