New York City is full of tremendous buildings, but as we maneuver through the day, jockeying for position on the sidewalk, watching the TV in the back of the cab, or, worst of all, reading messages and texts as we dash along, we forget to look up and really see the brickwork or the beautiful windows, or the art deco details resplendent above the street-level retail.

People come from all over the world to admire New York’s architectural gems–the Empire State Building, Rockefeller Center, or the New York Public Library.  As New Yorkers, we owe it to ourselves to take a minute here and there to appreciate them too.

Where to start? There are so many and, of course, one Tomato’s favorite is another Tomato’s least favorite.

So, herein is my completely subjective list of New York’s Top Five feats of architecture. The list could easily be the Top Fifty without even stepping out of Manhattan. The recently updated book, AIA Guide to New York City, includes more than 5,000 beauties in five boroughs. 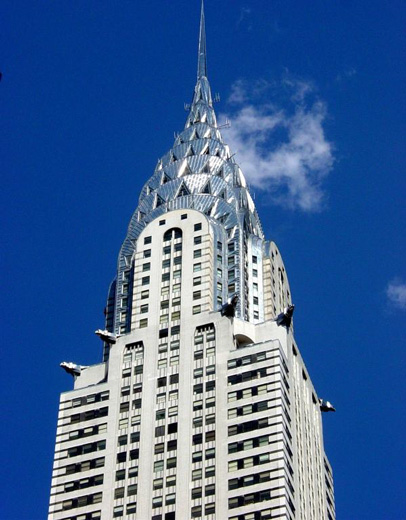 Alright, there’s nothing original about picking this as a favorite building since it is almost everyone’s favorite building. And so it should be; The Chrysler Building is an icon. It is New York City writ in muscular, self-congratulatory brick and steel. But when it was first completed in 1930 many people didn’t like it. Architecture critic Lewis Mumford deplored it for being too romantic.

These days, the arching steel crown with its triangular windows (and the zigzaging lights at night) just says “New York City.” 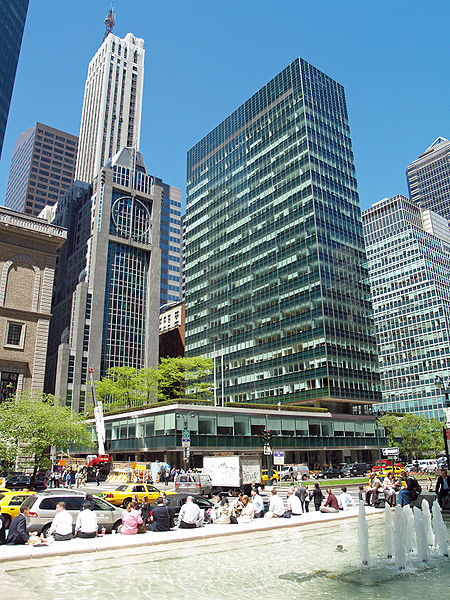 The cool blue-green glass of this 1952 icon is refreshing in the midst of all the gray that is New York. The building is notable for being the first “curtain wall” skyscraper in New York—meaning the glass walls are attached to the structure of the building rather than being part of the structure. The windows are sealed shut to prevent city grime from entering while making the heating and cooling system easier to control.

Unlike many modern buildings that fill every inch of their lot in order to maximize profit, Lever House has a ground-level  plaza for art displays and a low pedestal over this with a roof garden. The effect is airy, refreshing, and beautiful. 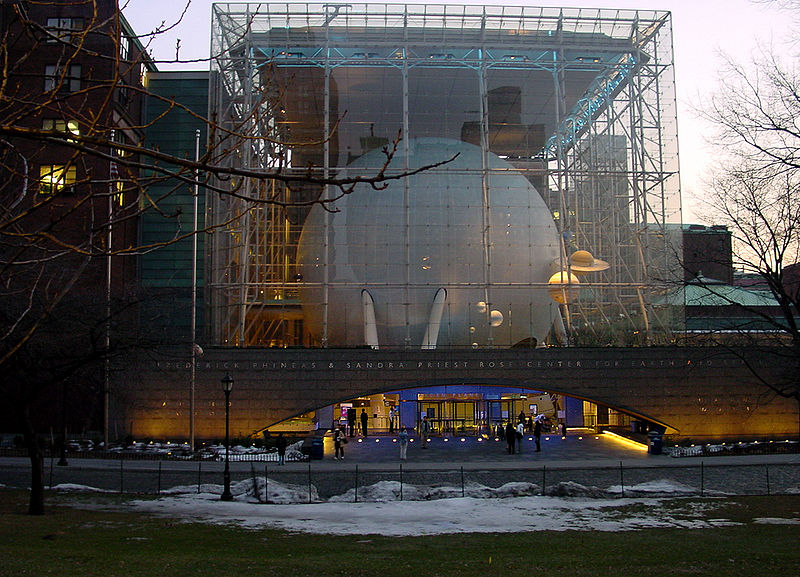 Part of the American Museum of Natural History, the Rose Center is a glass cube holding a series of spheres depicting our solar system. It is beautiful during the day but it is downright astounding at night, when the whole thing takes on a violet glow.

Completed in 2000, that glass cube is fascinating. You can see the trusses that support the building inside of it, but the glass is ethereal, especially as it sits astride the heavy masonry of the AMNH. This is the all-glass building at its very best. 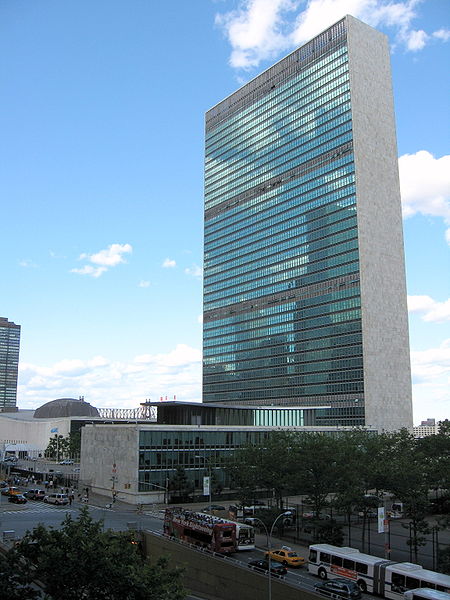 The UN is not a single building, but a complex of complimentary structures. It is the Secretariat Building that is most famous and perhaps most stunning in its simplicity. The tower’s pale blue banded glass on the east and west facades is accented by the solid marble tiles to the north and south.  Really, there’s not a lot more to it than that, though the site on the river, the open plaza and the low surrounding buildings, and the row of fluttering flags along the front make the whole effect that much more stunning. 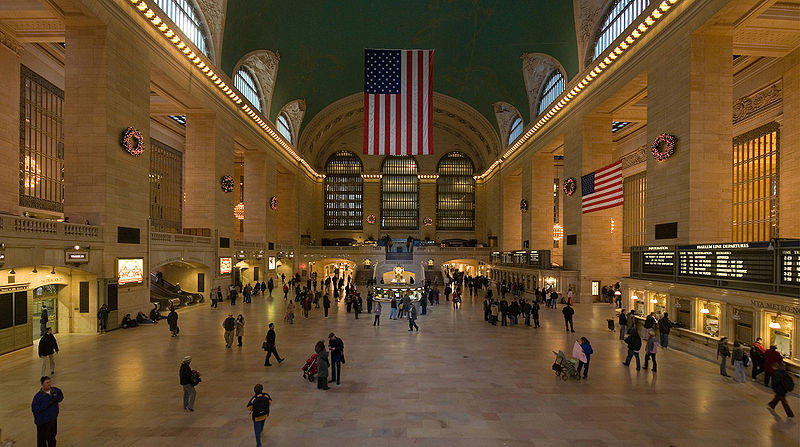 I run through Grand Central every day, along with millions of other people, but its beauty never ceases to amaze me. The ornate exterior features a lovely copper roof, notable carvings and statues, including those famous eagles, and a Tiffany clock. But it is the interior of this great building, completed in 1913, that is most splendid. From the turquoise-hued celestial ceiling painted with gold constellations to the tiled grottoes that hold the Oyster Bar, Grand Central is full of contrasts and special spaces that, despite its enormity, make this building personal.