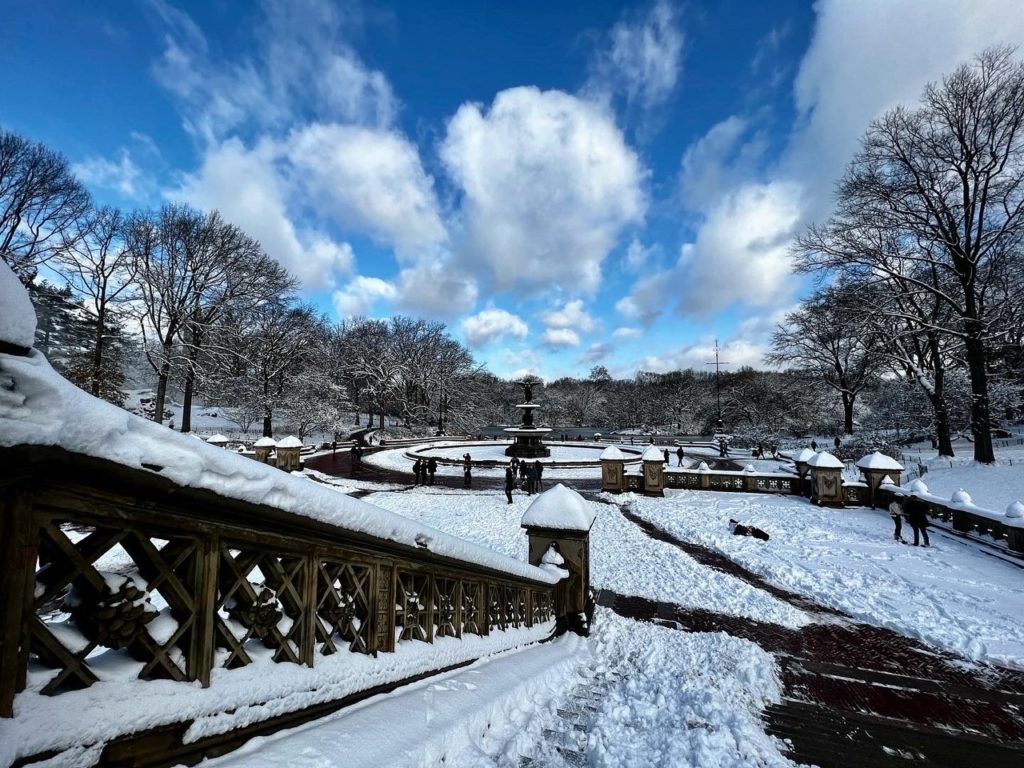 We love this suggestion that in honor of Dr. Martin Luther King, Jr., “just do something good.” And there are two awesome musical celebrations honoring him on Monday. Love is the air, and there’s a delightful evening of song coming up. Spring isn’t in the air yet, but we’re excited about new shows coming to Broadway. There’s an art installation in the Garment District. Valerie Smaldone’s New Year’s resolution was to do a whole-body reboot— no caffeine, alcohol, dairy, meat, and more. Check out how she’s doing. And our roving photographer shares some great winter scenes of our beautiful city.

Now to Feb. 13. New Art Installation in the Garment District 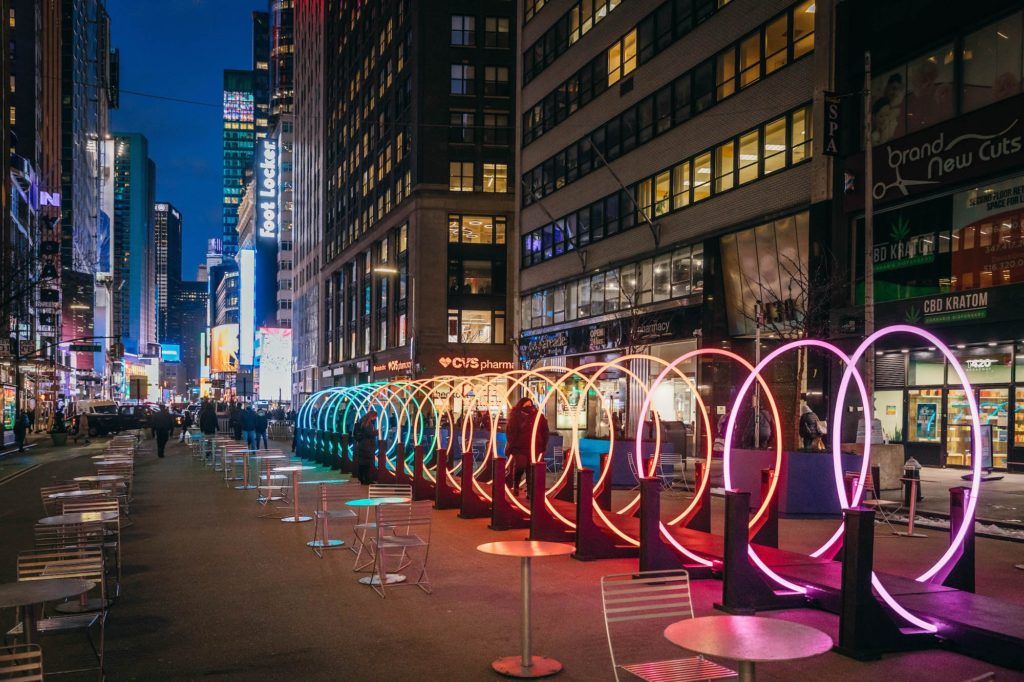 There’s a fun new art installation that you can walk through in the Garment District. Passage, revealed by The Garment District Alliance is a glowing tunnel exhibit that consists of 20 illuminated circles that form a tunnel for pedestrians to walk through. The art piece is interactive, with each ring radiating light and emitting sound as participants pass by them. 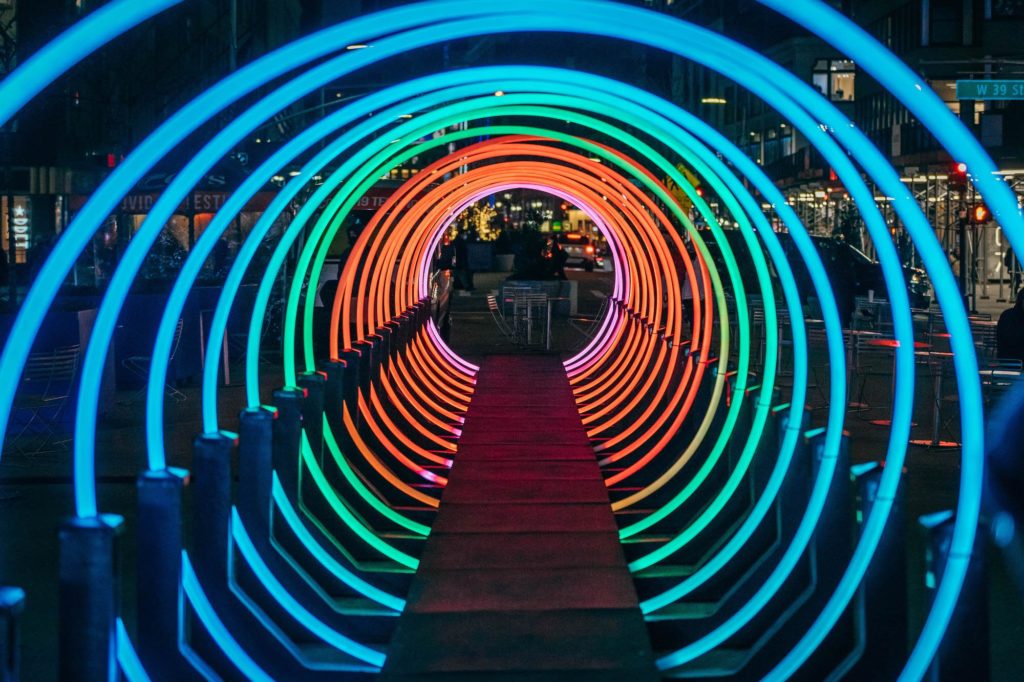 “Passage is truly a fantastic exhibition that has transformed the pedestrian experience on Broadway with its bright, colorful presence,” Barbara A. Blair, president of the Garment District Alliance said. “As we kick off the new year, we encourage New Yorkers and visitors to enjoy this outdoor immersive installation as part of their visit to the Garment District.” 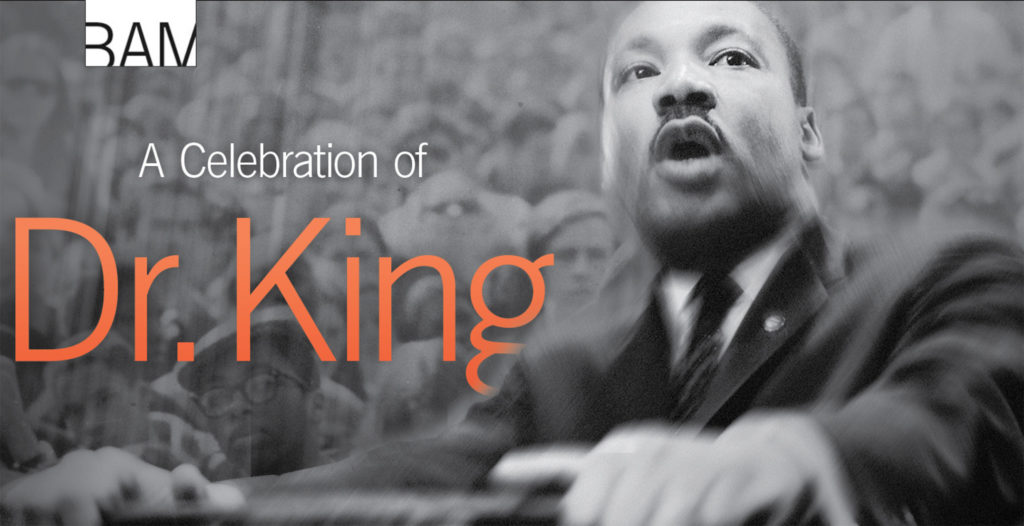 This is NYC’s largest celebration of Dr. King’s Life. You can join live at the Brooklyn Academy of Music (BAM) or via livestream for this beloved Brooklyn tradition, which rings in a new year with music, dance, and an invigorating call to action. Led by keynote speaker Dr. Imani Perry, this year’s tribute encourages us to continue in Dr. King’s radical spirit: relentlessly pressing forward in pursuit of justice—even against the odds—and celebrating the strength and power of community to create change.  Jan. 17, 10:30 a.m., 30 Lafayette Ave., Brooklyn, Free. Learn more.

Head to Sony Hall in midtown to heart the world-famous Harlem Gospel Choir. The Choir was founded in 1986 by Allen Bailey, who got the idea while attending a celebration in honor of Dr. Martin Luther King Jr. at the Cotton Club in Harlem. The Choir presents the finest singers and musicians from Harlem’s Black Churches and the New York/Tri-State area. The Harlem Gospel Choir has shared its message of love and inspiration with thousands of people from various nations and cultures. The Harlem Gospel Choir’s songs of gospel and inspiration will touch the depths of your soul and lift your spirit to angelic heights, with sounds that are unfettered, joyous, and inspirational.

Our roving photographer, Nicole Freezer Rubens, writes, “Some say January is the cruelest month, not April. As we wade cautiously into 2022, we are hunkering down. The temperature in New York City has been steadily frigid. I appreciate the emptier streets and the beauty of the snow- and ice-covered avenues. Hang in there, April is just around the slushy corners!” Nicole is the author of The Long Pause and the Short Breath.  Follow her on Instagram@nfrconsult. 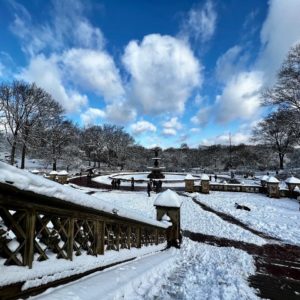 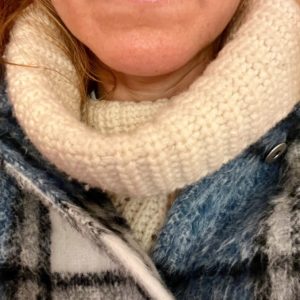 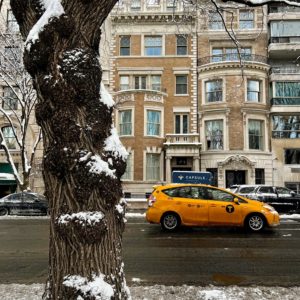 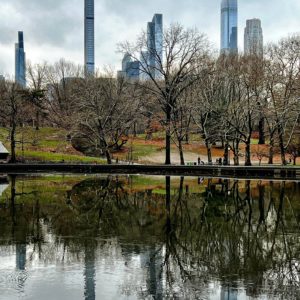 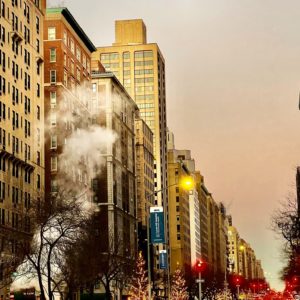 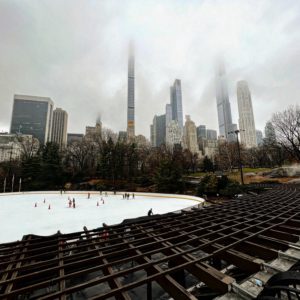 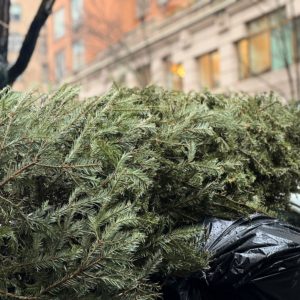 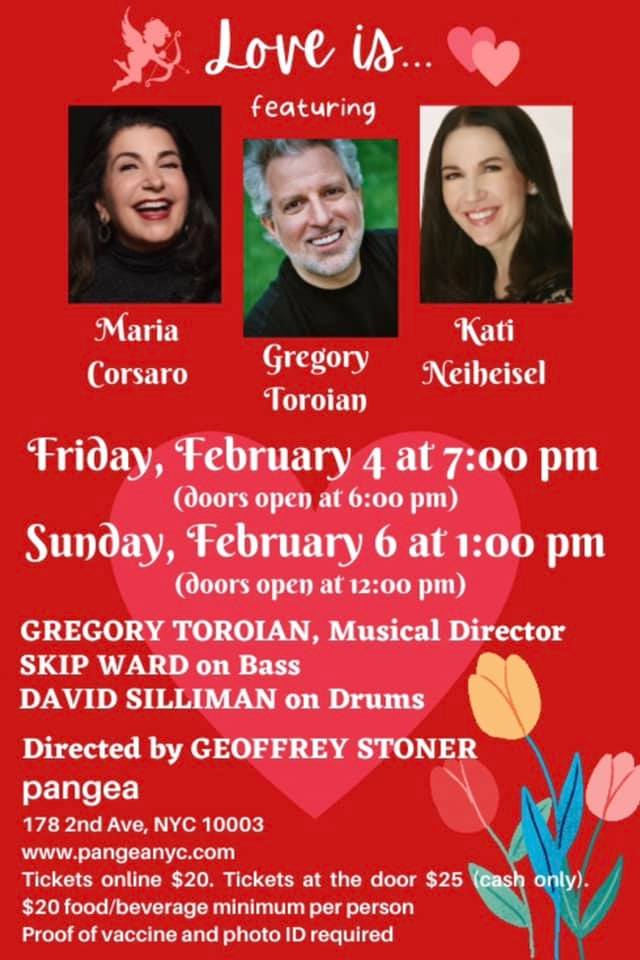 Broadway is back and like all of us, dealing with the ups and downs of life in the pandemic. Let’s hope by spring Broadway and all of us are back in full spring. Carol Ostrow who heads up Theatre4Groups where you can buy group theatre tickets, gave us the scoop on three shows coming to Broadway this spring. Exciting! For group sales info click here: http://theatre4groups.com/ 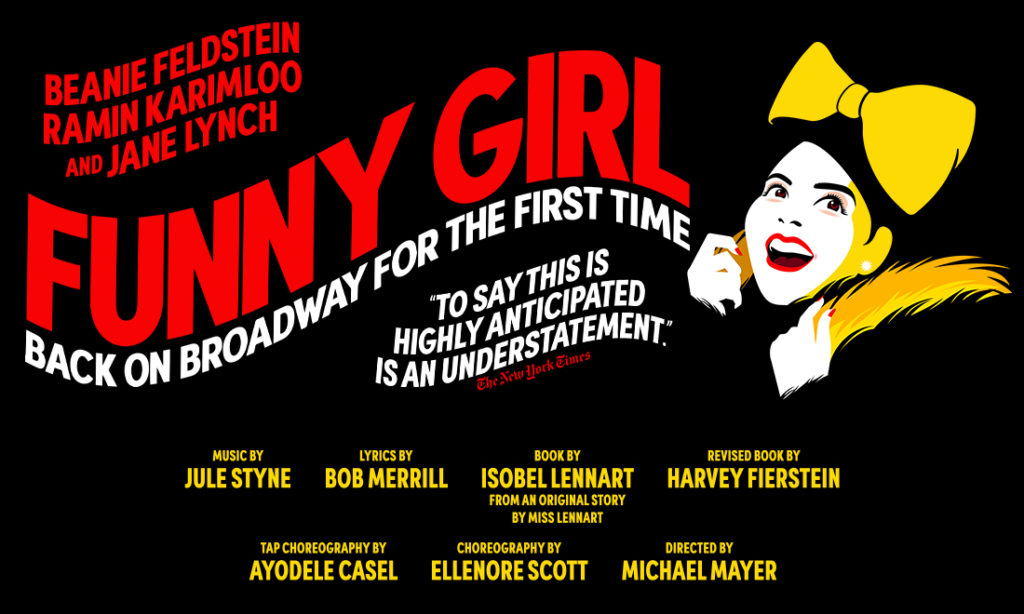 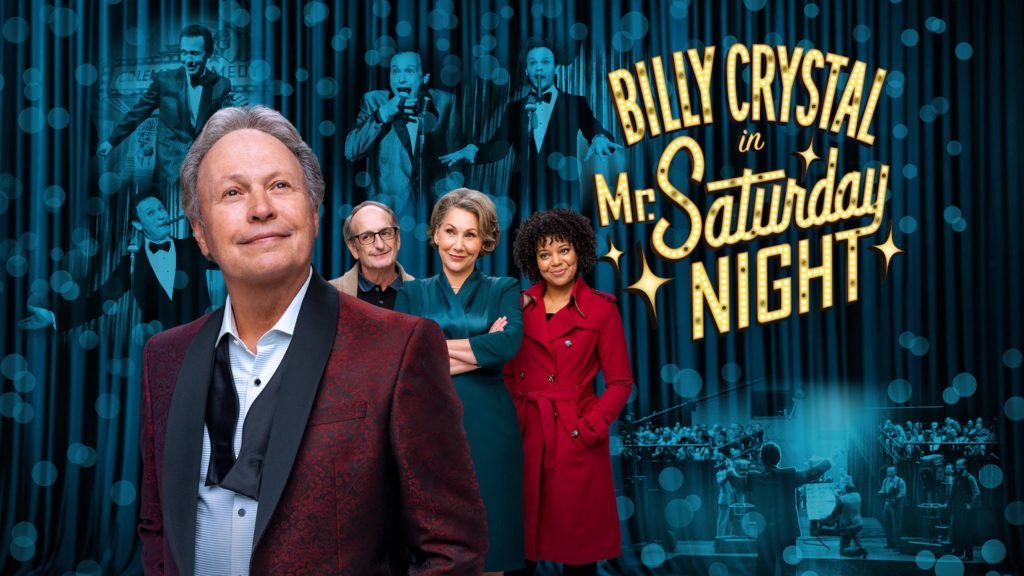 Billy Crystal returns to the role of Buddy Young Jr. in Mr. Saturday Night on Broadway; a role he portrayed in the original 1992 Columbia Pictures film of the same name, which also marked his directorial debut. Mr. Saturday Night is the story of Buddy Young Jr., an outrageous and outspoken comedian who found fame, if not fortune, in the early days of television. Now, some 40 years after his TV career flamed out, Buddy seeks one more shot at the spotlight, and while he’s at it, one last shot at fixing the family he fractured along the way. 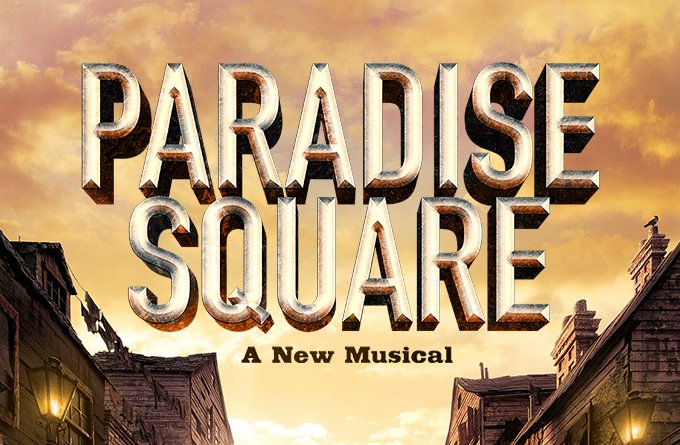 New York, 1863. An accidental society held the promise of what America could be. As the Civil War rages on, free Blacks and Irish immigrants live and love together in the unlikeliest of neighborhoods – the dangerous streets and crumbling tenement houses of Lower Manhattan’s notorious Five Points slum. Within this galvanizing story of racial harmony undone by a country at war with itself, we meet the denizens of a local saloon called Paradise Square. These characters include the indomitable Black woman who owns it; her Irish-Catholic sister-in-law and her Black minister husband; a conflicted newly arrived Irish immigrant; a fearless freedom seeker; an anti-abolitionist political boss; and a penniless songwriter trying to capture it all. They have conflicting notions of what it means to be an American while living through one of the most tumultuous eras in our country’s history.