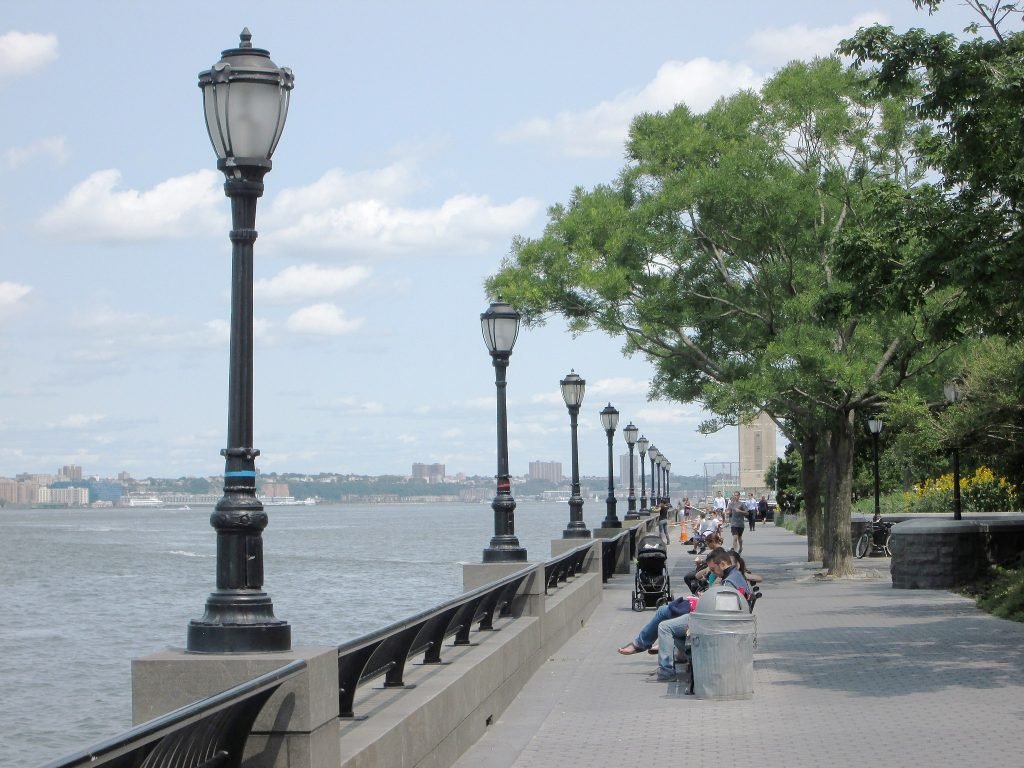 Last call for our Renewal Summit! Don’t miss out. The Hungary Live Festival, music, film, dance, and more is back in NYC — and it’s FREE. We have a special discount for theatre tickets to two classic shows at the Sheen Center. The new exhibit from the Costume Institute at the Met, is now open and we have a preview. It’s art week and our roving photographer was at the Jean-Michel Basquiat Exhibit. Lace up those sneakers, because we have the ten best running, walking spots in NYC. Valerie Smaldone reviews Hangman now on Broadway. Got talent? We want you! 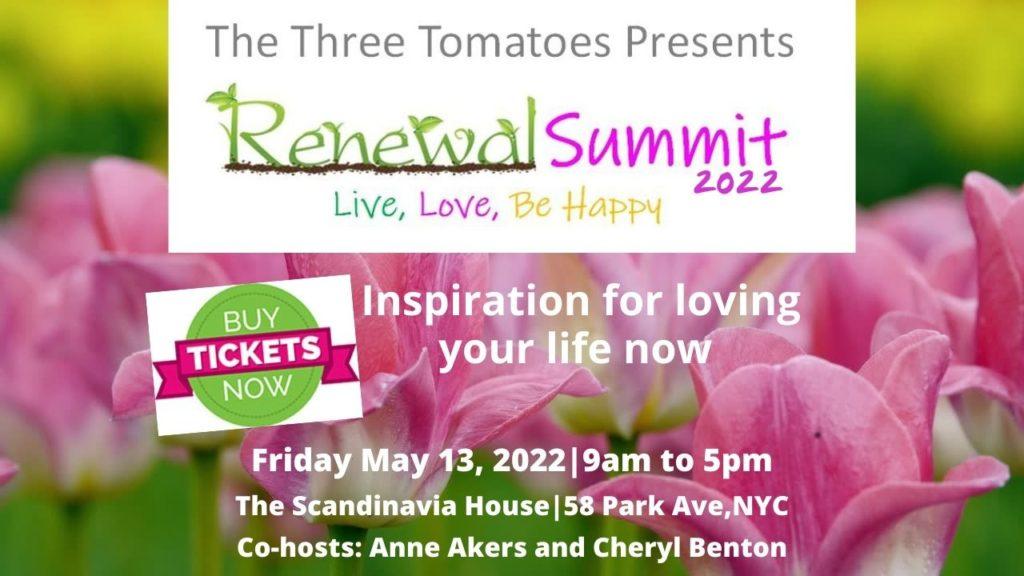 Don’t miss out!  GET DETAILS.

The Hungary Live Festival is a show case of performing artists and dance, film, music, and art and it will be fabulous. Most events will take place at the HERE Arts Center at 146 Sixth Avenue, NYC. There will be theatre performances, film screenings panel discussions and so much more. All events are FREE but you must RSVP.

This year’s program includes Kristóf Kelemen’s Observers, DollarDaddy’s East, Éva Duda’s Mirror, Krisztián Gergye Company “…and Echo” and László Göndör / Éva Katona’s I’ve Dreamt with my Grandmother. A theatrical adaptation of Pál Závada’s literary prize nominated novel, A Market Day, will be performed as a staged reading in English, directed by János Mohácsi and featuring American actors. Renowned Hungarian film director Gábor Herendi’s new film Toxikoma has already been a great success in Hungary, and now will be screened during the festival, followed by a panel discussion with one of the film’s main actors, Áron Molnár, and producer Gabriella Illés.

May 7—Sept. 5 Met’s Costume Institute: In America: An Anthology of Fashion 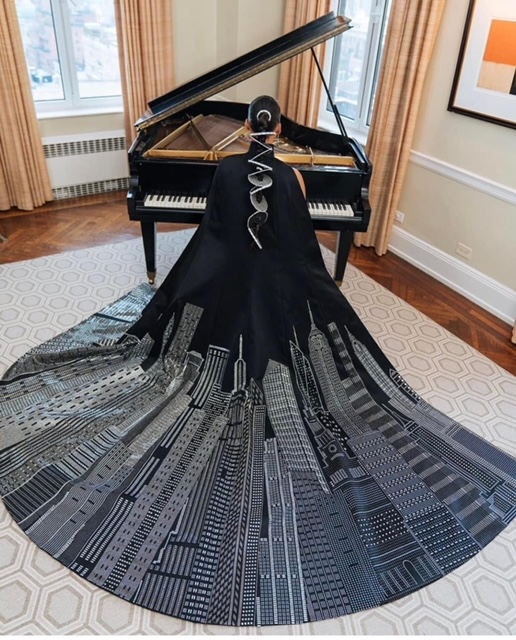 The Met Gala earlier this week kicked off the latest exhibit of the Costume Institute at the Met. The gowns worn at the gala are always interesting, sometimes controversial, but always fun to see. Our favorite this year was this cape worn by Alicia Keys.  Ellen Easton had a preview of the new exhibit and is sharing some of her fabulous photos. Add this to your must see list. GET THE DETAILS.

The artist Jean-Michel Basquiat started out as a graffiti artist on the streets of New York City who went by the tag Samo, and achieved global recognition as he rose to fame in the 1980’s.  Before he died of a heroin overdose at 27 in 1988, his easily recognizable work reflected the imbalance in class and race that he expressed with signature simple markings and language. Since 1988, the value of his artwork has continued to increase, breaking a record price of 110.5 million dollars at auction in 2017.

The current show King Pleasure at the Starrett Lehigh Building in Chelsea is one of the best I’ve seen. It was lovingly curated by his two younger sisters and presents rarely seen work and great insight into his upbringing and home life in Brooklyn. This inspiring, immersive show is a feel-good tribute to a beloved legendary artist, who continues to tell a relevant narrative for our time. Get a ticket while you can! 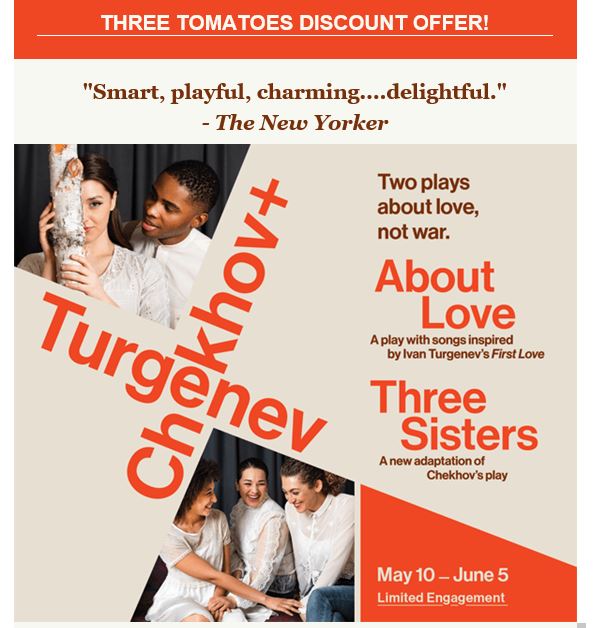 We have a special discount offer for theatre tickets.  Blueprint Productions presents Chekhov + Turgenev, two Russian classics presented in repertory, and scored in jazz: About Love, a musical play with songs, inspired by Ivan Turgenev’s novella, “First Love”; and Three Sisters, a sparkling new adaptation of the play Anton Chekhov. Both productions are adapted and directed by Will Pomerantz, and feature an original jazz score by Nancy Harrow, performed nightly by a live jazz quartet.  Chekhov + Turgenevplays a four-week repertory, May 10 through June 5 at The Sheen Center (18 Bleecker Street at the corner of Elizabeth Street, NYC) in The Frank Shiner Theater.

NYC is a great city for running, walking, and biking. From Brooklyn Bridge to Central Park there are beautiful scenic places to get your exercise, so get off that boring treadmill or stair master. 6sqft has their picks of the 10 most iconic running spots. Get the list here.