Hangman: Many twists and turns 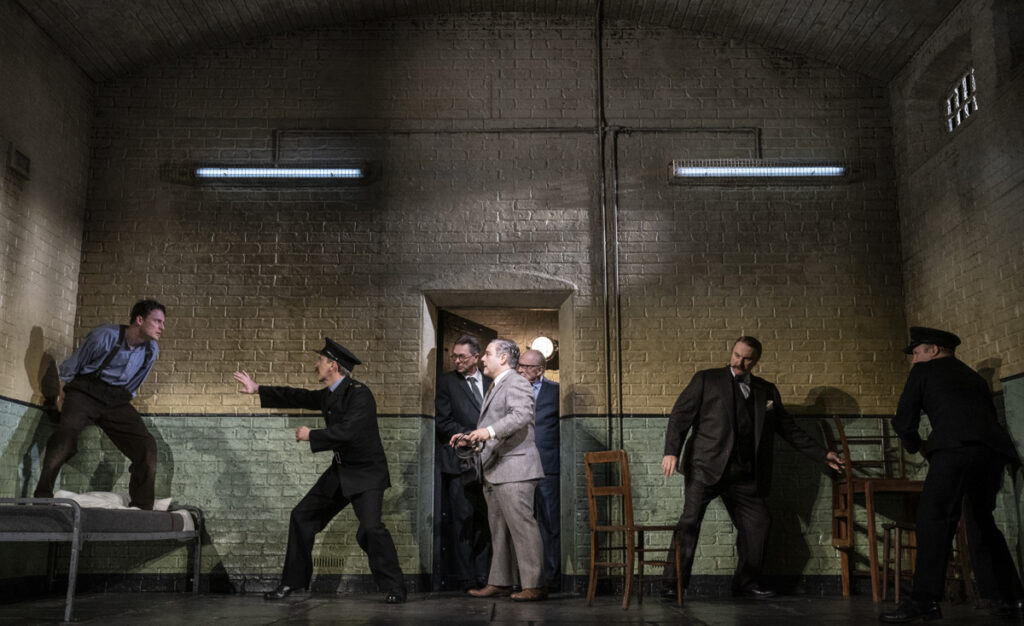 The premise of this play surely sounded interesting and unique. It’s the mid 1960’s.

Harry (the fabulous David Threlfall) is England’s second most famous hangman who is forced to hang up his noose once that form of capital punishment is outlawed in the land. He retires to run the family pub in a small town in the north of England, where regulars hang out (sorry can’t help it!). (We meet the UK’s most famous hangman later in the play, just so you know.)

Harry blusters about, berates his patrons, bullies his wife, and is tough on his “mopey” 15-year-old daughter. Everyone wants to know what Harry thinks about the abolition of hanging, and a reporter grabs an exclusive interview.

The characters in Hangmen are rich, with sharp dialogue, and completely steeped in dark humor.

I must caution you; the north England accent is quite challenging. As Americans, we are not especially familiar with this English dialect, and the actors do speak quickly. But in time, your ear will start to adjust.

Nonetheless, you will be thrilled by the set design-wonderfully crafted by Anna Fleischle, who also handled costume design. Especially amazing is the transition of the first scene into the second, after Hennessy, a man counting minutes to his execution, vehemently and pitifully claims he is wrongfully accused. He is the last man hung. The specter of Hennessy comes back into play in the second act, raising the question, perhaps he really was innocent? 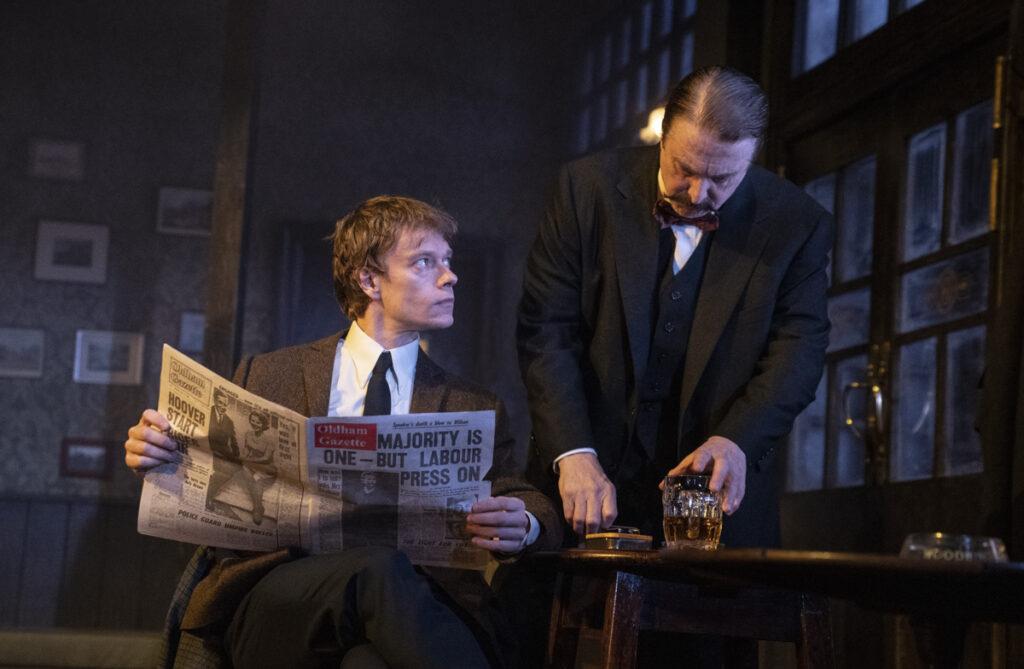 Alfie Allen (known for starring in Game of Thrones) makes his Broadway debut in the role of Mooney, an upscale looking stranger who shows up at the pub with a different accent and a mysterious air.

Who is this stranger from London? Why does he want to rent a room at the inn?

When he insults Alice, Harry’s wife, hilariously played by Tracie Bennett, she throws him out. But he returns and charms their daughter Shirley (Gaby French), who then disappears.

That’s as far as I want to go with the plot. It becomes a piece of intricacies with many twists and turns and deliciously unfolds.

Martin McDonagh is a skilled playwright. Author of the equally grimly humorous and diabolical A Behanding In Spokane, McDonagh’s writing in Hangmen is joyful to experience as it is a masterpiece of writing.

Directed by Matthew Dunster, all the characters are pitch perfect. Hangmen can be considered an odd topic for a play, and despite the dialect difficulties, and the length of the play, I highly recommend it.