Our roving photographer take us to Long Island’s Atlantic Beach, where some of the first beach clubs popped up 100 years ago. For more nostalgia we have a video of NYC in 1911. We are so excited about Broadway’s return this fall. We have the list of the list of shows returning and links to buy tickets now. But you don’t have to wait ‘til fall for live shows. Celebrity Autobiography returns to our favorite cabaret theater, The Triad, next month. Valerie Smaldone recommends a wonderful encore virtual play with a stellar cast. Our Broadway Babe is back with awesome streaming picks. Check out Cintrova and make sure to visit Little Island.

August. CELEBRITY AUTOBIOGRAPHY is back at the Triad!

CELEBRITY AUTOBIOGRAPHY is the award-winning, international comedy Broadway sensation that features stars acting out the autobiographies of…other stars.  The show has been critically acclaimed around the world from London’s West End to Australia’s Sydney Opera House to Broadway!  Among the performers scheduled to appear are: Mario Cantone, Jackie Hoffman, Alan Zweibel and more. Get details and tickets.

This documentary travelogue of New York City was made by a team of cameramen with the Swedish company Svenska Biografteatern, who were sent around the world to make pictures of well-known places. This film was shot in 1911 and restored by MoMA from the original nitrate print of the film.

Opening and closing with shots of the Statue of Liberty, the film also includes New York Harbor; Battery Park and the John Ericsson statue; the elevated railways at Bowery and Worth Streets; Broadway sights like Grace Church and Mark Cross; the Flatiron Building on Fifth Avenue; and Madison Avenue.

A number of shows are returning, including Hamilton (mezzanine tickets are $149) and several other shows, like Lion King, Chicago, Tina Turner, Wicked, Come from Away and more. And The Music Man goes into previews in December and you can get tickets now! Get the updated lists from Playbill.

When Life Gives You Lemons

Now this is cool. Located in a new hub called Manhattan West (near Hudson Yards) Citrovia is an interactive, outdoor installation that transports visitors to a sprawling, fantastical citrus garden. Larger-than-life and stranger-than-fiction, Citrovia features thousands of oversized, hand-painted lemons, leaves and trees, and billowing fabric clouds that can mimic sunrise and sunset. Check it out.

Little Island is a Must Visit

There are so many reasons to visit Little Island, NYC’s newest park. When it first opened a few weeks okay it was nearly impossible to get in, but it’s easier now. From 6 am to noon you do not need timed (free) tickets. From noon until 1 am closing you do. There are activities of all kinds every day, including workshops and music. And tickets are now on sale for the September Dance Festival. Check it out.

Atlantic Beach: A Quick and Easy Getaway Back in Time

If you grew up on Long Island you probably know Atlantic Beach and remember the beach clubs. It’s a hidden treasure not from New York City and every summer people flock to it’s beautiful beaches and classic boardwalk. Here are some awesome photos capture by our roving photographer Nicole Freezer Rubens (author of The Long Pause and the Short Breath) on a recent visit. 100 years ago beach clubs began to pop up. Today many still echo their original design and spirit which Nicole says always reminds her of the movie The Flamingo Kid. It’s a quick and easy getaway back in time. 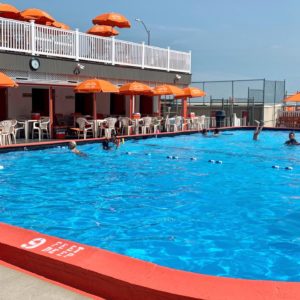 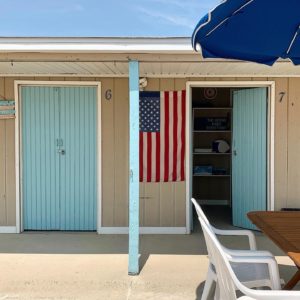 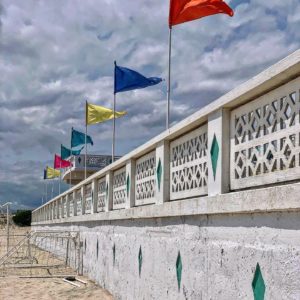 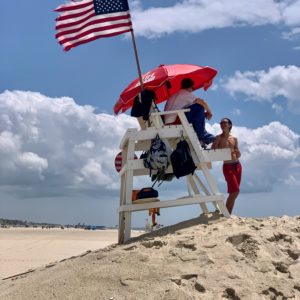 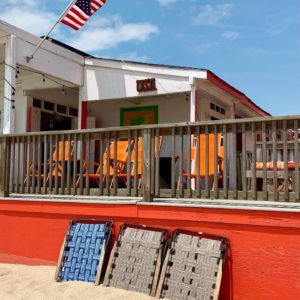