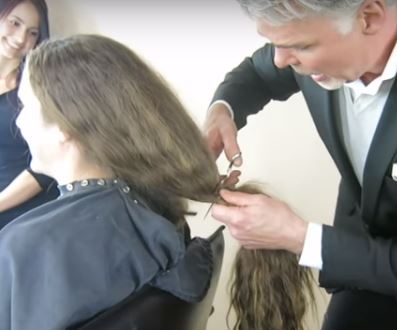 Not only did Elise have hair that was down to her wrists, but it was also curly and bushy. Christopher gave her a shoulder length cut, then added highlights and spruced up her makeup. Such a dramatic change.