Music that Heals: An Anti-Bullying Concert

by Anne Akers, Cause Connector

Portraits of Healing:  Tyler’s Suite and the Music of Ola Gjeillo

Many are familiar with the untimely death of Tyler Clementi, a talented young musician who died by suicide after being bullied by his roommate during his early days at Rutgers.

Most likely, we are less familiar with the events that followed, including the formation of the Tyler Clementi Foundation, whose mission is to end all forms of online and offline bullying in schools, the workplace and in faith communities.

The story of Tyler Clementi has reverberated through  the  music and entertainment industry, inspiring composer Stephen Schwartz (Wicked/Pippin) and Dr. Timothy Seelig, Artistic Director of the San Francisco Gay Man’s Choir, to collaborate on  a 9-piece choral movement, which put to music the voices and experiences of Tyler and his family.  Said Stephen Schwartz, “the story of Tyler reminds us that every life lost because of bullying and bigotry is a specific individual tragedy.”

First performed in 2014 by the San Francisco Gay Man’s Choir, Tyler’s Suite spans musical genres from classic to contemporary,Broadway and cabaret.  Under the auspices of Distinguished Concerts Orchestra, the NY Premiere added  female voices and drew upon the passionate and innovative musicality of 17 different choral groups, coming from as near as Queens, New York and as far as New Zealand. Thus, a group of almost 500 musicians came together in a virtuostic harmony that truly reached the skies and touched the heart.  Below are lyrics from just 2 of the 9 songs from Tyler’s Suite, which  included “I Love You More”, “Just a Boy”, “The Tyler Show”, “Brother Because of You” and a whimsical and upbeat composition of “The Unicyle Song”, celebrating not only Tyler’s skills on the violin but also a unique talent in mastering the Unicycle.

“If you feel I don’t belong because I hear a different song,

your world is much too small

– From I Have Songs You Haven’t Heard

“Stop to help the one out on the edge,

Carry those who can’t go on.

For the greatest distance I can find is the one between your heart and mine.

Though the bridge may seem narrow

If we walk together toward tomorrow

It is plenty, plenty wide.

– From The Narrow Bridge

As I managed to contain  a whirlpool of emotions from my own memory bank, particularly at “I Love You More”, I looked around the audience and wondered what untold stories might be among those who chose to spend this Sunday together.

Including mothers, fathers, couples, singles. probably some lonely souls and others with heavy hearts.  However, whatever one’s disposition, the power of music to heal, to elevate, and to inspire was the message of the day and it was told, and felt, in this truly memorable musical experiences for performers and the public alike.

Finally, when discussions about this collaboration began almost one year ago, the decision was made by Distinguished Concerts to introduce the day’s program with Ola’s music for chorus, piano, and string with Ola at the piano.  Among the most sought after performers in the choral world, his music is often described as cinematic and evocative, lush and harmonious.  From his selection emerged the concept of the Phoenix, most often associated with spiritual growth and renewal, which was beautifully threaded into each of his soulful compositions.

In the voice of Tyler’s mother who concluded the day’s concert , the Tyler Clementi Foundation is a “call to action” for all those who honor the value of the human spirit and personal dignity.  She issued  a personal plea to stop and think for a moment before sending any message thru social media that tears down, and does not elevate another.  In this hostile social environment, this is indeed a message for the ages. 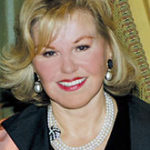 Baby Boomers, “empty nesters”, retirees, and Tomatoes, all have invaluable experiences, knowledge, stories, and “gifts to give” for the many causes that are deserving of our attention.Anne Akers is a great “cause connector”.  She has been involved in many levels of not-for-profit work for decades, including Gala Committees, board service, and much more, with an emphasis on women’s health, financial literacy, military women, and female empowerment.  In addition, you may know her as the Founder/Editor in Chief of GLOW Beauty, Health and Wellness Magazine; the Founder/Publisher of Castle Connolly Graduate Medical Publishing; co-Founder of MDPublish.com, an Author Coach/Consultant and a business development/marketing specialist in the alternative and traditional medicine fields.