I Can’t Believe It’s Me!

Those were Cheryl’s words (pictured here in the before and after) after her wonderful makeover with Christopher Hopkins and his team. 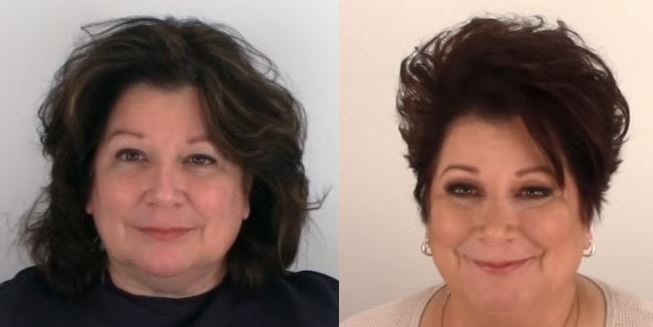 Christopher created a dramatic show of shape which flatters her pear-shaped face. Christopher said, “I love that, to me, she actually looks like the person I could feel was inside”.