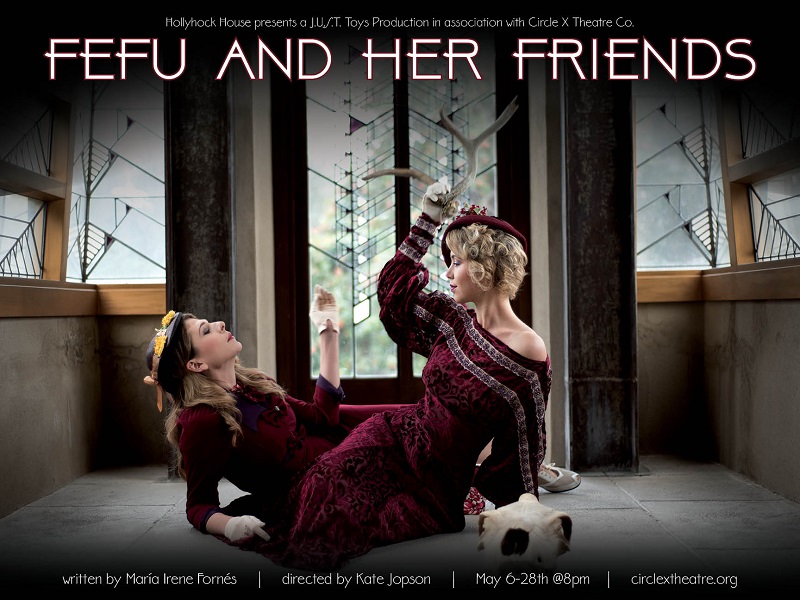 Nearly a hundred years after Aline Barnsdall first envisioned an artist colony on Olive Hill in the middle of Hollywood, the public will have a rare opportunity to experience her dream come to life. From May 6 – 28th, Hollyhock House, in partnership with Circle X Theatre Co. and J.U.S.T. Toys Productions, will present María Irene Fornés’ play Fefu and Her Friends inside the historic venue. This is the first time (and possibly the only time!) you’ll be able to see a play here. Only twenty audience members are allowed per performance so don’t hesitate to make reservations now!

Hollyhock house was built between 1919 and 1921 for a fiercely independent woman. Barnsdall was ahead of her time in an era when most women could only aspire to be wives and mothers. Instead, thanks to the oil fortunes of her father and grandfather, she traveled the world studying avant-garde theatre and supporting causes that aligned with her passionate resistance to the norm. Eventually she landed in Los Angeles and commissioned Frank Lloyd Wright to build her a dream.

Director Kate Jopson found many similarities between Barnsdall and Fefu, the play’s leading character. Rather than be dictated to by the patriarchal world around them, each decided to forge her own path. Here are some of Kate’s thoughts about the work. 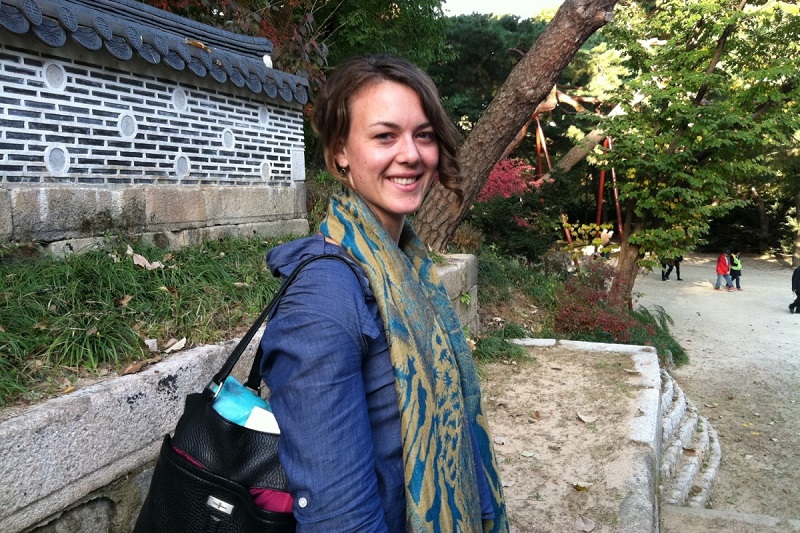 “I had always been interested in the story behind Hollyhock House and about Aline Barnsdall and her relationship with Frank Lloyd Wright, the architect. The radical causes that she supported in the early twentieth century, the women she supported like Emma Goldman, the fact that she had a child out of wedlock and wore that proudly, the fact that she brought all these architects to California, how she shaped the area and Hollywood… she was such a strong, interesting force in her time.

Frank and Aline had a challenging relationship and Fefu and Her Friends is all about how men have created the society that women then must live in and learn how to deal with. There is so much resonance between the themes of the play and the history of the space. Hollyhock House was designed by a man, and it’s beautiful, but it never really felt like her home. I thought that was very poignant.

The play explores how society limits human expression (particularly for women) and how our spirits fight against unjust societal restrictions. It is very rich but I couldn’t direct it if I didn’t have a personal moment when reading it where I felt almost ghosted by it, like it was speaking something I wish I’d always spoken but was never able to.

Some people define María Fornés’s work as abstract realism. I love that because there are characters and dialogue that you can relate to that pull you in, and then you’ll get hit from the side with this other more abstract symbolism that strikes you in the gut. Theatre works so well on that level. It’s alive. It’s an art form that is generated in front of you every single night so it isn’t complete until you have an audience.”

Fefu and Her Friends runs May 6 – 28, 2017. Tickets are available at http://circlextheatre.org/fefu. Performances are Saturdays, Sundays & Mondays at 8pm (with an added performance on Friday, May 26). Hollyhock House is located at 4800 Hollywood Blvd., Los Angeles, CA 90027.